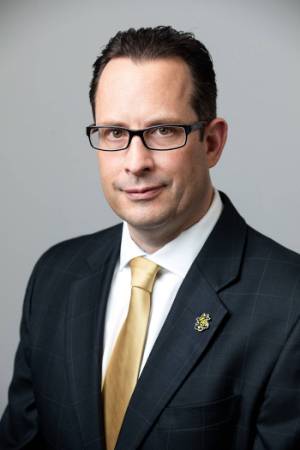 Andrew Hippisley, dean and professor of linguistics, is a strong believer in and advocate for a liberal arts experience. As dean of the Fairmount College of Liberal Arts and Sciences, he will serve as champion-in-chief of a liberal arts education as an intrinsic value whose scope is the whole person, creating a desire to treat career as their calling in life.

Hippisley’s career history encompasses administrative and academic positions. He served as the inaugural chair of the linguistics department at the University of Kentucky from to 2016-2018. Prior to that he held positions as the director of the linguistics program and the director of its graduate studies, and as chair of the University Senate Council. He is a fellow of the Linguistic Society of America, the American Council on Education and the Southeastern Conference Academic Leadership at the University of Kentucky.