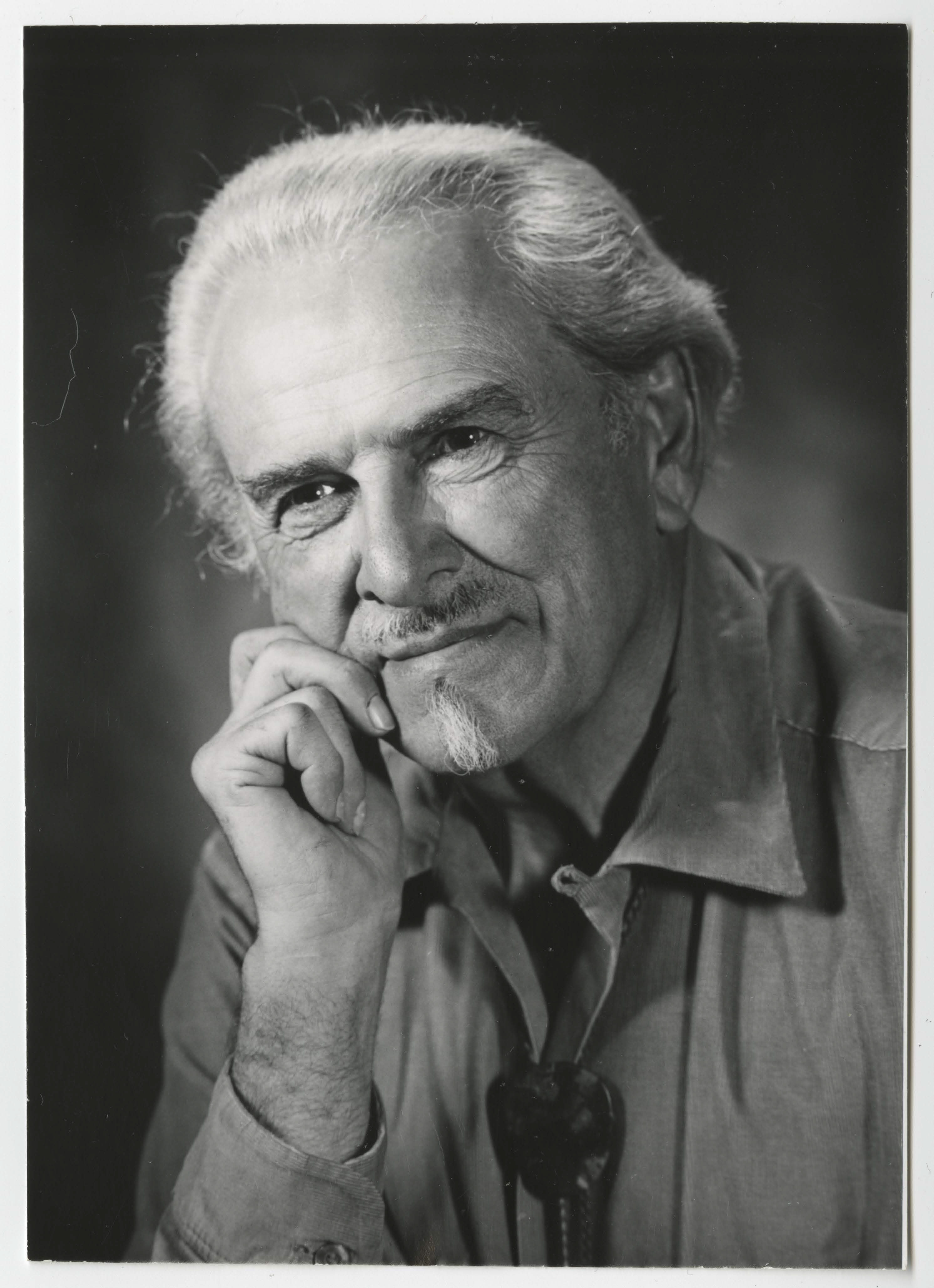 Born on a farm in Osceola, Wisconsin, Clayton Staples knew he wanted to be an artist even as a child. He went to Minneapolis, Minnesota to study art, then to Chicago to obtain a more formal art education at the Art Institute of Chicago. In 1930, after a brief tenure at Illinois State University, Staples was offered a position at the University of Wichita, now Wichita State.
By the time Staples assumed his position here, he had traveled the world, visiting the great museums of Europe, North Africa and the Middle East. During his tenure as director of the art program, he built a tradition that brought national attention to WU, through the development of the curriculum and the remodeling of building space. Because of the high quality of education offered, the University was able to offer the Bachelor of Fine Arts degree. The University hired more teachers and staff and added the first advanced art degree program to be offered in Kansas, the Master of Fine Arts, one of the first ten MFA’s to be offered in the United States.
In addition to growing the art department at the university, Staples remained active in the community and also continued to develop his own art career. He painted regularly and spent his summers in Gloucester, Massachusetts with some of the foremost artists of his time. During these summer visits, he painted spectacular seascapes and harbor scenes, which earned him praise from critics, art lovers and his fellow artists.
Upon retirement, Staples moved to Colorado where he continued to paint and conduct a summer art school. His favorite subjects were landscapes of the scenic area, many of which included his home and school. It is apparent that Staples regarded Kansas as home and thought fondly of his years at Wichita University because he left many paintings, as well as money, to the University upon his death in 1978.
Staples will always be remembered fondly by Kansans for all he did for the university and the art community. He was actively involved in Rotary International and in 1972 was honored with an art scholarship in his name at WSU. In 1978, just before his death, an art gallery was named after him in McKnight Art Center.