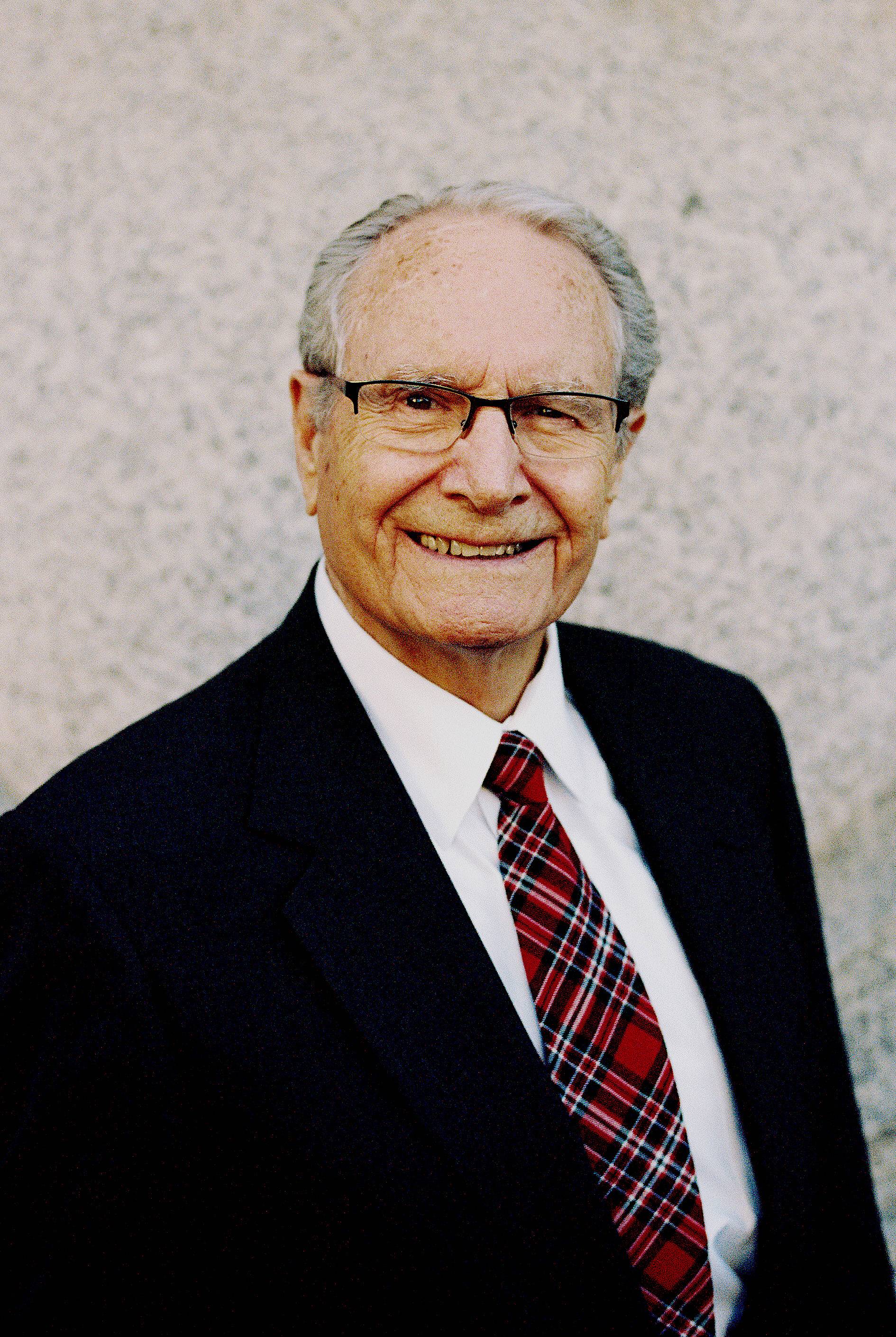 Bill Mathis joined the music faculty at Wichita State University in 1969. Following award of a teaching fellow and Ph.D. from the University of Michigan (1969), Mathis was appointed coordinator of graduate music studies at WSU. When Dr. Charles Spohn followed Walter Duerksen as dean of the College of Fine Arts in 1970, he reorganized the college into independent departments, and Mathis was elected chair of the newly formed Music Performance Department. In a subsequent reorganization of the CFA into Schools of Music, Art and Performing Arts in 1987, he was elected director (chair) of the reconstituted School of Music. He was appointed associate dean of Fine Arts in 1993 and served on or chaired numerous departmental, college and university committees and councils, including the Graduate Council and University Senate, serving as senate president from 1982-83.
Prior to his work at WSU, Mathis served on the faculty of Brigham Young University, directing music programs of the experimental Laboratory School, College of Education, with concurrent appointment (woodwinds) in the School of Music. Previous to his Kansas residency, he was an active performer as principal clarinetist and woodwinds player in the Utah Valley Symphony and orchestras accompanying opera and music theater productions in the Provo and Salt Lake City metropolitan areas. He maintained an active schedule of guest conducting, clinic presentations, and adjudicating music festivals in Utah, Kansas, and adjoining states, and he was a conductor for ten years with his colleague, the late Dr. Jay Decker, in the Wichita Symphony sponsored youth orchestra program, leading the younger of two regional honor groups in this capacity.
Dr. Mathis held regional and national leadership positions in organizations such as the Music Educators National Conference, Utah Music Educators Association, Kansas Music Educators Association, College Music Society, and National Association of Schools of Music. He was appointed a national accreditation examiner by NASM, conducting 10-year accreditation reviews of university music degree programs. In his retirement, Mathis still leads a church choir and plays a little jazz saxophone.