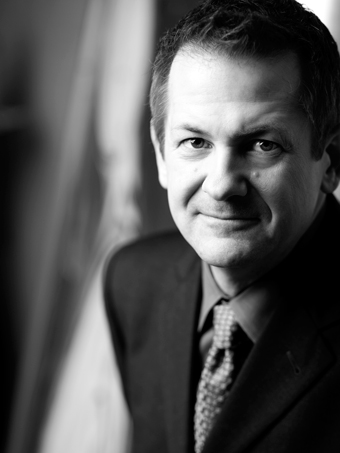 Internationally renowned graphic designer and leading authority in corporate identity, Bill Gardner, is one of the most influential and sought-after graphic designers in the industry. His firm, Gardner Design, has built strong brands for hundreds of clients, from small businesses to international corporations.

Gardner grew up in Wichita. He worked as a magician to put himself through college, earning degrees in business and fine arts with an emphasis in graphic design from Wichita State University. Having long been fascinated with logos, Gardner followed his interests and instincts, first forming a design firm in 1983 with other designers before launching Gardner Design from a back room in his home in 1994. Now located in the Dockum Building in College Hill, his firm has done work for Kroger North American Convenience Stores, Wichita State University, Spirit AeroSystems, Cargill Corporation, Visit Wichita, Aspen Boutique and many others.

Gardner also was recently named a fellow in the American Institute of Graphic Artists, whose Wichita chapter he helped form in 1987, and served as the chapter’s first president.

Gardner started LogoLounge.com, an online catalog of more than 200,000 logos from around the world, in 2002. LogoLounge has become an international vehicle and a gathering point for designers, and was the catalyst to the best-selling book series of the same name. Gardner also wrote “Logo Creed: The Mystery, Magic and Method to Designing Great Logos,” a textbook for students and professionals alike.

Gardner spends time away from the office speaking nationally and internationally on the subject of corporate identity design, as well as with his wife, Andrea, and their daughter, Molly, who’s an interior architecture student at Kansas State University and active in Irish dance.