The School of Performing Arts at Wichita State University stands in solidarity with our students and colleagues of color.   We live in a country that continues to struggle with racism and other implicit and systemic injustices for many marginalized groups of people. Read our complete statement... 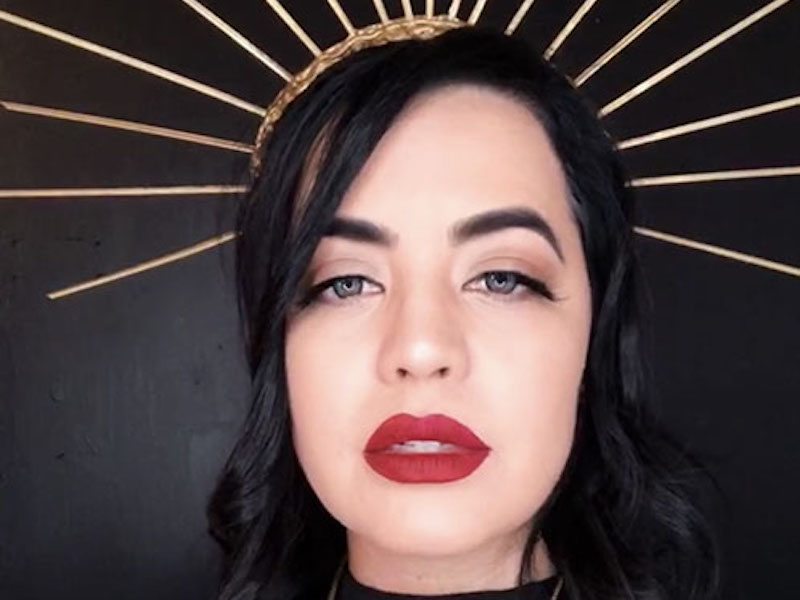 Thanks to Covid Esme currently resides in Wichita. She is a voiceover artist, actor, and model. After graduating she took a break from acting but came back full swing recently. She has performed with local companies like Madcap, Wichita Shakespeare Company, Wichita Community Theatre, and Guild Hall Players. Although heavily trained in Theatre her main focus is television and film. She has audition for networks like HBO, CW, Hulu, and many more. Her motto in life is “fuck average, be legendary.” 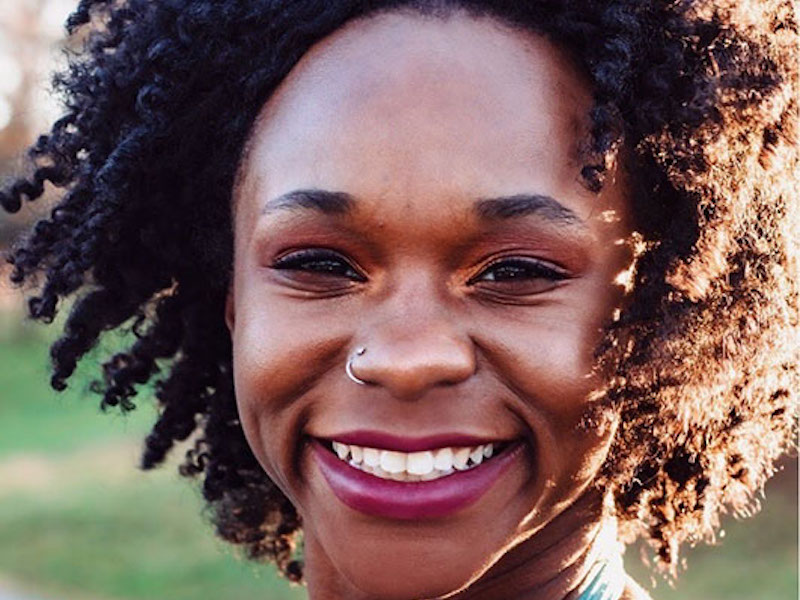 From Kansas City, KS, Aviance is a recent college graduate from Wichita State University, with her BFA in Performance Dance with an emphasis in Modern. At Wichita State, Aviance served as a Fine Arts Ambassador, being a representative of the Fine Arts College community and reaching out to prospective students.
It was here Aviance has had the opportunity to perform in annual Kansas Dance Festivals and spring concerts, travel to the American College Dance Association and perform in the regional gala twice, attend Professional Development in NYC, as well as be a part of Mid-America Dance Theatre’s performance tour to Veracruz, Mexico. Aviance has had the chance to work with guest-artists Charlotte Boye-Christensen, Darrell Grand Moultrie, Jammie Walker, and Mary Lynn Graves, as well as dance companies such as Urban Bush Women from NYC and Dallas Black Dance Theatre.
Aviance is currently living in Wichita as a hip-hop, modern and ballet dance teacher, and in the process of earning her Gyrotonics Teacher Training Certification. 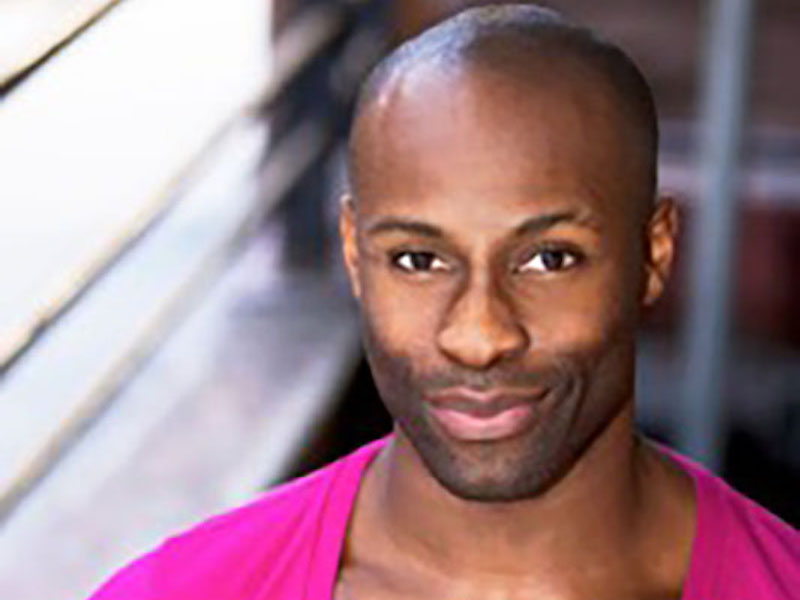 Taurean Everett, a native of Wichita, Kansas, graduated from the College of Fine Arts at Wichita State University in 2007. His professional experience planted roots during the course of his BFA program at Wichita State, beginning with Alithea Mime Company, led by Nicolas Johnson and Sabrina Vasquez, which offered him opportunities to perform in Taiwan, Poland, and at the United Nations in NYC. In conjunction with the dance program, he also performed at the Kennedy Center American College Theater Festival as a featured dancer in a production led by Linda Starkey. Guided by this experience, he began performing professionally in Ballet Wichita’s annual production of The Nutcracker, as well as with Music Theatre of Wichita as a resident company member for four consecutive years before moving to NYC to pursue a career on Broadway.

After joining the Actor’s Equity Association in 2010, his experience in the field began with a wide range of regional theater performances. Some standouts include Can Can at the renowned Paper Mill Playhouse, Guys and Dolls at the famous Carnegie Hall, Little Shop of Horrors as Audrey Two in drag (setting the trend of featuring drag performers and women as that character for many productions thereafter), and the national tour of Priscilla Queen of the Desert. Eventually he made his way to Broadway, performing in the musicals Mamma Mia, Miss Saigon, and The Cher Show. In addition, he earned several television highlights on The Tony Awards in 2018 and 2019, the 2019 Met Gala featuring Billy Porter, Project Runway (Season 18), and the New York Fashion Week Project Runway finale for the winning contestant Geoffrey Mac.

Currently, he is building a fitness brand, while simultaneously preparing to engage public school students in after-school programs focused on introduction and exposure to the Fine Arts. 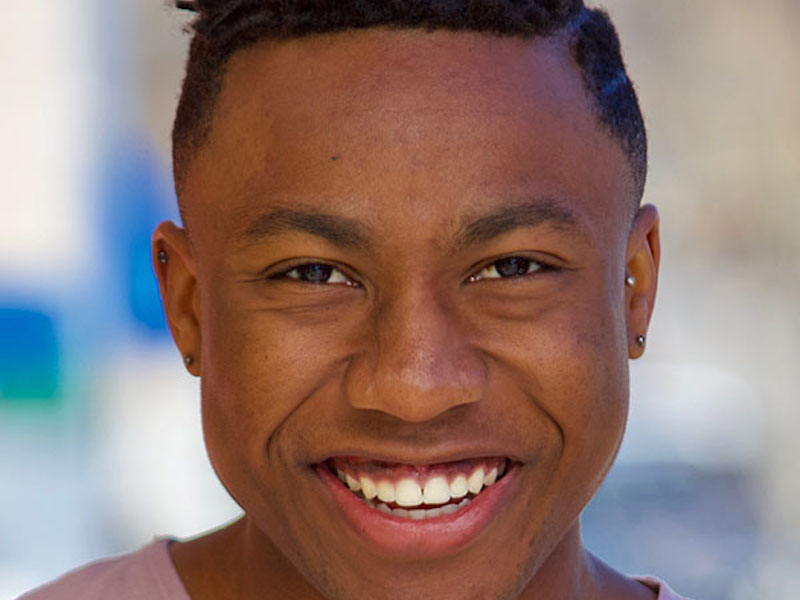 Da’Merius is an NYC-based performing artist from Kansas City. He's worked regionally in theatre and at theme parks. He recently spent the last two years in South Korea as a Resident Actor for a children's theatre company where he had the opportunity to create, write and design original works for the company. Within his work, he strives to advocate for BIPOC & LGBTQ+ artists and projects alike and is grateful to be a part of the inaugural SPA IDEA. 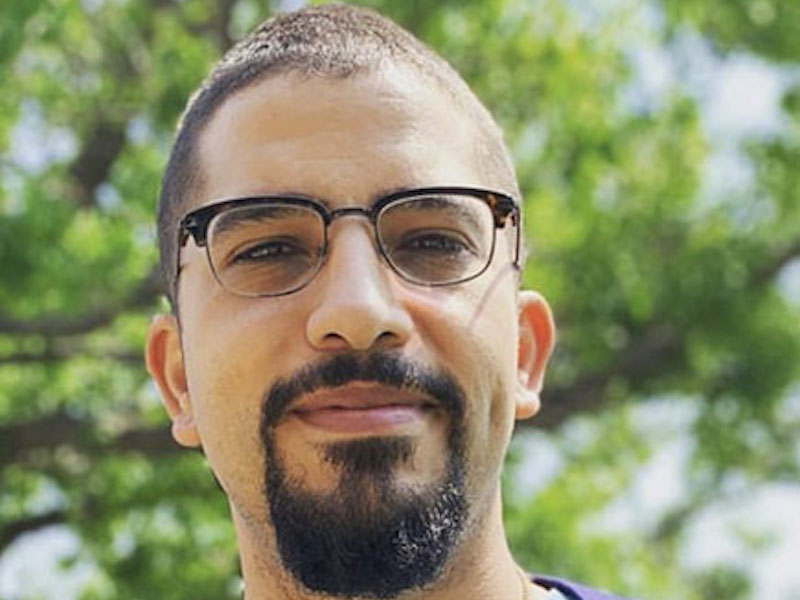 Nick graduated from WSU with his BA in theatre -- with emphasis in sound and lighting design. While at WSU, as well as shortly following graduation, Nick designed all around Wichita for WSU, Cabaret Old Town, Prairie Pines Playhouse, Wichita Community Theatre, Heights High School, Music Theatre for Young People, Friends University, Mosely Street Melodrama, and Roxy's Downtown. Nick worked with IATSE Local 190, Music Theatre of Wichita, as well as engineered for several audio companies. In 2013, Nick moved to Lancaster PA to work as a lighting technician for Sight and Sound Theatres.

After the loss of his brother in 2013, Nick felt the calling into full-time ministry. He began pursuing his Masters of Divinity from Asbury Theological Seminary in Wilmore, Kentucky where he will be graduating in May of 2021. Nick has served as senior pastor of Burden United Methodist Church in Burden, Kansas from 2014-2016. He currently serves as senior pastor of Plainville Church of the Nazarene in Plainville, Kansas.

Nick and his wife Kylie Jo Smith, another WSU SPA alumn, have 2 children and live in Plainville, Kansas. They host the NixMyth Podcast, which has over 5,000 downloads to date and has been heard in dozens of countries around the world. Nick also serves as the music manager for Kylie Jo as she tours and performs original Contemporary Christian Music. 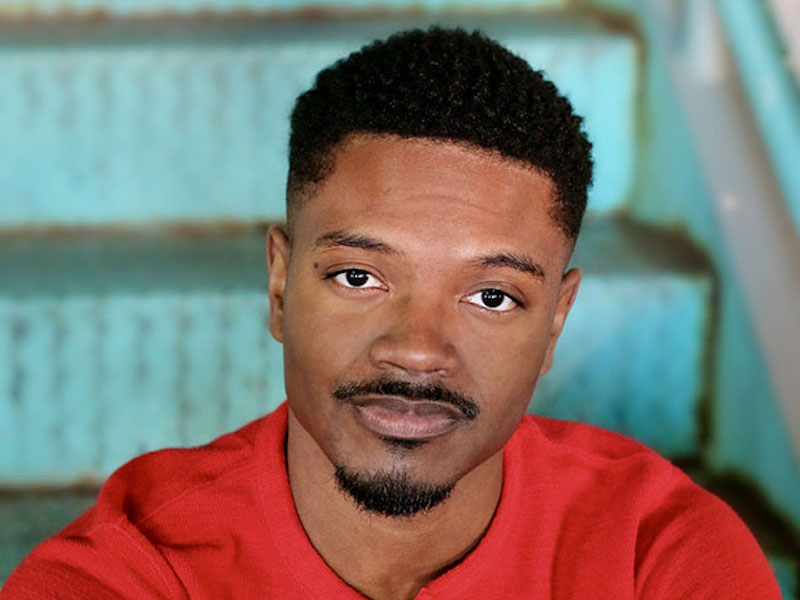 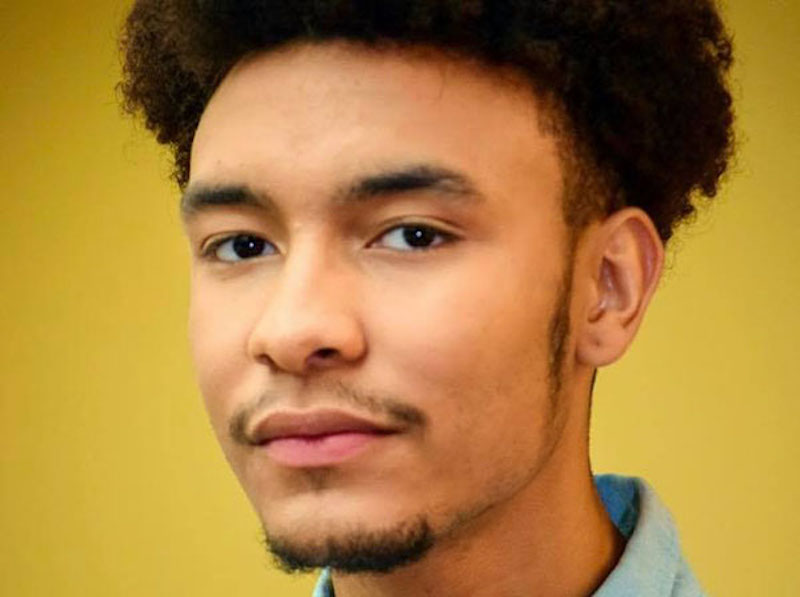 Emerson is a Junior pursuing his BFA in Musical Theatre at Wichita State University. Within the past two years, he has been involved on campus with the Office of Admissions as a Shocker Navigator and Student Ambassador. He also currently serves on the School of Performing Arts Student Council for his second year as High School Outreach Chair. Emerson is a strong advocate for Inclusion, Diversity, and Equity in his Wichita and arts communities and is very excited to have a platform to extend these ideals within the Performing Arts community at Wichita State. 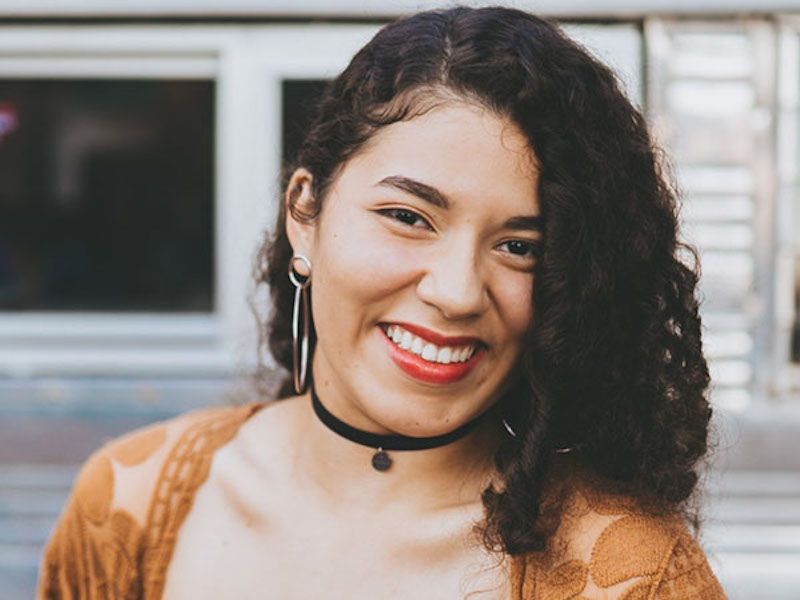 Mirta N. Santana Morales is a Boricua actress, dancer, model, and improviser from The Gregory Agency. She is currently in her Junior year at Wichita State University pursuing a Fine Arts Bachelor’s Degree, in Theatre Performance, with a Minor in Dance. From the WSU Improv Club, Adrianna in “Comedy of Errors,” Agatha in “The Moors,” Astrid in the sitcom “Thrilled To Announce,” and currently Vanessa in the web series “The Rule Of Three;” Mirta has been active in the WSU Theatre program since her Freshman year. Outside of school she works at a part-time job in retail to pay for her studies. Mirta is fluent in Spanish and English and is actively working to become fluent in Korean. Learning about new cultures and their native tongue have always excited her. Mirta is thrilled to be a part of Wichita State University’s SPA IDEA and to see what changes can be accomplished. 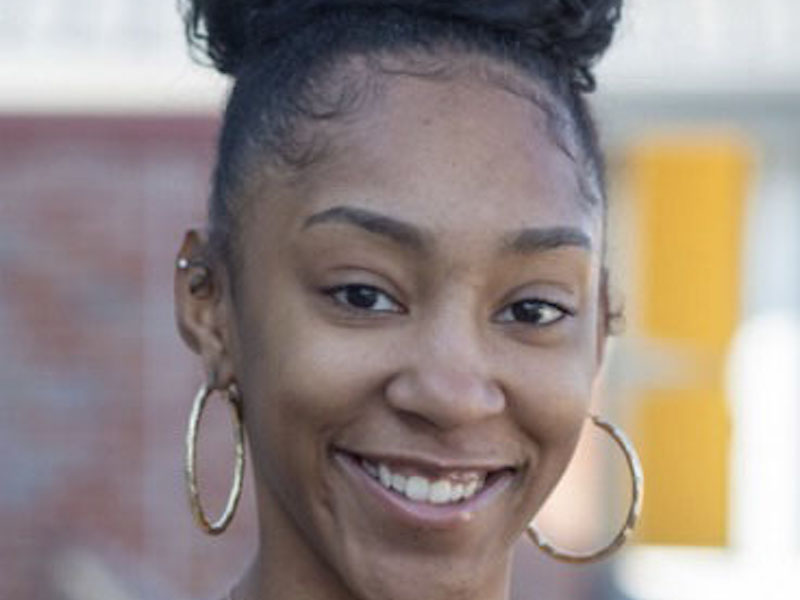 Vivian is a Senior at Wichita State University getting her BFA in dance. Before Young came to Wichita State, she trained with several different professional dancers and choreographers. At age 11, Young trained at Rosie’s dance academy. Taking ballet from Reginald Jones III and modern from Rosette Scover. Later she received training at the Kansas City Friends of Alvin Ailey, taking classes from Tyrone Aiken, Michael Joy and Chris Peacock. 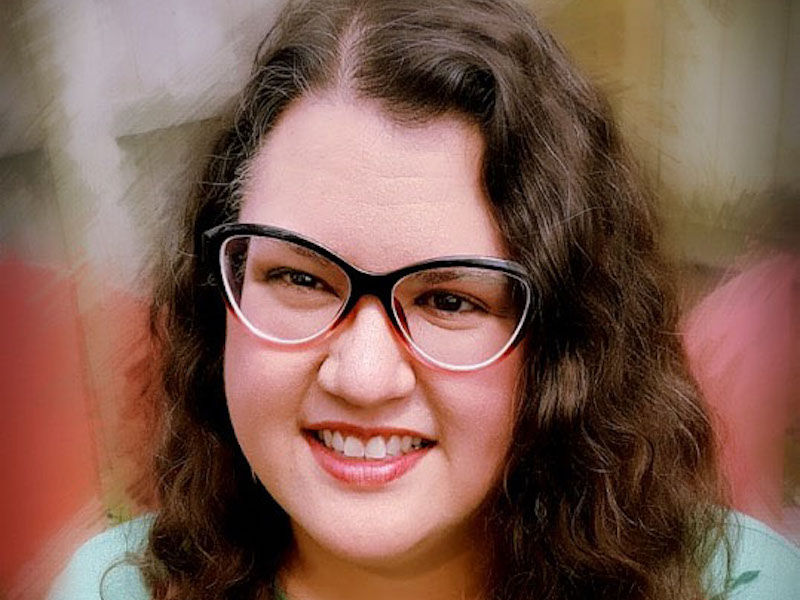 Before coming to Wichita State, Sarah served as Theatre Design and Production Faculty at East Texas Baptist University in Marshall, Texas. She has also served as a resident designer and taught design for both Bethel University in Mishawaka, In, and Taylor University.

Her recent designs include Raisin in the Sun (Indiana Repertory Theatre), A Gentleman’s Guide to Love and Murder (The 574 Theatre Company) The Imaginary Invalid (Notre Dame Department of Theatre), The Drowsy Chaperone (Bethel University, IN), and Metamorphoses (Taylor University). She also served as Key Makeup for Silk Trees (Evermore Pictures), as well as Evaluating Kaitly, and 177, award-winning short films with Runaway Pen Productions. She has also worked with the Notre Dame Shakespeare Festival since 2014 as either the resident wig & makeup designer and/or costume craftsperson.

She received her B.A. in Liberal Studies (Theatre, Literature, Writing) from Bethel College (now University) in Mishawaka, IN, and her M.F.A in Design & Production from the College-Conservatory of Music (CCM), University of Cincinnati (where she focused on makeup/wig design and wig making.) 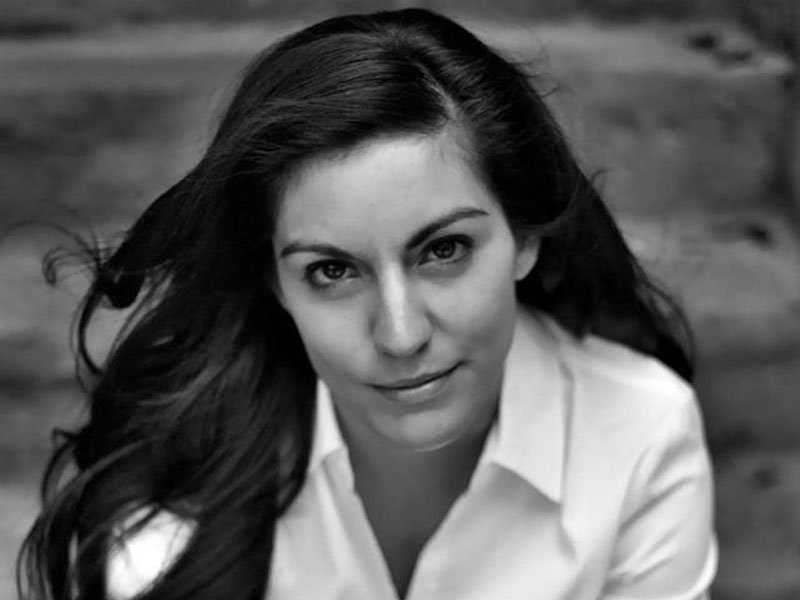 Cheyla has instructed dance at several colleges including the University of Oklahoma, Wichita State University and Barton County College. She has performed works of various artists including Robert Battle and Douglas Nielsen. Cheyla founded Chandler Dances, a by-project dance company, in 2009 and has produced concerts across the Midwest. Ms. Clawson’s modern dance research is focused on Horton Technique and she attended the Horton Dance Technique Certificate Program 2013-2016 and 2020 at The Ailey School in NYC.

Her two duets, Anam Chara (2014) and nosuchSymbiosis (2016) were invited to The National American College Dance Association Conference at The Kennedy Center in Washington, D.C.  Cheyla presented her latest research focused on community integration curriculum in dance performance degrees at The American Dance Symposium 2020 through The Joyce Education Program in January of 2020 (NYC),  and was invited to present at the International Future(s) of Dance Education(s) in April of 2020 (Norway), and the International Arts in Society conference in June 2020 (Ireland).

She is currently working on a dance film “She Moved the Prairie” focused on female Kansas farm labor practices in the early 20th century supported as a Tallgrass National Artist 2020 and WSU faculty URCA grant.  Cheyla is also working in collaboration with Dr. Twyla Hill in the WSU Sociology Department on funded research focused on memories of home of Kansas women in assisted living communities in the Wichita, Kansas area. Her scholarship most often focuses on immersive community dance to promote social dialogue.