Dr. John Bardo, the transformational 13th president of Wichita State University, returned to the university in 2012 with definite ideas about what was needed.

He began at WSU as a 24-year-old assistant professor of sociology; became a department head, husband and father here; left for three decades climbing the higher education leadership ladder; and eventually returned to reshape the university.

Dr. Bardo’s vision of creating an Innovation University unfolded over six and a half years of his presidency. He challenged faculty, staff, students and alumni to: “Envision being part of a university where innovation, creativity, entrepreneurship and technology are making the future.

“We came home in 2012 to try to reposition this university as a key driver of the future of Wichita. It’s been surprising to me how well it has worked.”

From the start of his presidency, Dr. Bardo worked to shape Wichita State as a confident institution, willing to take intelligent risks to help build better lives for its students and a more prosperous future for the region and its residents.

The most visible evidence of his success was the creation of Innovation Campus. It began as a concept, to construct a building or two to house a combination of university research programs and partners from private industry. It grew to 120 acres of developed land east of the traditional campus, formerly occupied by Braeburn Golf Course.

The site now includes three engineering buildings, the Wichita-Sedgwick County Law Enforcement Training Center, two residence halls and three retail/restaurant buildings. A YMCA/Student Wellness Center, hotel and aviation crash lab are underway or due to begin construction this year. One of the partnership buildings is fully occupied, and another is under construction. A new business school building is planned.

Dr. Bardo was consistent in his messaging to the campus and community that WSU primarily exists to change lives for the better. The strategic planning process he set in motion in his first year had the ambitious vision of WSU becoming the internationally recognized model for applied learning and research, with the accompanying mission as an essential educational, cultural, and economic driver for Kansas and the greater public good.

Among accomplishments of Dr. Bardo’s time at Wichita State:

Dr. Bardo was always quick to say the campus expansion wasn’t about the real estate; it was about moving the university forward. Last spring, he wrote to faculty and staff:

“The concept of Innovation Campus – collaboration, applied learning and research – is not just restricted to the 120 acres that used to be Braeburn Golf Course. It is our goal that the spirit of Innovation Campus comes to permeate every aspect of WSU, transforming the entire enterprise into a student-centered and innovation-driven university.”

He began his presidency in 2012 with clear priorities that came to be known as The Bardo Five: improve overall quality of education, increase enrollment, enhance basic research, pursue technology discovery in partnership with industry and improve the quality of student life.

He showed an immediate willingness to take risks to achieve his goals for the university, starting with displacing more than 600 prime parking spaces to build a new residence hall in the heart of campus.

He was impatient with university bureaucracy. In his first weeks on the job he put a red “yes” button on his desk and asked the university’s executives to read and discuss a book, “Getting to Yes.” He said later, “We had to take on the overly restrictive and bureaucratic structures that defined so much of how we did our business.”

Even after decades in university administration, he still thought of himself first as the sociology professor he had been, content to spend hours at a time, or an entire weekend, reading serious books and articles and writing essays.

His personal style was informal. He seldom wore suits and ties and was more comfortable in rumpled khakis, no belt and a short-sleeved golf shirt, worn under a blazer.

He didn’t seek out expensive restaurants. During the day, he was happy with a Jimmy John’s turkey sandwich and diet root beer. At night, he and his wife, Deborah, often cooked at home or went to her favorite Indian restaurant.

He had a spacious office with a large, formal conference table, but he spent parts of most days in the outer office, where his assistant, Anna Lanier, sat. He would talk with whomever came by. Many an issue was dissected, debated and decided with Dr. Bardo and his visitors sitting in front of Ms. Lanier’s desk. After several years of this, she got a smaller desk and added chairs.

Even after decades in university administration, he still thought of himself first as the sociology professor he had been, content to spend hours at a time, or an entire weekend, reading serious books and articles and writing essays. He said he read approximately 30 articles every morning on the subjects that interested him the most, including economic development, globalization, quality of urban life and the future of higher education.

One summer he immersed himself in these subjects and wrote a 40-page essay, “Economic Development: Renewing Wichita’s promise.” Another summer he wrote six articles on how WSU was adapting to trends shaping the future of higher education.

He also had pastimes he enjoyed – stained glass-making, gem polishing and taking long trips with Deborah.

Dr. Bardo didn't plan to return to Wichita. He intended to stay in North Carolina and return to teaching before WSU President Don Beggs announced his retirement. Friends from the old days who remained on the WSU faculty, including Mark Glaser, Ron Matson, Charles Burdsal and Bob Ross, encouraged Dr. Bardo to apply for the presidency. On April 27, 2012, he was announced as the next president of WSU.

In the past year, as Dr. Bardo’s health problems increased, he began using a golf cart, mobility scooter and occasional wheelchair to get around. But his dedication to his work remained strong. He relished the opportunity to tell WSU’s story, including in an appearance before a Congressional committee last July.

He concluded his testimony in the same way he ended many speeches.

“If you follow athletics, you will know that our mascot is unique — it is a Wheatshocker. This mascot reflects the institutional history where many students worked in the wheat fields that used to surround the university. That is how they paid for their education. Well, madam chairman, we have never forgotten our roots of serving the hard-working people of our region and state. And, as we like to say in our part of the world: It is a Great Day to be a Shocker!”

See a timeline of some of Bardo's accomplishments at Wichita State 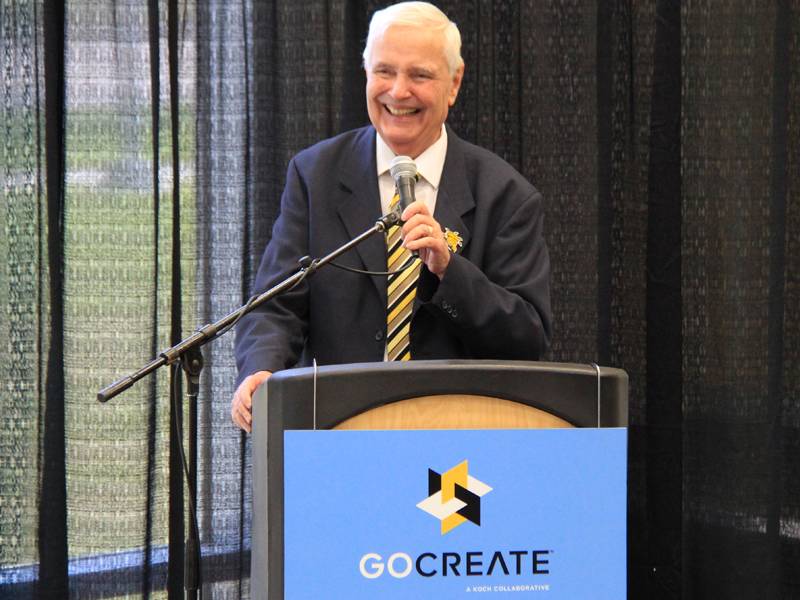 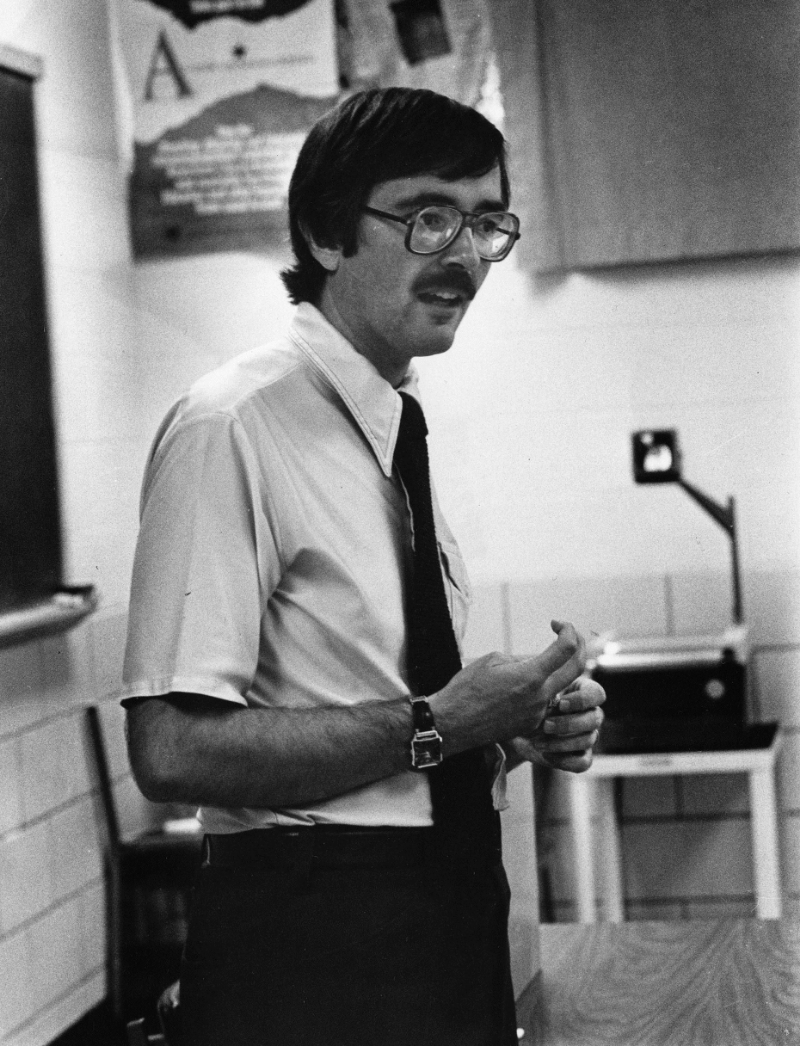 Bardo teaching a sociology course at Wichita State during the 1970s. He returned to WSU as president in 2012 after retiring as chancellor of Western Carolina University a year earlier.