Noell Birondo
Noell Birondo, associate professor of philosophy, accepted an invitation to be a visiting researcher for three months during the 2020 spring semester at the Institute for Philosophical Research, National Autonomous University of Mexico. Birondo will continue his research on the influence of European colonialism and specifically the European encounter with the Americas on our conception of the moral virtues.
Gina Brown

Gina Brown, associate professor, graduate coordinator and director of didactic education in the Physician Assistant Department, won the 2019 Leadership in Advancement of Teaching award from the WSU Foundation.

Alok Dand, a Industrial, Systems and Manufacturing Engineering student, received the Best Student Paper award in the Engineering Economy Division at the IISE Annual Conference and Expo 2019. He submitted a paper titled “Analysis of Airline and Passenger Delay Costs Using FAA Data,” which uses US domestic airline data from 2013 - 2017 to investigate factors that contribute to delays and its economic impact. Faculty advisors Mehmet Bayram Yildirim, from the ISME Department, and Khawaja Saeed, from the Barton School of Business, collaborated with the research.

Jamie Harrington
Jamie Harrington, an assistant educator in the School of Nursing, received the Midwest HIV Grant that integrates HIV education into the primary care provider's curriculum. The grant is $10,00 for the first year and has subsequent funding of $10,000 for every year for five years.
Jennifer Rodgers

Jennifer Rodgers, assistant educator in the School of Nursing, won the 2019 AANP Advocate State Award for Excellence for Kansas.

Rodgers was also inducted as the 2019 Fellow from the Fellows of the American Association of Nurse Practitioners.

Jennifer Sebes, associate teaching professor in the School of Nursing, was selected as the recipient of the 2019 AANP Advocate State Award for Excellence for Kansas.

Wichita State University Wind Ensemble won the American Prize in band/wind ensemble performance. The ensemble is directed under Timothy Slade. The American Prize is the nation’s most comprehensive series of non-profit competitions in the performing arts. Read the official announcement.

Neal Allen, chairman of the political science department, signed on “Fix the Court,” a national advocacy group for judicial reform. The group released an open letter from scholars of Constitutional Law that calls for reform on supreme court limits. Read the article.

Allen and three of his students were quoted in an article on KAKE. The article discusses reactions to the impeachment inquiry. Read the article.

Amy Chesser and Suzanne Hawley from the Public Health Sciences department were featured in The Midwestern Public Health training Center's Share Public Health podcast. They spoke about mental health literacy and the importance of language. Read the transcript.

Usha Haley, professor of management and the director of the Center for International Business Advancement, was quoted in Forbes article “For Washington, Russian and China tech spies suddenly everywhere.” Haley’s comment was about Chinese civilian spies hacking private and government hacking. Read the article.

Ray Hull, professor for Communication Sciences and Disorders, published the third edition of “Introduction to Aural Rehabilitation: Serving Children and Adults with Impaired Hearing.” The book discusses topics such as cochlear implantation and family involvement for children with impaired hearing.

Hull also published an article in The Hearing journal titled “The Art of Construction Listening in Patient Care.”

B.J. Lehecka, assistant professor in the Physical Therapy Department and his research group, published "The effects of gluteal squeezes compared to bilateral bridges on gluteal strength, power, endurance and girth" in PeerJ - the Journal of Life and Environmental Sciences. Read the article.

Stanley Longhofer, the director of the Center for Real Estate, was quoted in "The No. 4 Most Affordable Housing Marketing: Wichita, Kansas" on Estatenvy. The article discusses housing costs and the close-knit Wichita community. Read the story.

Alexandra Middlewood, a political science professor, had an article published in America’s 1st Freedom, the magazine of the National Rifle Association. Middlewood discusses gun-owning women and their levels of political participation. Read the article.

Middlewood was also quoted in the Lawrence Journal-World, “Women who own guns are more likely to be politically active than those who don’t.” Middlewood commented on the high participatory group of gun owners. Read the article.

Neal Allen, chairman of the political science department, collaborated with Jeremy Hill and his Economic Research Unit. He spoke on the issue of redistricting in the state of Kansas. Read more about the conference.

Noell Birondo, associate professor of philosophy, presented his paper “Epistemic Injustice in Aristotelian Ethics” at the University of Notre Dame as part of a conference entitled “To What End? Narrative, Institutions, and Practices,” July 25-27. The conference was held in honor of Alasdair MacIntyre, the Rev. John A. O’Brien Senior Research Professor of Philosophy Emeritus, on the occasion of his 90th birthday. MacIntyre is the author of the widely read After Virtue: A Study in Moral Theory.

Lynne Davis, professor for the School of Music, performed at the American Guild of Organists North Central Regional Convention on June 19, 2019, in Milwaukee, Wisconsin. The organization fosters a community of musicians who share a passion for the organ.

Voncella McCleary-Jones, department chair in the School of Nursing and associate dean in the College of Health Professions, participated in the Wichita Business Journals’ Nursing Table of Experts. Topics included challenges faced in the field of nursing, and some of the challenges to come. Read the article.

Susan Jane Austin Nelson, of Wichita, died on Aug. 6. 2019. She was a longtime English professor at WSU. Read more about Susan.

Wilbur D. Fear of Kansas died on Aug. 13, 2019. He was a WWII veteran and retired from Wichita State University as the Director of Employee Relations in 1990. Read more about Wilbur. 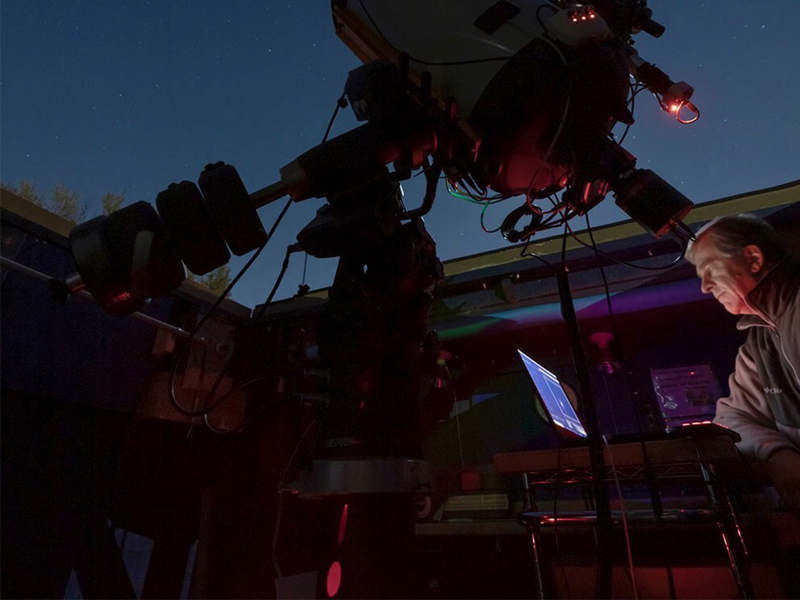 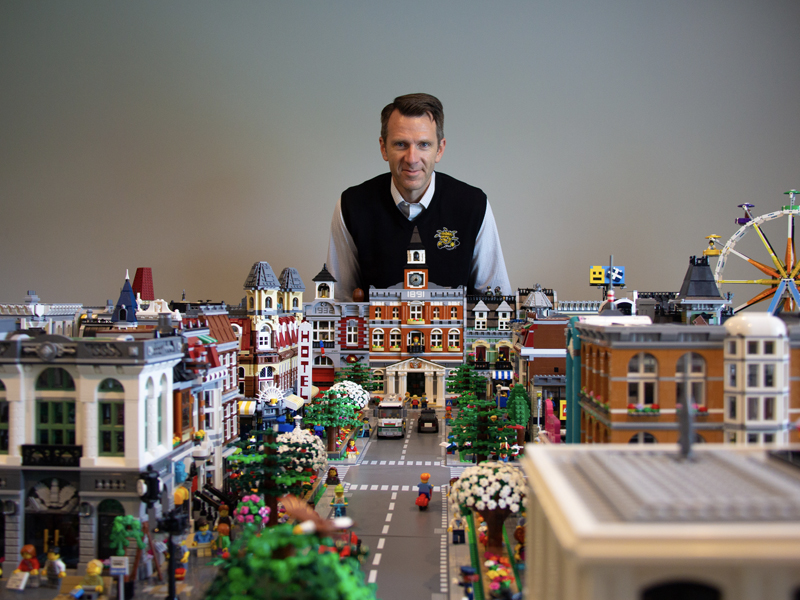 Engineering dean gets creative with his LEGO city 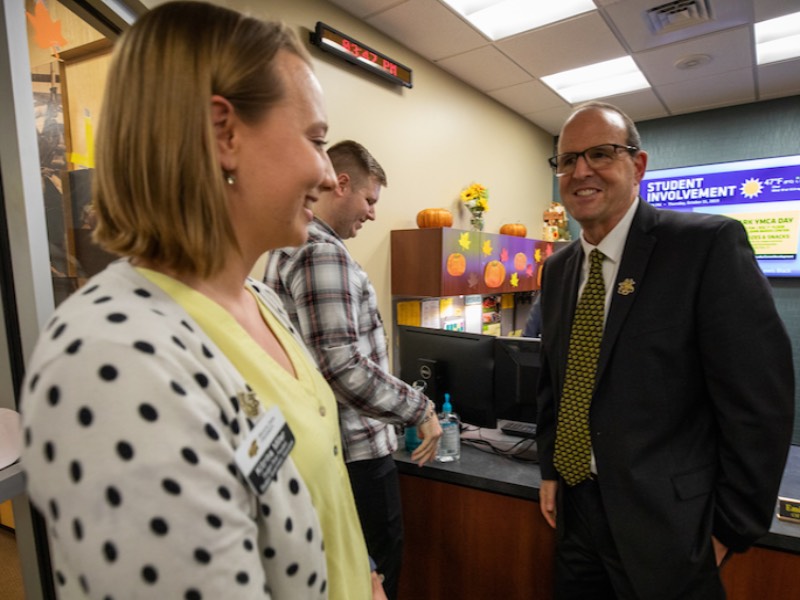 President's job adapts to challenges while it remains consistent with mission