Austin Clift prepared himself as much as possible to teach high school journalism, but nothing could ready him for his first day teaching solo at Wichita East High School.

“I’m not gonna lie. The first time I walked into this room I was terrified. I will never forget that feeling,” Austin said.

Despite his fear, he quickly embraced his work and stepped up to the plate. He attributes much of his success to the mentorship of his award-winning predecessor, Sharon Martin.

“She set me up so much for success. Without her there’s no way I would be in the position I’m in today,” Austin said.

He graduated from WSU in 2012 with a bachelor’s degree in electronic media communication and worked as the KAKE News sports anchor until he began teaching.

Looking at his family’s long-term future, he wasn’t sure news was something he wanted to do.

Although he works one other job and additional media projects, Austin enjoys more time with his family and looks forward to summer break every year.

You can go through all the schooling that you want, but there’s nothing that can prepare you for that first day when you have students in this class and they’re looking to you for their education.
Austin Clift, journalism teacher, Wichita East High School

That’s not to say that teaching isn’t hard work. Austin mentors the student-produced yearbook and newspaper, and coordinates picture days for everyone at East High.

“It’s like 2,600 people in total with students and staff, and everyone in this building,” Austin said. “Organizing that can be kind of nightmarish when you have zero experience with it.”

His supervisors noticed his passion and diligence early on in his first year teaching.

Austin was nominated for USD 259’s Distinguished Classroom Award for first-year teachers and was one of two finalists for the award. While he didn’t receive the award, he considers it an honor to have been observed by so many administrators from across USD 259.

What makes Austin successful? He attributes it largely to Martin’s mentorship, among other factors.

“There’s no question in my mind why so many teachers burn out,” Austin said. “It’s because they weren’t prepared. You can go through all the schooling that you want, but there’s nothing that can prepare you for that first day when you have students in this class and they’re looking to you for their education. It’s unreal.”

Austin values building relationships with his students and tries to provide a positive role model for many students who otherwise don’t have one.

He believes that a positive presence can show up in gestures as simple as a smile or a greeting in the hallway.

“Building those relationships is half the battle when you’re teaching. If you can do that, you’ll be okay.”

His students agree. Ameera Robinson was among a group of students who commented on his role in their education.

“He really teaches us how to be better photographers, writers and people,” Ameera said.

The transition to teaching program is a two-year, 29 credit-hour alternative licensure program offered through the College of Applied Studies. It’s aimed at recent graduates and working professionals seeking a career change.

Austin is currently pursuing a master’s of art in teaching with an additional seven credit-hours in his third year of classes, which is an option for all transition to teaching students.

Learn how to apply to the Transition to Teaching program

WSU offers the widest range of graduate degree choices in the area, including 12 doctoral programs, more than 40 master’s degrees, one education specialist area and a growing number of graduate certificate programs. 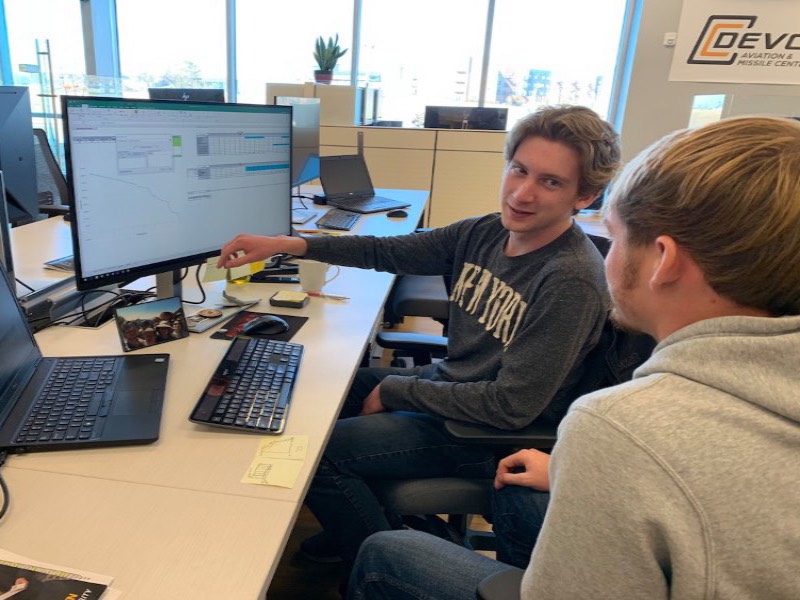