Three Wichita State researchers and a student group have been awarded the John A. See Innovation Award. 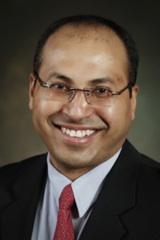 Asmatulu is an assistant professor the department of mechanical engineering. She is collaborating with Long in biomedical engineering, and their winning research project is titled “Superhydophilic nanofiber desiccants for enhanced food and drug packaging.”

The John A. See Awards began in 2014 after See donated $1 million to provide prizes to WSU faculty and students conducting outstanding research or producing other significant work.

See was director of flight test and prototype development at Boeing until his retirement in 1985. While not a Wichita State alumnus, he has been a generous WSU supporter who values the importance of higher education and believes in WSU’s commitment to growth and pioneering work.

From hands-on research using the latest technology to our location in Kansas' center of industry—with its virtually unlimited jobs, applied learning and professional connections—Shocker engineering students have everything they need to make their dream careers a reality.