The Kansas Legislature in 2011 made a commitment to invest $105 million statewide over the next decade with the purpose of increasing the number of engineers available to industry. For its $35 million share of that money – granted under the University Engineering Initiative Act (UEIA) – Wichita State College of Engineering pledged to double the number of bachelor’s degrees it awarded annually. The aggressive goal was surpassed this past academic year as the college awarded 380 bachelor’s degrees. 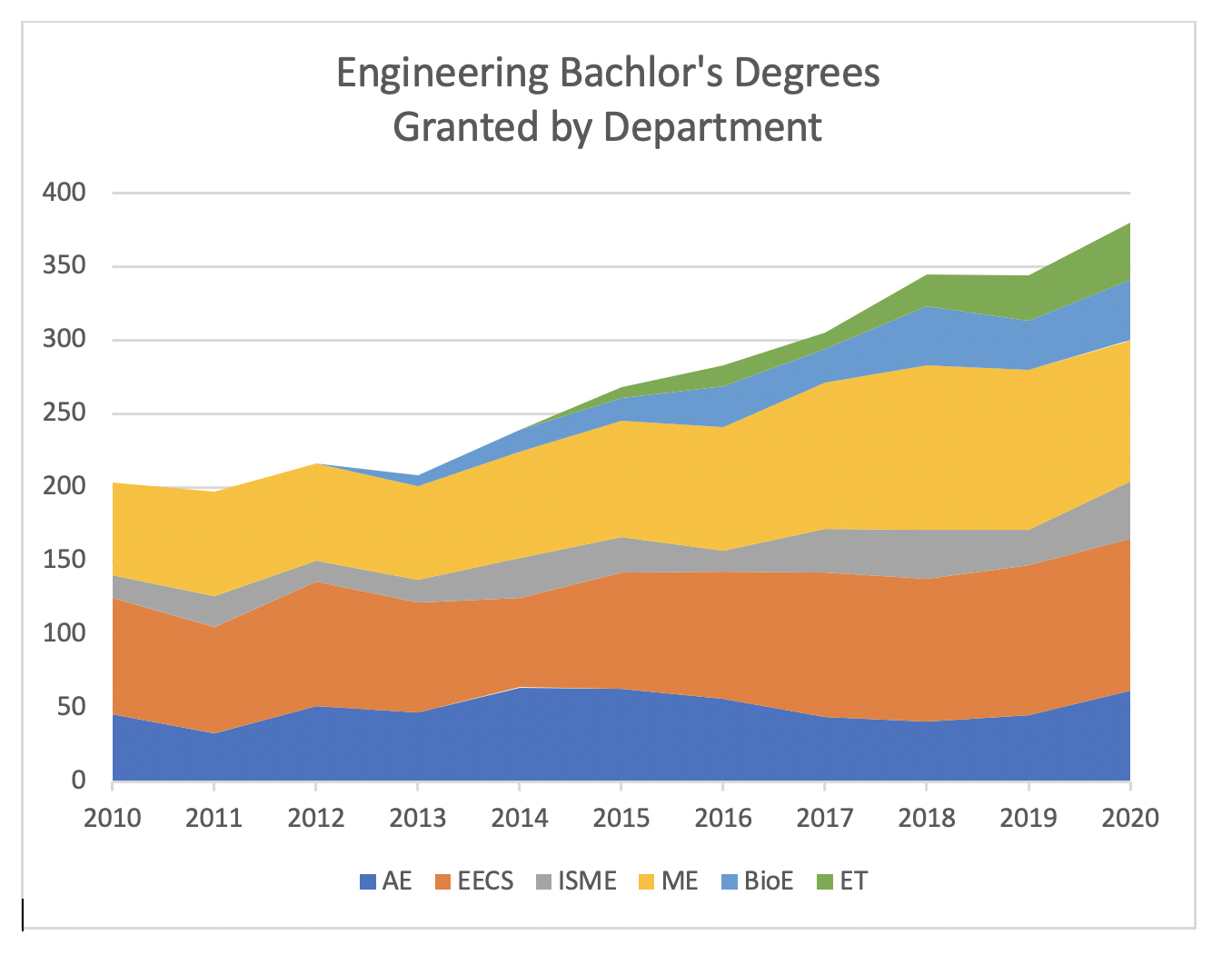 “This is the result of a decade of hard work,” said Dr. Dennis Livesay, dean of the College of Engineering. “This amazing accomplishment is a testament to the efforts of the entire college. Meeting our target seemed unfathomable when defined – having to more than double the number of bachelor’s degrees awarded each year – but double we did!”

With an annual infusion of $3.5 million in state money, the College of Engineering worked aggressively toward its goal of doubling its number of graduates by doubling its faculty, expanding its building footprint and creating new departments, new degrees and new programs aimed at recruiting and retaining students.

Specifically, the UEIA covered roughly half the cost of the $32 million, 143,000-square-foot John Bardo Center, which opened in January 2017 as the first phase in the development of Wichita State's Innovation Campus. It houses 25 teaching labs as well as GoCreate, a Koch collaborative, and industry partners Dassault Systemes, and Hexagon Manufacturing Intelligence.

The UEIA also financed the creation of the Engineering Student Success Center (ESSC), which houses six full-time staff who work in outreach, recruitment and retention, with a particular emphasis on attracting and retaining first-generation college students and students under-represented in STEM fields, including women, Hispanics, African Americans and Native Americans.

Substantive gains were made in boosting the diversity of students studying engineering and computing, with female enrollment rising 138% and Hispanic enrollment 175% from 2011 to 2019.  African American enrollment also increased 45%. Overall all college growth increased 53% during that period.

Outreach programming is aimed at generating interest in science, technology, engineering math in children in kindergarten through high school, through robotics competitions, summer camps, classroom visits and afterschool programs. The ESSC also works with students in high school and community colleges to recruit them to Wichita State and support their transition into our programs.

Once enrolled, College of Engineering students are supported by ESSC, which supervises scholarship, mentoring, tutoring, diversity initiatives and other engagement programs designed to help students feel connected to the university and persist to graduation.

The addition of new programs required new faculty, and since the passage of the UEIA the college has grown its full-time faculty from about 40 to more than 80. Faculty-to-student ratios have also declined during this period.

“Everyone who played a role in this should be very proud of what we accomplished here,” Livesay said.

Livesay acknowledged the contributions of his predecessors, including Dr. Zulma Toro, who as dean was instrumental in getting the UEIA passed in 2011 before her departure in 2012, and Dr. Royce Bowden, who led the college from 2014 until his retirement in 2018.

“Even with this remarkable growth in the number of engineering and computer science graduates,” Skinner said, “there is still heavy demand from industry for new graduates coming from our college and I think opportunities for new students will remain strong well into the future.”

Learn more about Wichita State's College of Engineering.
Read more stories like this 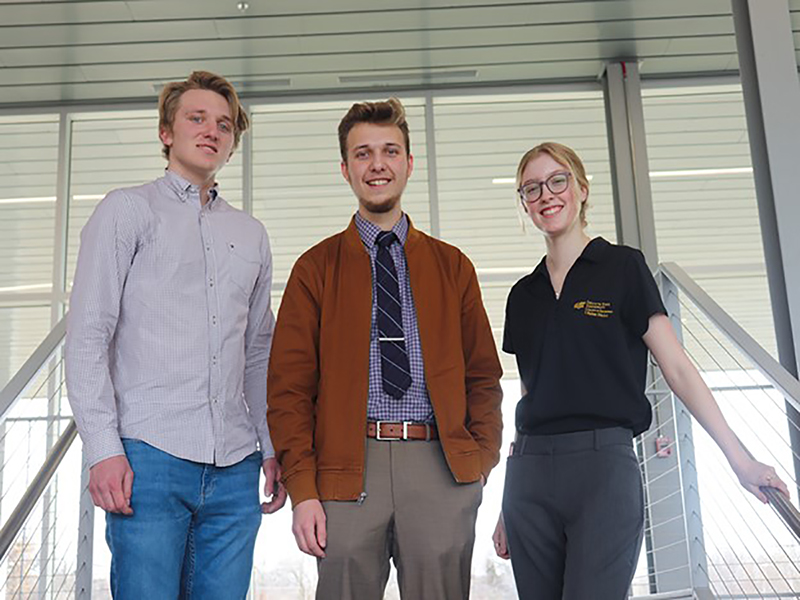 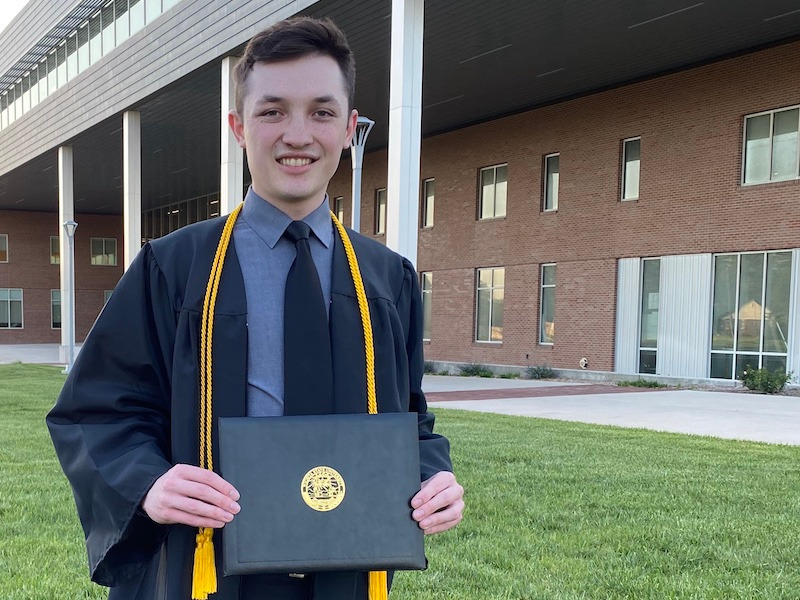 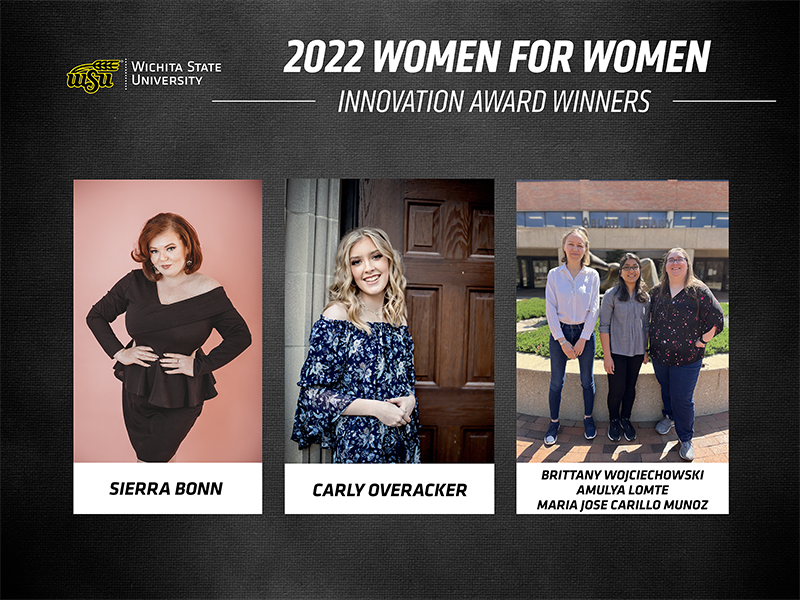 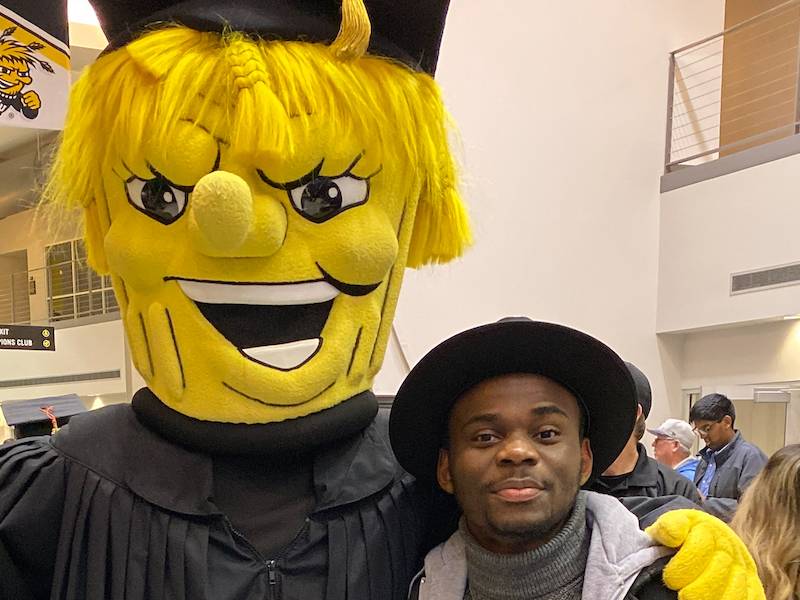