Aside from her infectious laugh and brilliant smile, one of the first things you’ll notice about Amy Schafer is her Wisconsin accent. She hits her A’s hard and unapologetically, rounding out her consonants and dragging out her vowels. 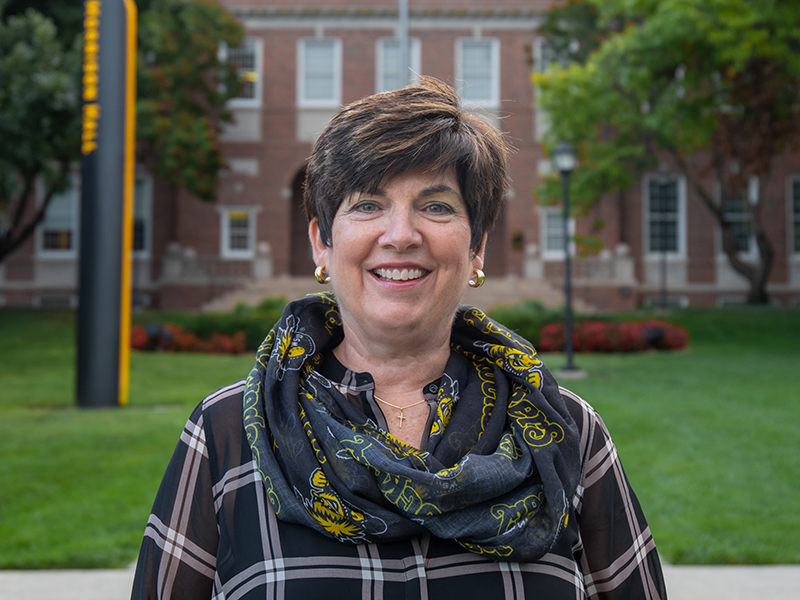 Amy, the director of advertising for Wichita State University’s Office of Strategic Communications, will be retiring later this month after 32 intermittent years with the university.

When Amy first stepped onto Wichita State University’s campus in August 1988, the native Wisconsinite had only moved to Wichita eight months prior. She had applied for a job as a cooperative education coordinator, helping communication students find internships and jobs. Her interview was initially arranged for September, but a scheduling error meant Amy, who was also a brand-new mom, had to scramble to accommodate a last-minute change of plans.

Amy did what she had to do: She showed up at the Rhatigan Student Center with a 2-month-old infant on her hip, and a resume and a diaper in her briefcase.

“I got that job,” she smiled. “They said that anybody who could interview like that under those circumstances deserved the job.”

Since her introduction to Shocker Nation, Amy has spent time as the university’s director special events and has worked as a program coordinator for Office of Undergraduate Admissions (“I really think everybody should work in Admissions for at least a week. You see the university from a totally different angle,” she said). She took some time off to attend to her rapidly expanding family of four children, but she returned to Wichita State when she saw an opening in Wichita State’s University Relations office in 2007, which is now the Office of Strategic Communications.

“When I first interviewed for this job way back when, I told Elizabeth King that I thought there were a lot of things to be uncovered at Wichita State that people didn't know about,” Amy said. “I took that as part of that job in University Relations: to uncover some of those things and let the community know what was in their own backyard.”

King, who is now the WSU Foundation president and CEO, remembers hiring Amy back to the university.

“They say you are only as good as your most recent hire, and I looked really good after hiring Amy,” King said. “It has been absolutely delightful working with Amy. She is hard-working, always positive, cares deeply about the university and is a problem-solver. She has an infectious laugh.”

However, King still questions Amy’s musical tastes, which tend to lean rather dramatically toward the 1980s pop genre: “I could never understand her obsession with Barry Manilow.”

Amy’s current job fits perfectly with her education (a degree in communication from the University of Wisconsin in Stevens Point), experience (a television reporter in eastern Wisconsin), and her personality (“I am a real people person.”).

“I work with a lot of different people to buy and place our media. It’s working with the agencies and in the community, as well as on-campus clients, who may want to increase their marketing,” she said.

Considering her penchant for personal connections, Amy admitted that 2020 has been a difficult year for her. To keep herself safe from COVID-19, she’s been working from home since March.

“This year specifically it's been really difficult for people who are used to being around people. I'm a very interpersonal person and touchy feely. I wear my heart on my sleeve,” she said.

It’s the people of Shocker Nation that Amy will miss the most.

After she leaves her job on Dec. 18, Amy said she wants people to remember her humorous spirit.

“I would like the legacy to be that I was easy to work, and people will say, ‘She was always helpful,’ and ‘Whatever Amy was involved with, it was going to be fun, and there was going to be some kind of humor,’” she said.

Amy’s coworkers will miss her effervescent presence in the office on a daily basis.

“Amy has always been an incredibly uplifting and supportive coworker,” said Matheson Herron, director of social media. “She is the example of a compassionate, fun, uplifting soul, with of course a little bit of that Wisconsin twang. She will be missed around campus, especially by me.”

Lainie Mazzullo-Hart, director of news and media relations, said Amy is an anchor of Strategic Communications.

“She’s been here for years and has amazing institutional knowledge,” Mazzullo-Hart said. “She’s also one of the nicest people in the world, is hilarious, and can always be counted on for a silly joke or to sometimes break into song as a meeting wraps up. I’m really going to miss Amy’s presence in our office. She brings happiness and energy everywhere. I hope she has an amazing time in retirement, spending time with her beautiful family and cheering on her beloved Green Bay Packers!”

“Amy handled some difficult situations with a tremendous dose of grace. She has been an incredible colleague and friend and had a great ability to remain positive in the midst of some trying circumstances, like the tragedy that happened after a July 4 fireworks show on campus in 1993.”

Two people died at that fireworks event, and as the event coordinator, Amy’s name was on all the paperwork. Amy was deposed several times.

“If it wasn't for the support of all the people that we worked with at that time working together, I don't know how any of us would have coped,” she said.

“I value our talks. Amy encourages and challenges me, and she really helps make a better leader,” Coleman-Martins said. “She cares for each member of our team as if we’re her own family, and she has a willingness to serve.”

Amy had planned to work a few more years, but when Wichita State offered early retirement to employees who are 62 and older, she said the opportunity was too good to pass up. However, she’s not retiring without some sadness.

“Somebody explained it to me one time like this: You put your hand into a bucket of water and then you pull it out, and you've got all these ripples. But pretty soon those ripples are gone, and you don't even know that the hand was in there,” she said.

Amy’s fondest memory from her time at Wichita State was when she was in charge of planning the university’s 100th birthday in 1995.

“I've never been a part of such a thing, and everybody went out all out with what they did —whether it was budgetary resources or personnel resources. It was just a really special event,” she said.

At the time of the centennial, Amy was eight months pregnant with her third child, and her coworkers presented her with a Shocker-themed romper with “Centennial Baby” embroidered on it.

“It was the sweetest thing,” she said.

Amy laughs when she thinks about her different roles in the university’s 100th birthday in 1995 and this year’s 125th celebrations. “Then, I was the coordinator of the event. Now, this year, I'm the historian.”

“Wichita State has been good to the us over the years,” Clark said. “Some of our closest family friends are people met through Amy's connections at Wichita State. Amy is great at staying in touch with people. She still talks regularly with her high school friends from four decades ago.”

Clark, who previously worked at Wichita TV stations KSNW and KAKE as both a news anchor and sports reporter, said he’s happy about Amy’s retirement after so many years of hard work.

“Amy is my best friend and one of my favorite people in the world, so I'm really excited for this next adventure for her. It will no doubt be filled with a lot of laughter, fun and passionately shared Amy stories!” he said.

Despite her Wisconsin routes and her retirement, Amy’s loyalties are solidly yellow and black.

“I’m a Shocker,” she said. “I've established these lifelong relationships, and I hope to continue those”

We are enthusiastic ambassadors and storytellers of all things Wichita State—from our mission, vision and values to the positive impact Shockers make locally, regionally and globally.

Learn more about Strategic Communications
Read more stories like this 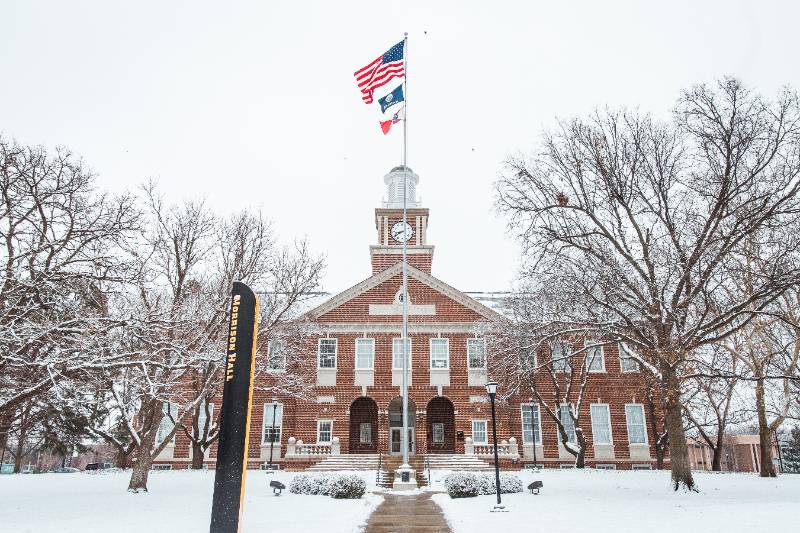 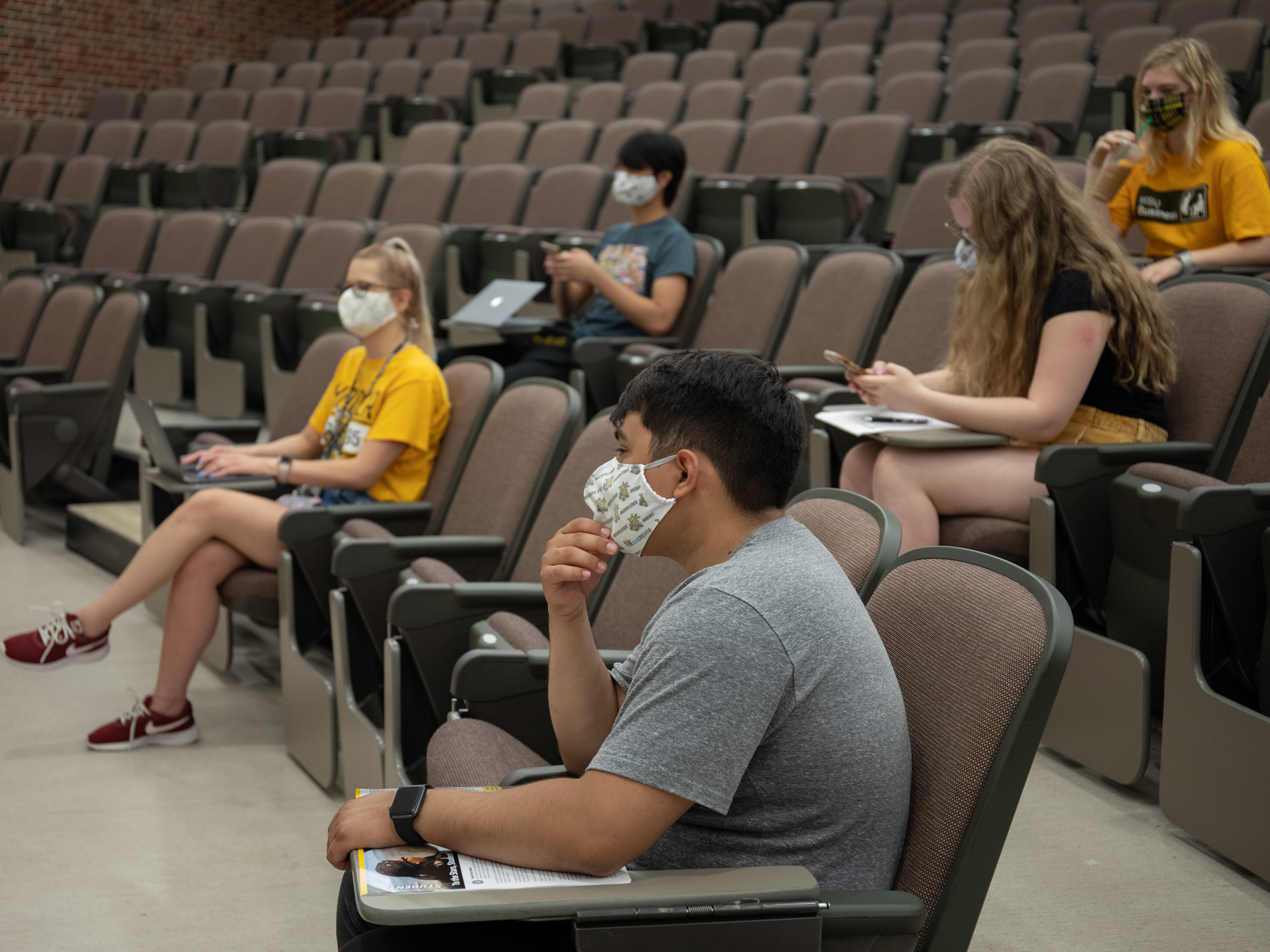 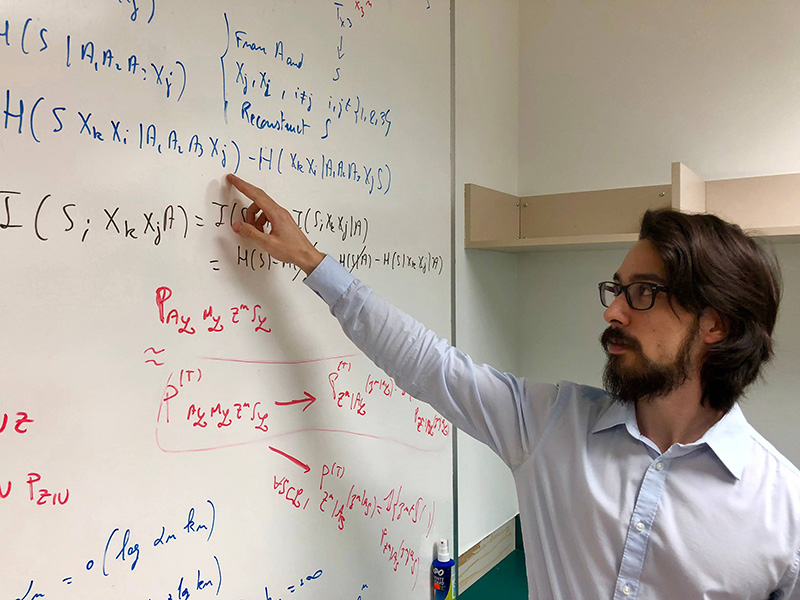