It is with great sadness that I, on behalf of the entire Wichita State University community, express my condolences to the family and friends of Eugene Hughes, former president of Wichita State. President Hughes died on March 10 in Flagstaff, Arizona.

President Hughes served as Wichita State’s 11th and centennial president from 1993 to his retirement at the end of 1998. When he took office, he began a campaign for “The Metropolitan Advantage,” aimed at redefining Wichita State’s connection to the community – a pillar we hold near and dear to our mission to this day.

Dr. Hughes believed that universities are never finished products, and urban institutions like Wichita State must evolve in response to the changes in the community. He said this dynamic quality would allow Wichita State to remain a powerful educational force for Wichita, our state and the nation for many years to come.

In 1999, the donor who provided the funding for the purchase of the complex at 29th and Oliver requested that it be named in President Hughes’ honor. It is now known as the Eugene M. Hughes Metropolitan Complex. 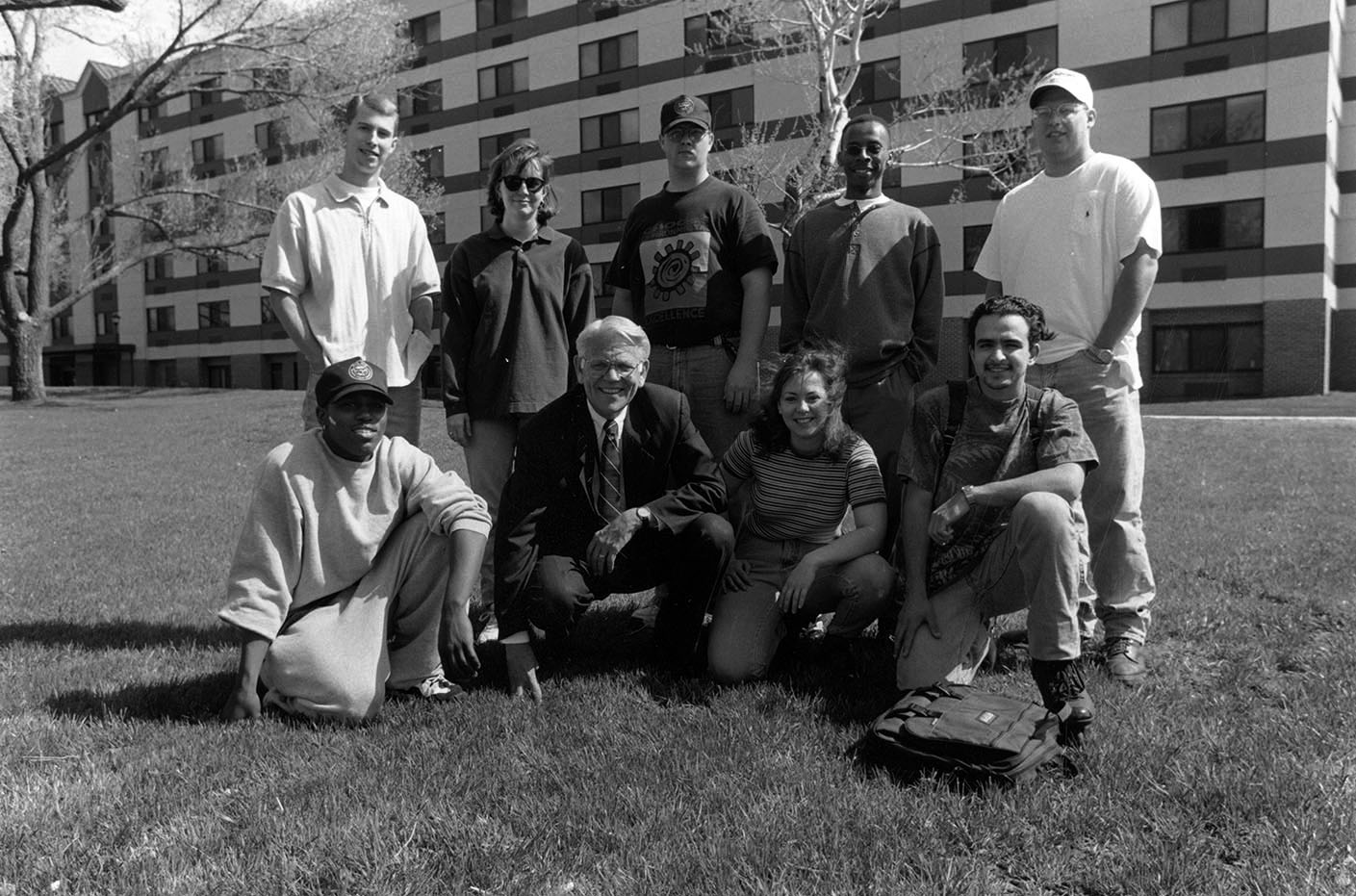 Before coming to Wichita, Dr. Hughes was president of Northern Arizona University. His degrees in mathematics were from Chadron State College, Kansas State University and George Peabody College of Vanderbilt University.

President Hughes has left an indelible footprint on our university, and we’re grateful for his wholehearted commitment to strengthening the connection between the university and our surrounding community. Though many of us are mourning Dr. Hughes’ passing, we take comfort in his enduring legacy to Shocker Nation.

To send in condolences, email president@wichita.edu, or leave a card or other memento from 9 a.m.-5 p.m. Monday, March 15, at the Metropolitan Complex, Entrance A.

There have been 14 presidents during the span of Wichita State University's existence. Here's a brief look at the leaders who advanced the university, through good times and bad, from a small private college to the vibrant 330-acre state institution it is today.