People from France farmed and produced silk in Kansas in the 1860s as part of a dream of a utopian community.

“Who knows what was going on here in Silkville,” John Wise says as he stands in front of a stone schoolhouse in Franklin County near the end of his 12-minute video.

We know a bit more, thanks to Wise’s wanderings across Kansas and his skill with an iPhone 11, a selfie stick and a DJI Mavic 2 Pro drone.

Wise, Wichita State University assistant director of track and field, documents his love of history, travel and frozen soft drinks in “Travel With a Wiseguy” on YouTube. He posts a video weekly, many from trips around Kansas to visit small towns, ghost towns and places such as Old Oxford Mill and Little Jerusalem.

“I grew up in a small town, so it was kind of connecting with how I grew up and thinking about that kind of stuff,” he said. “As a kid, we would always take a summer vacation and I can remember being in the back seat and having an atlas and looking at the towns and the places I’ve never been.”

The video project, with a library now past 50, started in 2020 when the COVID-19 pandemic shut down athletics and recruiting. With no weekend track meets or school visits, Wise jumped in his 2012 charcoal gray Ford Fusion, turned on the music of Kenny Chesney, Robert Earl Keen and AC/DC and drove to places he could safely explore.

“You’re just used to traveling, and we weren’t able to do that,” he said. “I started by going to some very sparsely populated places. That spread to small towns and ghost towns.”

Wise, who grew up on a tobacco farm five miles from Winchester, Ohio, traveled as part of his sports life as an athlete and coach. He sprinted at Kent State University and coached there for five years before coming to Wichita State in 2006.

Wichita State director of track and field Steve Rainbolt coached Wise at Kent State. “Travel With a Wiseguy” reminds him of Wise’s hobbies as an athlete from 1994-98, when he devoted himself to a track and field website in the early days of the Internet. After meets, Wise would find a computer in a library and type in meet results while his coaches and teammates waited.

“He’s an adventurous guy,” Rainbolt said. “His sense of adventure playing out this way is sort of a new development. It’s similar to lots of things he did as a college kid.”

In recent years, Wise expanded his horizons with summer trips to places such as Europe, New Zealand, Iceland and Easter Island. In 2020, circumstances kept him close to home.

Silkville, like many of Wise’s subjects, tells an interesting story despite its age. The empty buildings, dirt roads and faded signs, in Wise’s view, show us how Kansas grew and how events created its future.

“The first thing I did when I moved out here – I was trying to get familiar with the recruiting area – I bought a book and the book was called ‘Ghost Towns of Kansas,’” he said. “It taught me about why certain towns succeeded and why they failed and the history and geography of Kansas. In the back of my head, I thought I would like to go find some of these places.”

In April, he visited the 10 smallest towns in Kansas, as measured by the 2019 census, which ranks as his most popular video. The list started with populations of 23 and ended in Waldron, population 10.

The tours of ghost towns include Trousdale, Zenith, Lerado and Waterloo. He visited Marshall, the Sedgwick County town named for Marshall Murdock, founder of The Wichita Eagle. In 1883, the railroad located a few miles away and the town of Marshall moved and became Cheney.

His videos include a trip on Route 66, travels with the Shockers track and field team and a drone look at Joyland, Wichita’s abandoned amusement park. When his job kept him on campus, he filled in his weekly video with a slushie review from restaurants such as Sonic, Dairy Queen and McDonald’s (his favorite is Sonic lemonade with Nerds candy). Curt Rierson, video project manager at WSUTV, encouraged him to set a schedule and helped with technical and artistic advice.

The trips taught him how Kansas grew, shaped by the Missouri River, steamboats and the Civil War in the northeast, the railroads in the southern part of the state and cattle drives, ranching and farming in the west.

“Kansas is a super-interesting part of the country which was the perfect geographic place for ghost towns or small towns, people that got to a certain point and stopped,” he said. “I’m just fascinated with the wild West and that time and the pioneering spirit.”

Wise started with a map of Kansas and roughly 100 dots representing places he wanted to visit. The map remains full of destinations. He wants to explore more of western Kansas. Drone footage of Wichita’s Union Station sounds interesting. 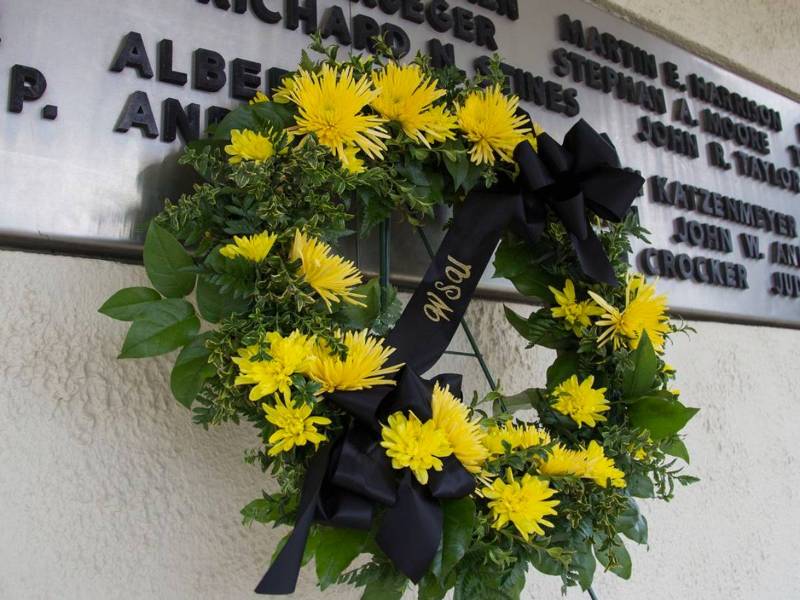 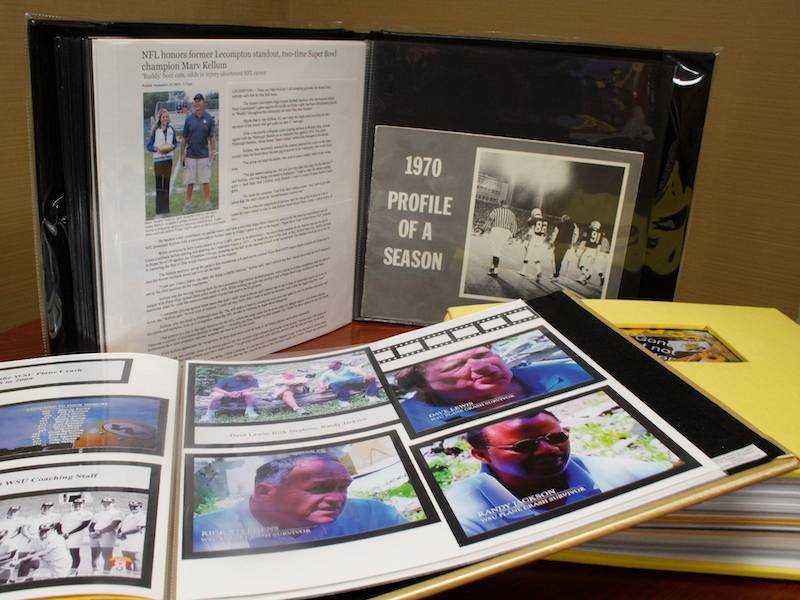 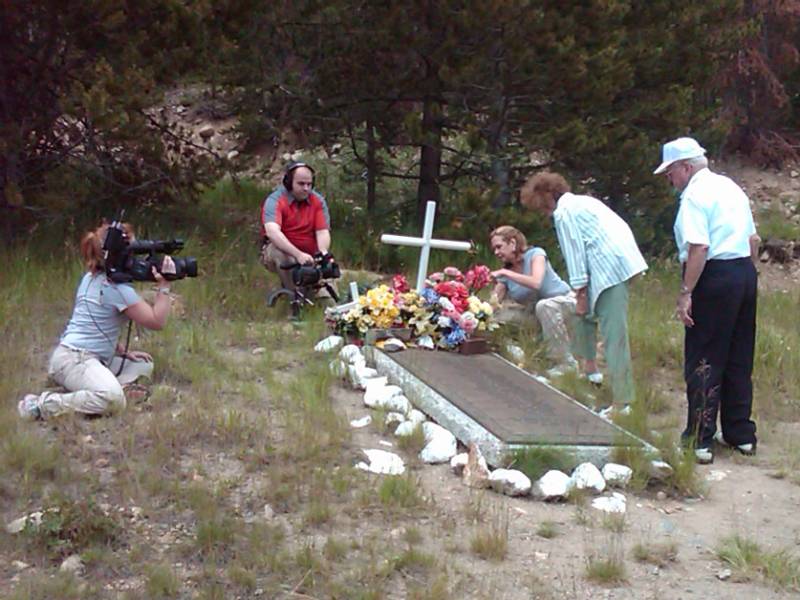 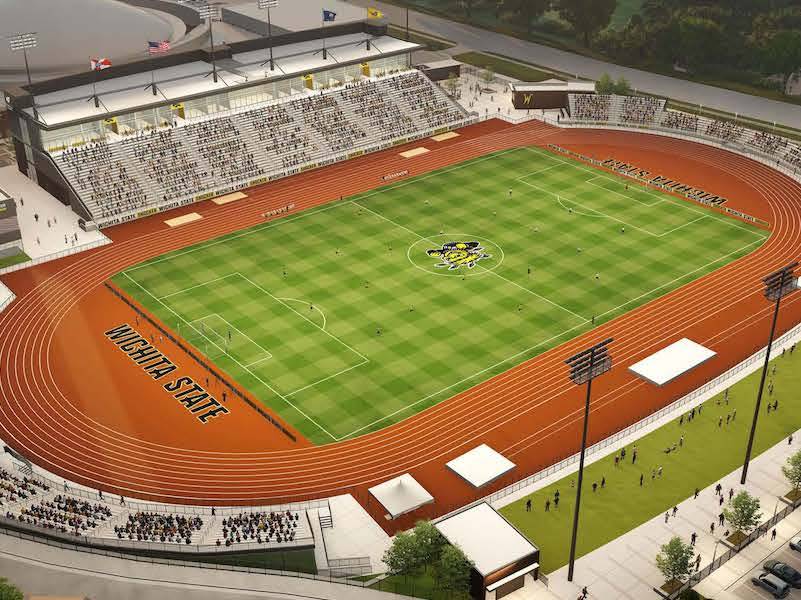