The Widener Global Leaders Program, a new, year-long, interdisciplinary program housed in the W. Frank Barton School of Business at Wichita State University, has compiled a dynamic and diverse group to serve on its industry advisory board.

“We’ve assembled an amazing team of women who have climbed to the top of their fields and revolutionized their industries,” said Dr. Larisa Genin, dean of the Barton School of Business and co-chair of the advisory board for the Widener Global Leaders Program. “Tapping into their knowledge and having them be formative members of this program will help transform the lives of our students.”

The Widener-GLP focuses on developing women leaders across the fields of business, communication and music. The inaugural, 10-person class begins fall 2021. Students in the program will have opportunities to develop business skills, communication skills, artistic awareness, a commitment to social responsibility, cultural intelligence, and a global mindset. The advisory board, which was recently announced during the program’s official kickoff event, will provide guidance on the content and future of the program, connect it to industry partners and serve as mentors for the participants.

“These women are recognized globally as leaders and innovators in their  professions," said Peri Widener, whose gift made the program possible and who also serves as the advisory board co-chair. "Their commitment to developing the next generation of women leaders is proven through their passion for mentoring and lauded track records in advancing women. We are fortunate to have such a deep bench of renowned leaders helping advise these young women and shape this unique program.”

Berlin serves as senior advisor to energy33 and Ariete Hospitality Group. Over her career, she has been a senior advisor to numerous companies operating globally and has spent more than 20 years developing energy sector projects in the Middle East and Sub-Saharan Africa. Berlin has served on the board of directors for various companies in the finance, engineering and construction sectors in Latin America. She is a member of the International Women’s Forum and routinely mentors early-stage venture companies in the energy sector and in the food and retail industries. Berlin has served on the boards of various business mentoring organizations including The Venture Mentoring Team, The Commonwealth Institute and The Strategic Forum.

Bernard joined the St. Louis Symphony Orchestra in 2015. She began her career in orchestra management with the prestigious League of American Orchestras fellowship. Bernard is a member of the International Women’s Forum. She also serves on the boards of United Way of Greater St. Louis, the St. Louis Regional Chamber and Grand Center Inc. In 2016, she received St. Louis Magazine’s A-List Award for “Arts Leader” and was among St. Louis Business Journal’s “Most Influential Business Women.”

Sherry Chisenhall is president and editor of The Charlotte Observer in North Carolina and The Herald of Rock Hill, South Carolina. Chisenhall also serves on the North Carolina Press Association board of directors. She was among the founding editors of the North Carolina News Collaborative and the Charlotte Journalism Collaborative, and is a member of the Online News Association. Chisenhall worked for the The Wichita Eagle from 2000-2016, serving as executive editor and senior vice president of the news for 12 years. During her time in Wichita, she was an advisory board member for the Elliott School of Communication at Wichita State University.

Mary L. Kramer, director of Special Projects and Detroit Homecoming, Crain Communications
Kramer has held several roles at Crain, including vice president and group publisher for Crain’s city business publication in Chicago, Cleveland, Detroit and New York. She serves as chair of the Skillman Foundation, a $500 million endowment focused on improving the lives of Detroit children. She was the first woman to be elected president of the historic Detroit Athletic Club, and in 2017 was named to the Michigan Journalism Hall of Fame. She is also a member of the board of directors for MiBank Corp. in suburban Detroit.

Judith Leonard has served as the general counsel of the Smithsonian Institution since 2009 following a decade as vice president and general counsel of the University of Arizona where she also taught higher education law. In addition, Leonard serves as the Smithsonian secretary’s representative to the Wilson Center Board of Trustees and as a member of the board of trustees of the Southern Education Foundation. She was elected to the American Law Institute in 2014 and is a member of the National Association of College and University Attorneys and the Association of Corporate Counsel. Leonard serves on the board of visitors for the University of Arizona College of Law and is the recipient of its 2021 Law College Association Award. She is a member of the District of Columbia chapter of the International Women’s Forum and the Women’s Advisory Board of Girl Scouts Nation’s Capital.

After retiring from the Maryland National Guard as a two-star general – and the first woman and the first Black adjutant general for the Maryland National Guard – Singh founded Kaleidoscope Affect. Singh is an International Women’s Forum fellow and member of the Washington, D.C. chapter. She serves on the board of directors for Howard Bancorp, Easterseals DC MD VA, and Headstrong. She also serves on the advisory boards of Vital Guidance and the Cybersecurity Forum Initiative, and on numerous committees. She is a recipient of the Ellis IslandMedal of Honor and was inducted into the Maryland Women’s Hall of Fame in 2015.

For more information about the Widener-GLP and full biographies of our Industry Advisory Board members, visit: www.wichita.edu/widener-glp.

We develop diverse global leaders with cultural acuity, business capabilities and commitment to helping others through multidisciplinary experiences. 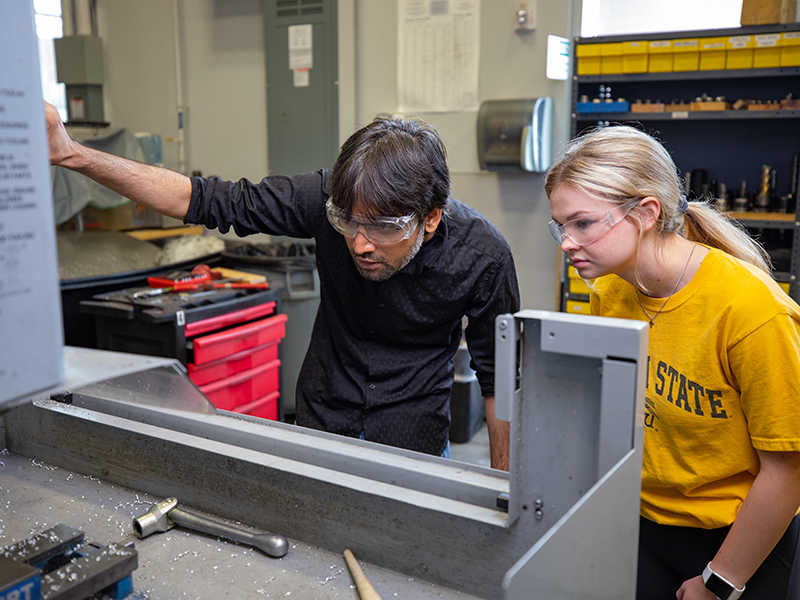 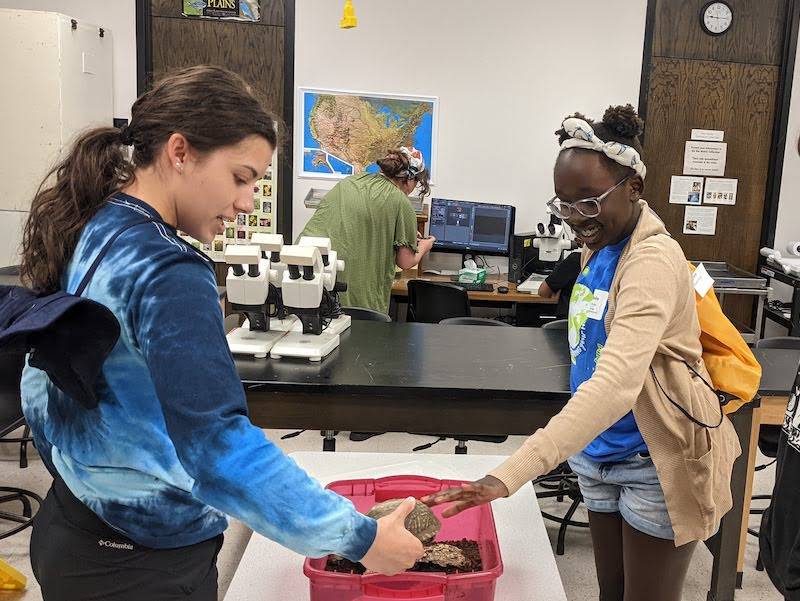 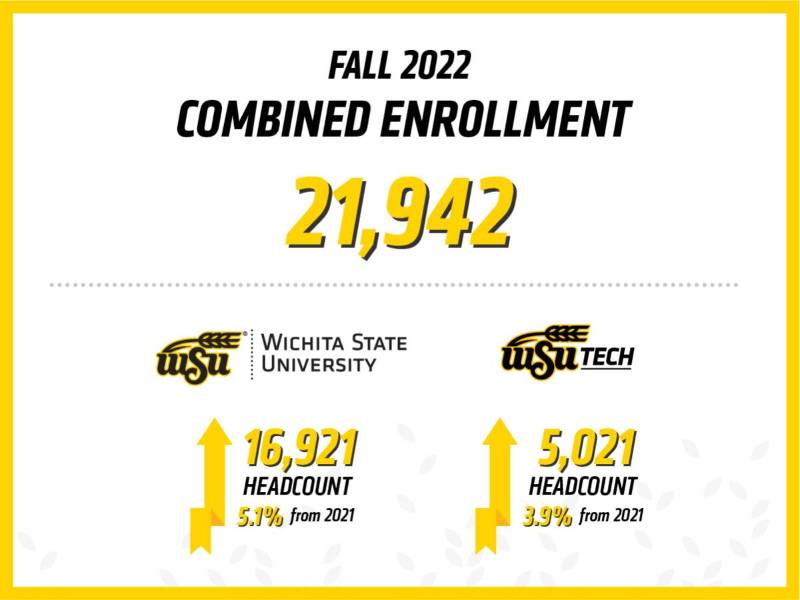 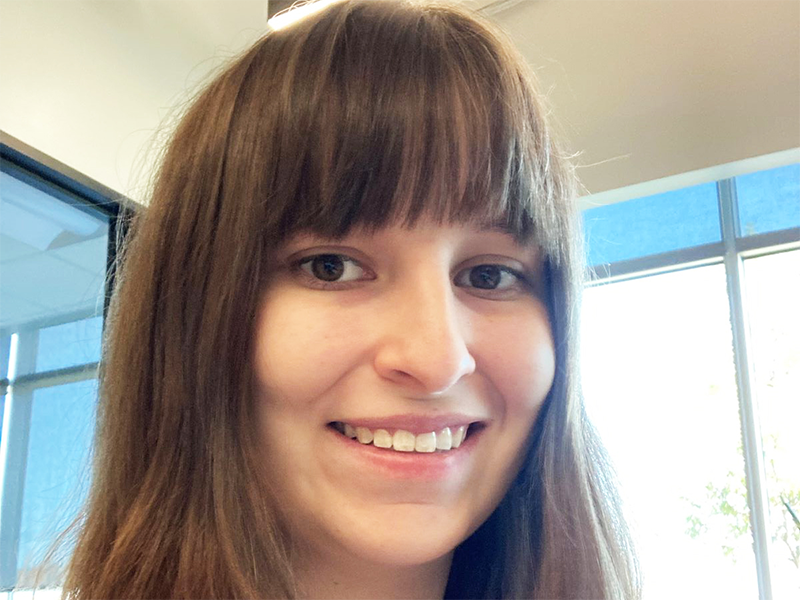