Archaeology fieldwork can be arduous and painstaking, but it’s a vital part of preserving the heritage and history of indigenous people.

Dozier, assistant professor of archaeology, was called to action as part of her official duties as city archaeologist recently when the city wanted to improve the infrastructure of North Chisolm Creek Park in north Wichita.

The city submitted for a federal grant to improve the infrastructure of the park with an ADA-accessible loading zone. The grant required that a cultural survey be done on the lane to ensure that no ancient artifacts would be destroyed when the construction on the project began.

“Through the office of the City Archaeologist, Wichita State provides these archaeological surveys for our local government,” Dozier said. “I felt like this was a responsibility of the office. This is the whole reason why the office was created.”

North Chisolm Creek Park is a beautifully restored prairie, which means there’s a lot of vegetation and it’s not easy to see everything on the surface, Dozier said. Kansas State historic preservation laws require a subsurface survey, particularly because the pond in the area used to be a creek that is a high-probability area for finding archaeological sites.

Dozier, along with a graduate assistant Laura Kennard, seven graduate and six undergraduate archaeology student volunteers, picked up their shovels and got to work.

The team dug holes every 15 meters, digging additional holes if there were any cultural materials unearthed. In total, there were 84 pits dug over six eight-hour days. It should be noted that the high temperatures on dig days ranged from the high 80s to high 90s degrees Fahrenheit.

In total, the archaeologists found? three isolated pieces of lithic debitage, which are “pieces that are smaller than a quarter that have flaked off in the process of making stone tools. Not all of them are made into those stone tools, but it’s a biproduct,” Dozier said.

When the fragments were found, the archaeologists were required to do additional investigation.

“Every time we found one of those, we had to do eight additional shovel test pits in the four cardinal directions around it to make sure there weren’t anymore,” Dozier said.

All the found fragments ended up being isolated finds, Dozier said, which means they could have been tracked into the site by someone traveling through the area, but the site was likely not where the tools were made.

All the lithic debitage was gathered and brought back to the Archaeology of Food Lab in Neff Hall at Wichita State for further testing.

“But we found nothing to prevent the city from making the improvements to the park,” she said.

The office of Wichita City Archaeologist has been part of Wichita State University since the 1960s. It’s an honorific position that saves the city tens of thousands of dollars when it needs these types of surveys done.

“There’s not very often that a need arises that we need a city archaeologist because we’ve surveyed the majority of public lands in Wichita at this point,” Dozier said. “But very occasionally I get the email, and I say, “That’s what this office is meant to do.’”

When Jan Long, who works for the Wichita City Parks Department, read the requirement of the cultural survey, she immediately emailed Dozier.

“It was just wonderful because she took it from there,” Long said. “This could result in over $281,000 in grant money. And certainly, the study is very useful.”

Dozier said there are boxes of found artifacts in the archaeology lab in Neff Hall — remnants of previous digs done by former WSU archaeologists in their official role with the city.

One occasion when WSU’s archaeologists were called in for survey and consultation with the city was in 2005 when the tusk of a wooly mammoth was discovered during construction along Kellogg Avenue.

Dozier and her graduate assistants also make themselves available to review all upcoming zoning propositions for the city and county and review any calls for additions to the historical registry.

“We have an ear on the ground of what development is taking place. Are there any areas of archaeological risk that we know of in the city? We’re available if such a need arises,” she said.

The city archaeologist also talks to middle- and high-school students and consults with private landowners.

“This is exactly the cultural resource management field that we are training our students to do. We were doing it to industry standards. These are exactly the kinds of careers that they’re training to do,” Dozier said.

Long said she appreciates how responsive and thorough Dozier’s team has been.

“I feel good that we did our due diligence, and we can provide an easy avenue of knowing that we’re not destroying anything in this process of improving the park,” she said. “It makes this part of creating improvements to our park system so much easier and so much more responsible.”

“As an anthropology student, these kinds of experiences are extremely beneficial, as they provide real-life, hands-on experience on an archaeological project and allows for a glimpse into what the career path may have in store,” Kressly said.

Jennifer Banks — a graduate student from Van Meter, Iowa, whose focus is archaeology and cultural resource management — said every project provides its own set of challenges and successes.

“This project gave everyone involved a greater appreciation for Kansas prairie soils, which can be tricky to dig and screen,” she said. “This project helped me grow as a researcher and a student by providing hands-on experience to apply what I'm learning in the classroom to things that I may experience in jobs post-graduation.”

The North Chisolm Creek dig was the third field expedition that 68-year-old Arland Wallace, sophomore in anthropology, has participated in recently.

“I am always grateful for the opportunity to participate and learn different methods and outcomes. This project difficult, but I have learned that when a group of like-minded students participate in a project like this, it can be very educational,” he said. “There was something wonderful about being outside digging, working, and being part of nature while trying to unlock a mystery, and come away from the project answering our archaeological questions.” 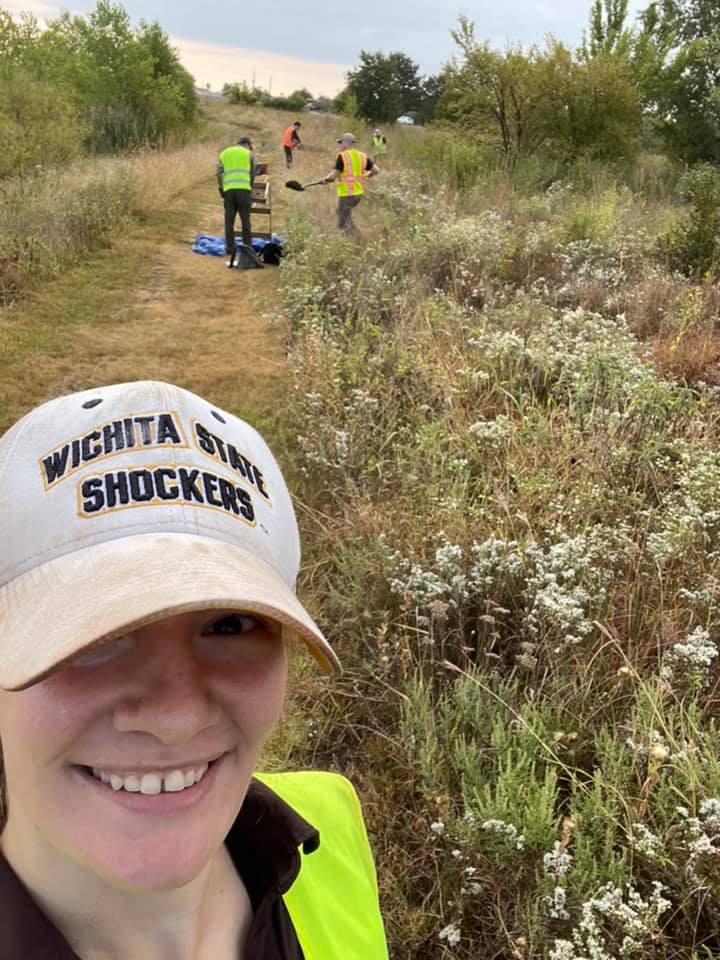 Dr. Crystal Dozier, assistant professor of archaeology at Wichita State, worked with her students on a cultural survey of North Chisolm Creek Park in Wichita.

Studying archaeology at Wichita State University offers many unique opportunities for both undergraduate and graduate students. Our faculty specializes in archaeology of the Great Plains with interests ranging from the time of the earliest settlement of the Americas to the historic period, to native trails and sacred sites as well as political economy and social identity in the past, especially as embodied through foodways and cooking technologies with interests in nutrition, fermentation technology, feasting, and ancient diets using macro and micro-botanical techniques. 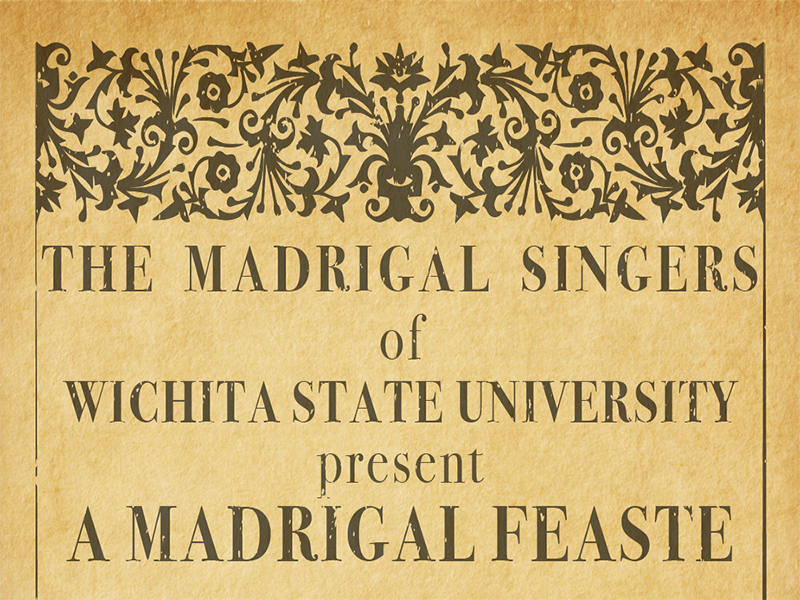 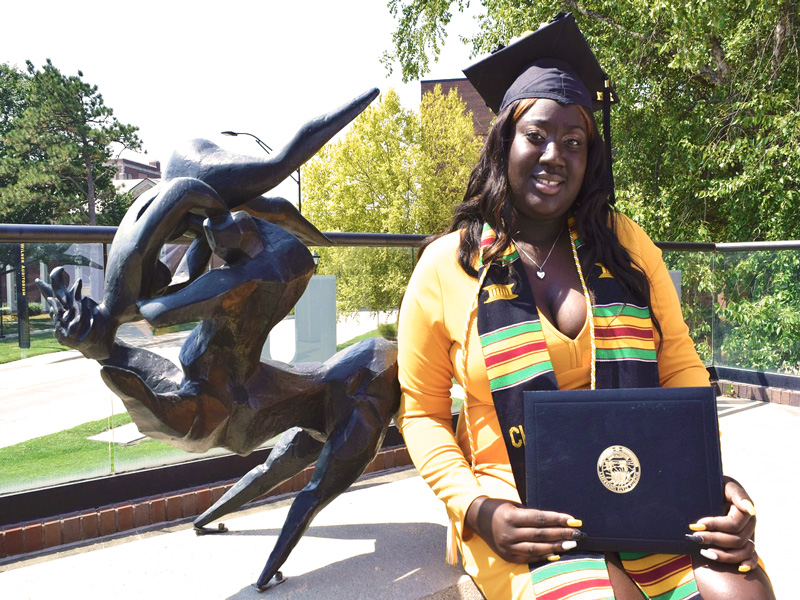 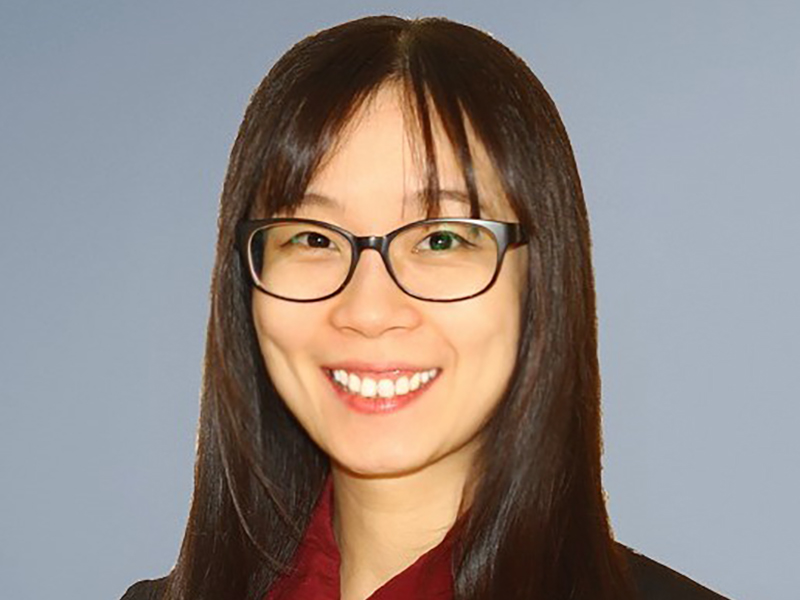 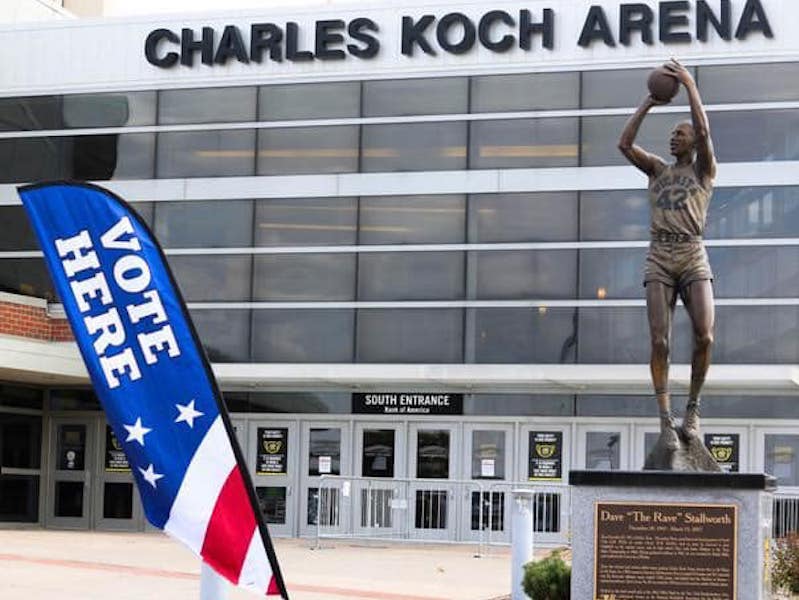