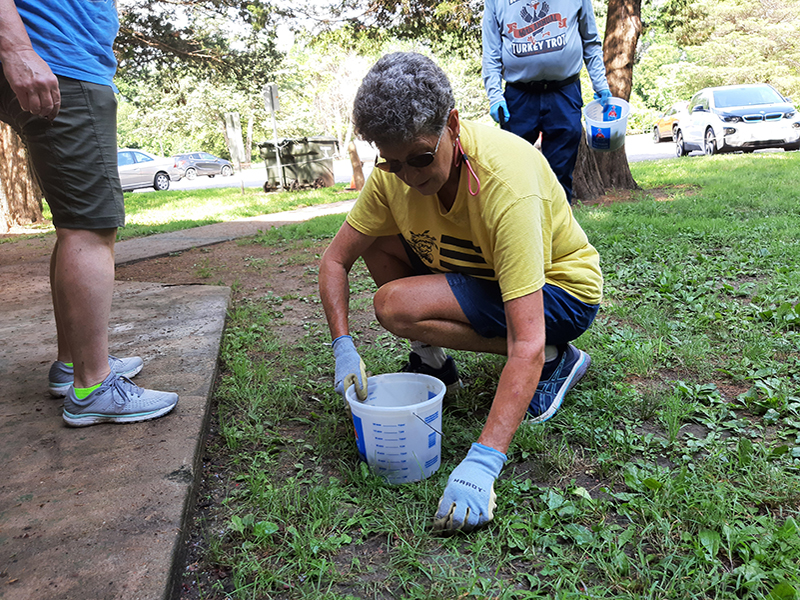 A volunteer helps collect trash for The Wichita Litter Study.

When it comes to keeping our city clean, Wichitans can do better.

That’s according to a litter study conducted by Wichita State University’s Environment Finance Center, which surveyed a dozen parks within the city limits during the summer of 2021.

The Wichita Litter Study was borne from community concern about the number of single-use plastic bags floating throughout the city. The study focused on 12 small sites within Wichita municipal parks — two parks within each city council district; and the data, while concerning, was not altogether a surprise for the research team.

“Wichita is a unique place, but our litter certainly is not unique,” said Michelle DeHaven, program manager at the EFC. “When we compare it to other litter studies, our study showed that Wichita’s litter is similar to what communities are experiencing across the country.”

In total, study volunteers collected two dozen 5-quart buckets filled with small, unmeasurable items with an average of two buckets per collection event. Additionally, volunteers picked up 1,765 individual pieces of trash that were 4 inches or larger. Of the litter collected, 47% of it was single-use plastic.

“When you research, most of the things that other studies find are plastic, and so was ours. Almost half of what we found were single-use plastics,” DeHaven said.

Single-use plastics, as the name implies, are disposable items that are thrown away after using one time. For example, water bottles, potato chip bags and candy wrappers are all single-use plastics.

“The majority of the plastic that we found was food and beverage containers — water bottles, Gatorade-type drinks, soda bottles, alcohol bottles, chip bags and wrappers that come off convenience foods at gas stations,” DeHaven said. “A second runner up was cigarette butts. We found cigarette butts all over the place.”

DeHaven said that many smokers have the misconception that cigarette butts are biodegradable or made from paper, so they throw them on the ground.

“Cigarette butts are made of plastic,” she said. “A lot of people think it’s just paper and it’ll degrade, but it’s not paper. It’s plastic that contains toxic compounds. So not only does the plastic last a long time, but it’ll leech those chemicals into the ground.”

DeHaven said that while some of the litter can be attributed to Kansas’ high winds blowing trash, much of the problem could be remedied with behavioral changes.

“In a couple parks where there were pavilions or picnic areas, there was trash on the ground in front of the trash can even when the trash can was not full,” she said. “There are definitely some behavioral modifications that could help limit the litter in Wichita.”

What can we do?

Moving forward, the Wichita Litter Study states that “Efforts to prevent and mitigate litter in our community can range from simple, low-cost approaches to broader investments in prevention campaigns and capital to keep litter from ending up on the ground, then entering our rivers and streams,” the report reads. “Everyone in the community has a role to play in reducing litter.”

“There are things that the city of Wichita can do on a municipal level, such as looking at placement of trash cans, making sure there are adequate trash cans where people congregate, and investing in recycling and the messaging to go along with it,” DeHaven said.

Additionally, there are actions that everyone can take such as making sure that we all are properly disposing of our trash. Recommendations from the report include the following:

“Pick up your trash. Pick up trash if you see it on the ground, and pick up after your dogs,” DeHaven said. “We’re part of an entire system that’s trying to keep our planet clean. When I think about all the trash that ends up in our ocean, it comes from here, too.”

DeHaven said that some people might not think Wichita’s trash can affect the global trash problem, but that’s simply not true.

“The trash that’s in our river will flow into the river or the storm drains, and that leads down to the Mississippi River, to the Gulf of Mexico and right to the ocean,” she said. “If you look at the trash in the north Pacific, you will find trash from Wichita there because our waterways are all connected.”

Learn more about the EFC
Read more stories like this 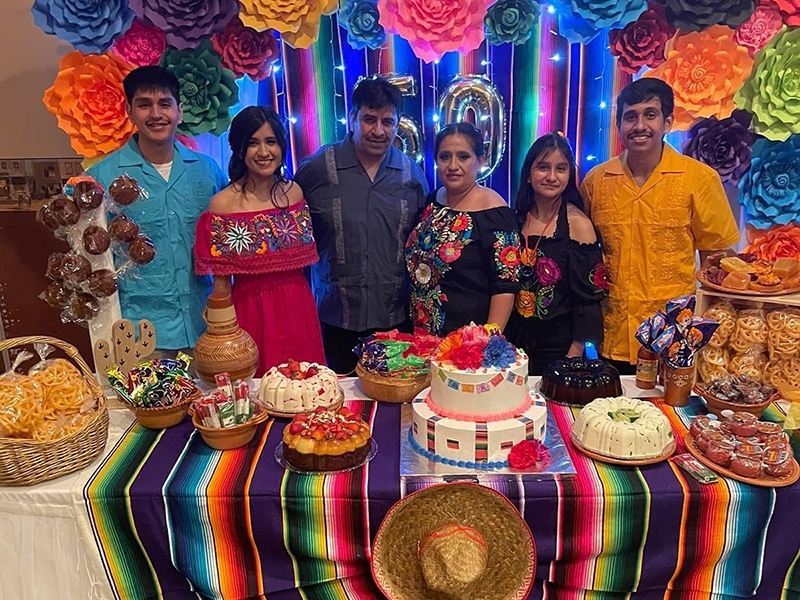