Every day is a day to celebrate the art that enriches our lives. And in April – April 15 to be exact – we pay special tribute with World Art Day.

Art at Wichita State University can be seen all over campus and is a vital part of WSU’s campus life. WSU’s art museum, the Ulrich Museum of Art, has as part of its permanent collection an 85-piece sculpture collection known as the Martin H. Bush Outdoor Sculpture Collection, which is spread out across our 330-acre campus.

The first sculpture was placed on the WSU campus in 1972; the latest sculpture — number 85 — was installed last November. WSU students, employees and campus visitors are constantly surrounded by these unique and priceless sculptures, making it a invaluable addition to Wichita’s art culture.

The outdoor sculpture collection is always open and always free, giving campus visitors unique access to works by some of the world’s most celebrated artists.

Below is a look at 15 sculptures from the collection. Come to campus any time to see the entire collection in person!

Did you know that the artist who created Accord Final: They Wouldn’t Let Me Play Carnegie Hall destroyed a real baby grand piano so he could cast its remnants in bronze? This sculpture can be seen near Duerksen Fine Arts Center and will get your attention.

The artist — known as Arman — is well known for doing a series of broken violins and cellos but to us, this is his grand finale. Accord Final is meant to show the beauty in demolition and destruction. We don’t always see the inner workings of a piano, so this is a rare insight. Imagine what the sound of a crashing piano would make!

Did you know that Twister Grande (tall) is the first contribution from the Ulrich Museum to the Innovation Campus?

Installed in August 2020, this contemporary piece was meant to capture the spirit of the dramatic changes that have taken place in the university within the decade. Artist Alice Aycock embraces disparate, chaotic, and messy phenomena to challenge the viewer through her art. Thank goodness we can fully enjoy this twister without taking shelter!

Joan Miró’s Personnages Oiseaux (Bird People), located on the façade of the Ulrich Museum of Art, is the only glass and marble piece Miró ever made of his 350,000 works. It is made up of 1 million individual pieces, each one of which was restored over a five-year period starting in 2011. During the restoration, the entire 28-foot by 52-foot mural was removed from the wall outside the Ulrich.

One of the most famous pieces on campus, the mosaic depicts the surrealist figures meant to be fantastical bird people. Much like the students on campus, Miró was known to be an experimenter of different mediums. The piece will always welcome you as you enter the Ulrich Museum of Art.

Claes Oldenburg’s “Inverted Q” across from the McKnight Art Center has caused many passersby to wonder what exactly the sculpture is depicting. As he made the piece, Oldenburg was inspired not only by the large balloons that accompany parades, but by the letter Q. Oldenburg looked to ordinary, everyday subjects to define his work. He wanted to take a normal letter from the alphabet and flip and distort it to take it so far out of its normal context that it would be nearly unrecognizable. It almost looks like the upside-down Q is coming to life.

Artist John Walter Kearney, whose sculpture Grandfather’s Horse is located by Hubbard Hall, accidentally stumbled into this artform while scavenging through car bumpers in a junkyard.

When he took them home to his studio, he dropped them on the ground, and it looked like the shape of a ballerina to him. That inspired his new artform of using car parts to create other objects. He used the car parts for this piece ironically because automobiles symbolize the end of the reign of the horse as the primary mode of transportation.

Fernando Botero’s exaggerated pillowy proportions in his works — including Woman with Umbrella and Man with Cane next to Jardine Hall — are what makes Botero distinct.

Their exuberance and childlike quality grabs people’s attention. The WSU duo asks us what social class these two belong to and has an air of mystery surrounding them. Many people on campus say the man specifically looks like the Monopoly character. Botero leaves it up to the viewer to interpret the sculpture.

In Ernest and Ruth, the newest campus piece in the outdoor sculpture collection, visitors are encouraged to actually sit inside its speech bubble shaped form.

This interactive sculpture — by Hank Willis Thomas — is meant to teach students that everyone has something of value to add to the conversation happening around them. The piece is titled Ernest and Ruth after Thomas’ grandparents. The statue marks the first sculpture by a Black artist to be included in the Martin H. Bush Outdoor Sculpture Collection. Two other benches by Thomas are to be installed at another date and will be located near Woolsey Hall. One thing for sure is that Ernest and Ruth is a reminder to speak up and find your voice.

Many a lover can be seen taking a photo at the sculpture, located in front of Heskett Center. Indiana drew inspiration for his well-recognized contemporary art from stencils of a former Marine Warehouse he worked in. He incidentally created the first LOVE using crayon rubbings for a Christmas card in 1964. Indiana is known for spreading his art in support of the civil rights movement, LQBT+ community, and for peace following the 9/11 attacks. His art brings together various cultures and unifies people.

Blink and you’ll miss it: partially underground and covered in glass near Ahlberg Hall, Randy Regier’s The Celestial Mechanic was inspired by the book “Fallen Spaceman” by science fiction writer Lee Harding.

While we don’t know how the Celestial Mechanic fell and landed here on Earth, the book depicts an idea of how it might have happened. The astronaut falls out of the sky onto a planet much like Earth, with an agrarian society. The title of the piece also points to the labor of the hands as Regier himself used his years of work in auto body shops to inform his work as a sculptor. He used pieces from antiques shops like an old jukebox and a refrigerator to create this work. The Celestial Mechanic emphasizes the importance of imagination and the dream of space travel with the necessity of attention to the smallest of details.

The name, meaning “with greatest honor,” is what universities use to describe the highest attainable level of academic distinction. The sprawling look of the sculpture is also meant to show the budding plants and bushes of spring, as well as the period of growth students experience in college. The square shapes could represent the caps being thrown in the air during graduation. Surely, the graduating seniors can relate to the feeling of this piece.

Danseuse Espagnole which translates to “spanish dancer” is meant to look like a dancer doing a traditional Spanish dance with passionate and flourishing movements.

The sculpture, by Sophía Vári, is the centerpiece of WSU’s Plaza of Heroines, dedicated to the history and accomplishments of women. The swirling abstract forms appear as a dancer doing a traditional Spanish dance like the Flamenco or Paso Doble.

Known on campus simply as “Millie,” Tom Otterness’ Millipede sculpture at the 17th and Fairmount Street campus entrance is more than meets the eye. Upon close examination, you’ll see that “Millie” changes shoes from cartoony high heels to loafers on each foot. There are other surprises throughout the sculpture that you’ll just have to see in person. For example, if you look carefully on the last of Millie’s feet you may find a secret helper.

The Sodbuster sculpture outside Elliott Hall symbolizes the vitality of the Southwest.

Artist Luis Alfonso Jimenez was the grandson of Mexican immigrants and a native Texan who spent much of his life in New Mexico, so he had an appreciation for the Southwest and the people who live there. The sculpture depicts a farmer leading a team of oxen, which is also meant to symbolize the agrarian traditions of the Great Plains. The prairie grass at its base signifies the endurance of its farming communities.

Not only did Dalí have a fascination with his mustache, going as far as to write a book about it, but he also had a fascination with surrealist art. Hidden within the sculpture — which is located at the Ulrich Museum of Art — is more than one image. There is not only a portrait of himself, but also a man with flowing hair in an elaborate hat, as well. The piece is named after the Condottieri, who were the leaders of mercenary companies in Renaissance Italy.

The Reclining Figure: Hand sculpture symbolizes both a woman resting and the bow of a ship in the sea.

Just after the steps to Ablah Library you will see this reclining figure. Henry Moore’s sculptures like to play with movement and abstraction. You can see the shape of the ship in the figurehead of the woman, and you can see the waves in the knees of the woman. It can also look like rolling hills from certain angles.

Right outside of the President’s Residence – where WSU President Rick Muma and husband Rick Case live — is a bust of artist Charles Grafly’s mother.

In fact, there’s an entire Grafly sculpture garden right there, with the bust of his mother as the centerpiece. Grafly was the son of a Quaker farmer and apprenticed as a stone carver at age 17. While studying in France he developed his mature style from Classic, Greek and Roman sculptures.

*The Ulrich Museum of Art greatly contributed to this article. Learn more about the Ulrich at ulrich.wichita.edu.

The Ulrich Museum of Art, located on the campus of Wichita State University, is the region's source for modern and contemporary art. The Ulrich provides a unique opportunity for you to view our world through the eyes of the leading artists of today.

Ulrich Museum of Art
Read more stories like this 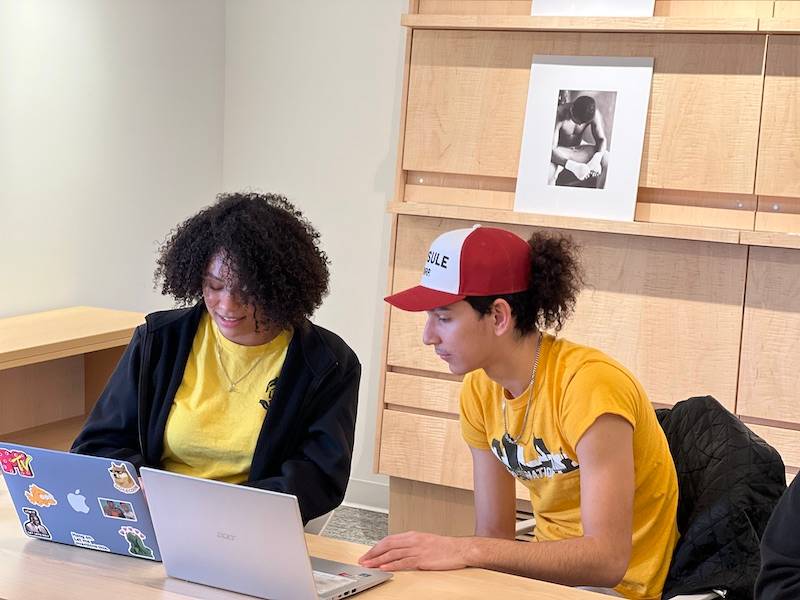 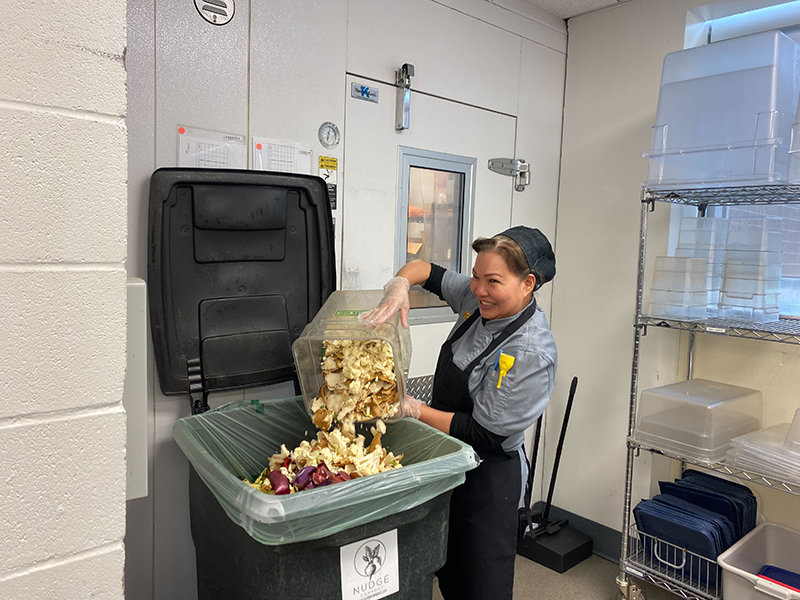 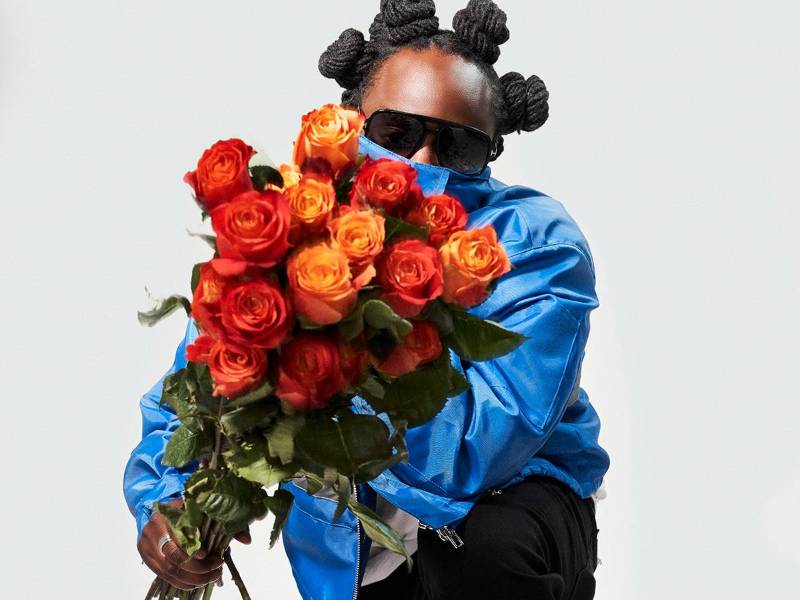 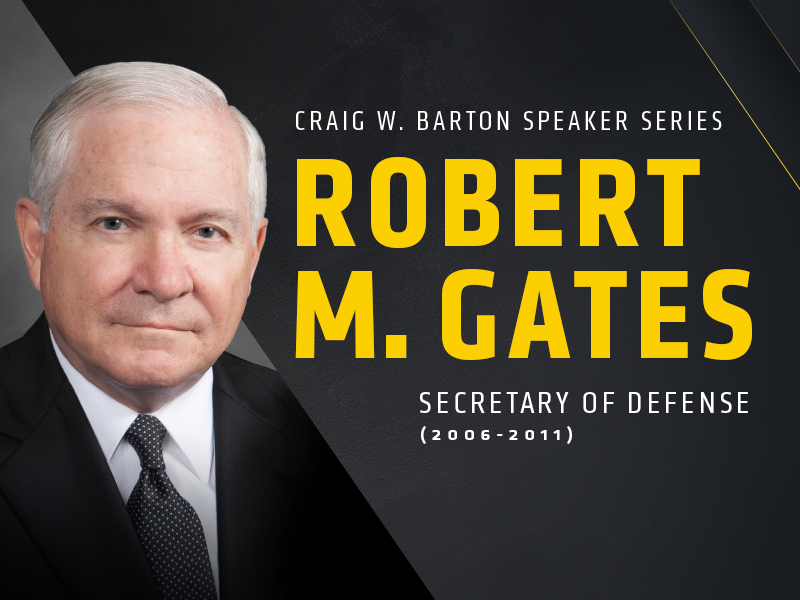