I’m an assistant professor of English with a Ph.D. from the University of Wisconsin. My research and teaching interests include eighteenth-century British media and culture, the history of the book, and the early history and development of the periodical. My current book project, Volatile Forms: Old New Media in the Long Eighteenth Century, investigates the dynamic reprint market in eighteenth-century Britain. An Irish edition of Gulliver’s Travels, a provincial newspaper serial of Robinson Crusoe, a natural history tract in a women’s magazine – reprints create new contexts and new audiences, destabilizing our literary expectations along the way.

I’m also in the early stages of a new project that studies convict writing in the long eighteenth century. What were the genres and modes of expression for convicts writing in this period? What can we learn about the literature, the culture, and the criminal justice system of the period by examining these texts? Research for this project spans the eighteenth-century British empire: “last speeches” and execution ballads that circulated London, stories of convict transportation to penal colonies in North America and Australia, criminal court cases that disrupted the Atlantic slave trade. What all these texts have in common is their ephemerality: they were printed in forms that were not meant to last. Many of these texts appear in newspapers, magazines, pamphlets, and broadsides. Still more were never printed at all, and exist only in manuscript form despite their announced aims of publication. My research is situated, then, in the opportunities that eighteenth-century print culture granted and denied to convict writing. 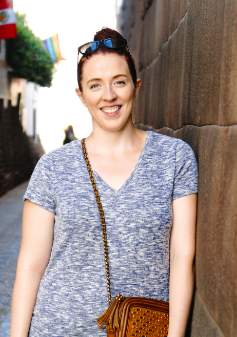