The City of Puebla 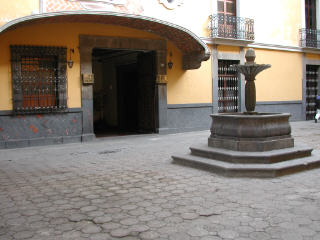 Puebla, Puebla, Mexico (similar to New York, New York, USA). It is about 85 miles southeast of Mexico City and can be reached by car, airplane, or bus. We chose Puebla for our summer program because it seems to embody all that is best in Mexican cities. Located in a cool mountain valley, it is a city of some 2,000,000+ inhabitants having all of the conveniences and advantages of modern urban and suburban areas while maintaining its small-town charm and simplicity. It retains much of its colonial architecture and pace of life with a twenty square block downtown area protected by UNESCO's World Heritage Committee. Considered the most Spanish city of New Spain, the year-round temperature is ideal, and the altitude (7,200 feet) is not great enough to cause difficulties for most people. Many old arts and crafts are still practiced in Puebla, such as making typical Talavera tile and pottery and working in onyx.

Our operations base in Puebla is the Hotel Colonial in the heart of the city, which is just one block from the zócalo, or main square. 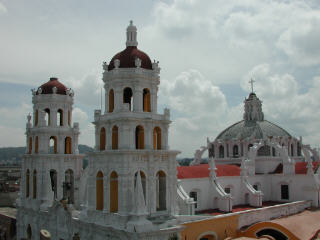 << Back to Puebla Home