The Department of Philosophy is fortunate to have on its faculty experts in a broad range of philosophical topics. All the traditional areas of philosophy, as well as several major sub-specialties, are represented. The following list of the department members will tell you a bit about us.

Main Office: 110 Fiske Hall; (316) 978-3125 Our main office is now open for in-person properly masked visits 8am-5pm Tuesdays and Thursdays, allowing for lunch and errands.  You may also email or call for an appointment, or look for Jan in Fiske 108 (the History Department office) MWF. Dr. Bondy joined the Department in 2018, having previously held limited term positions as Assistant Professor at Saint Mary’s University, Brandon University, and Trent University, and a Postdoctoral Fellowship at Cornell University. His primary research interests are in contemporary epistemology, including especially the nature and normative force of epistemic reasons and rationality, the epistemic basing relation, epistemic luck, informationally rich testimony, and epistemological problems of peer disagreement and deep disagreement.

Dr. Castro's research is centered in Kant scholarship, informed by current science with a broadly interdisciplinary aim. She is currently working on a book about Kant's metaethics, specifically how to establish a metaphysics of morals as a non-empirical science. More broadly, Dr. Castro is interested in the family of phenomena involved in acting or cognizing as if, in a wide range of contexts that include an imagination-centered Kantian theory of autism, algorithmic agency and social justice, Immanuel Kant’s peculiar moral imperative to "act as if your maxim were to become by your will a universal law of nature" (aka Kant's formula of nature), and Japanese philosophy of art (mastery and performance in renga and Noh). 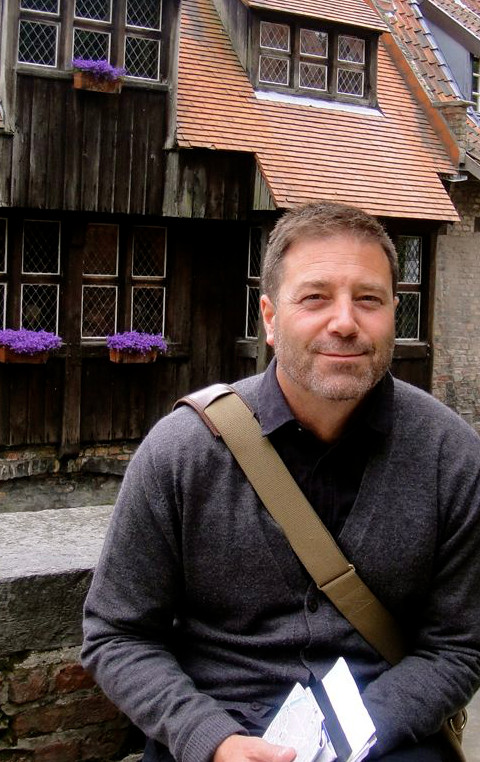 Professor Hepburn's current research interests are scientific explanation, problem solving and innovation, particularly all three in interdisciplinary contexts. His dissertation was on how the concept of equilibrium was used in explanations in 18th century physics, and how this usage was connected to mathematical changes. He continues to work on an historical and philosophical picture of how the descriptive and explanatory resources we have available contribute to the problems we can solve. Especially interesting is when resources from different domains (whether scientific or not) can be integrated in some way. He hopes to use these insights to inform education in Science Literacy and Science Proficiency.

Professor Hershfield is faculty advisor to the Pre-law Student Association and pre-law coordinator for WSU. 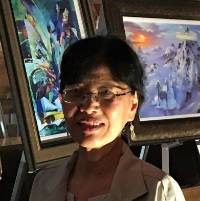 Professor Lu earned a B.A. in English from the Beijing Second Institute of Foreign Languages, an M.A. in Philosophy and Women's Studies from Southern Illinois University at Edwardsville, and a Ph.D. in Philosophy from the University of Kansas. Her current research interests include Classical Chinese philosophy, Euro-American feminist theories and their relation to Third World women, and Marxism and its impact on Chinese society. 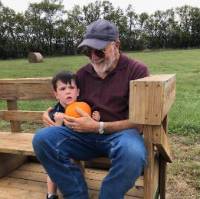 Areas of Interest: Philosophy and History of Technology, Philosophy of Mind

Professor Radebaugh received a Ph.D. in Philosophy from the Johns Hopkins University in 1983 and an M.S. in Computer Science from the George Washington University in 1991. He served as Assistant Director of the Information Resources Division at the Federal Reserve Board in Washington, DC until 2001. Areas of specialization include ethical issues in computing and engineering, philosophy and history of technology, and information-processing theories of cognitive behavior. 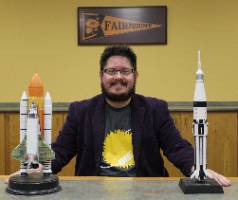 Professor Schwartz (they/them) earned their Ph.D in Philosophy at Wayne State University and joined the department in the fall of 2014. They actively pursue an interdisciplinary project on the philosophy and ethics of space exploration, which has points of contact with ethics, political philosophy, philosophy of science, science policy and law, and space science. They also have research interests in philosophy of disability and environmental ethics, and to a lesser extent in philosophy of mathematics and metaphysics. Professor Schwartz is author of The Value of Science in Space Exploration (Oxford University Press, 2020), editor (with Linda Billings and Erika Nesvold) of Reclaiming Space: Progressive and Multicultural Visions of Space Exploration (Oxford University Press, in prepration), and editor (with Tony Milligan) of The Ethics of Space Exploration (Springer, 2016). Their publications have appeared in: Philosophia Mathematica; Environmental Ethics; Ethics & the Environment; Space Policy; Advances in Space Research; Theology & Science; International Journal of Astrobiology; Futures; Journal of the British Interplanetary Society; and Astropolitics, among others. They have also contributed to several edited volumes, most recently The Human Factor in the Settlement of the Moon (Springer, 2021) and Astrobiology: Science, Ethics, and Public Policy (Wiley 2021).

To view some of Dr. Schwartz's public lectures on space, visit: vhttps://www.youtube.com/channel/UCIjjrHKJ3wJc6RxbEXUZJDQ 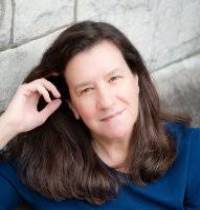 Courses taught at WSU include: Women in Tech, Science and the Modern World, Minds and Machines (Honors), Engineering Ethics.

"My area of specialization is philosophy of science, broadly construed. Much of my work concerns models and analogical reasoning in some way, whether in engineering, physics, geophysics, biology (Darwin), or artificial intelligence. One of my contributions has been to argue for the significance of the concepts of physical similarity and physically similar systems, already recognized as important in science and engineering, to philosophy of science. I use both historical and analytical approaches -- often together.

Besides the major works on analogical reasoning, models and modeling: I've published a group of papers on Alan Turing and natural and artificial intelligence. In an advanced undergraduate interdisciplinary textbook on logic, I presented and discussed alternatives to classical logic that are valuable in automated reasoning systems faced with inconsistent information. Overall, I have published widely on the history and philosophy of science, of technology, and of engineering methodologies."

Professor Gallegos earned his B.A. in Philosophy at Wichita State University in 1995. He received his M.A. (1998) and Ph.D. (2002) in Philosophy at Purdue University. He has delivered papers at the Hume Society, the Merleau-Ponty Circle, and the World Congress of Philosophy, the last of which was included in the online published proceedings. Outside of the academic arena, he has delivered "Ethical Issues for Bankers" seminars in Austin, Texas and conducted presentations at the Wesley Medical Center's Ethics Committee where he is also community member. Currently, he also teaches organizational behavior, leadership, and corporate governance at another university full time. 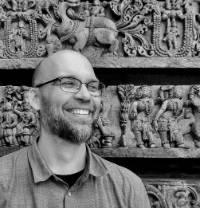 My main teaching and research interests focus on understanding what it takes to live well and ethically, together, within complex modern societies. More narrowly, I work primarily within environmental ethics, disability ethics, and the ethics of cities. I have taught courses on normative ethics, meta-ethics, economic markets, philosophy of law, and personal identity. I enjoy living all over the world. I grew up in Kansas, but have spent significant time in South Africa (in high-school), in Senegal (as a Peace Corps Volunteer), in Tucson (for graduate school), in Flagstaff (as a university instructor), and in India (as a university instructor). I currently divide my time between family, teaching, and a textbook project on engineering ethics.

MA in Philosophy, University of Kansas

I have a BA in Philosophy and a BA in English Literature from Wichita State. I also have an MA in Philosophy from the University of Kansas. I teach Business Ethics online and am interested in applied ethics and philosophy of language. 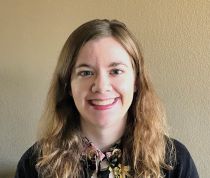 Research: Dr. Sager’s research centers currently around the Existential Problem of Evil, or the fact that suffering can render a person’s life meaningless.  Specifically, this research includes:

Areas of Interest: Philosophy of Social Science, Metaethics, and Comparative Philosophy, with current emphasis on the comparison of Asian and Western thought and culture.

Professor Feleppa has been at WSU since 1980. In 2001 he received the college's John R. Barrier Distinguished Teaching Award; in 2004 he was promoted to full Professor. Dr. Feleppa is working on a series of papers in Philosophy of Social Science. Click here for Dr. Feleppa's cv.

B.A., 1972, Trinity College (Hartford, CT); M.A., 1974, Ph.D., 1978, Vanderbilt University. Professor Mandt's special area of interest is philosophy of culture, a focus which has grown out of his original interests in German Idealism and the history of philosophy. Jay Mandt has recently returned to the department full-time after 14 years as WSU's Honors director. He's the author of numerous articles on topics in German philosophy and philosophy of culture and more recently has written about Honors education. He's a fan of science fiction, and taught an Honors seminar on it several times in recent years. He's also interested in military history, and developed an Honors seminar on that too. He's an avid gardener, and active in his condo community, where he's now supervising the building of a new community clubhouse and learning all sorts of things about architecture, plumbing systems, and swimming pool design. 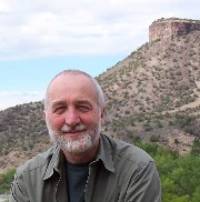 Areas of Interest: History of Philosophy, with emphasis in Epistemology

Professor David Soles received a BA in Philosophy from the University of Pittsburgh and a Ph.D. in Philosophy from the Johns Hopkins University. His primary areas of research and teaching are in the History of Philosophy, especially Modern European and Classical Chinese Philosophy. He has published numerous articles in the areas of Early Modern Philosophy and Classical Chinese Philosophy, and is currently working on a book project on Locke. He has received the Mortar Board Educator Appreciation Award, the George A. Lewis Teaching Award, the John R. Barrier Distinguished Teaching Award, The Wichita State University Leadership in the Advancement of Teaching Award, the Wichita State University Excellence in Teaching Award, and The Presidents Distinguished Service Award. He also has been selected as an Emory Lindquist Honors Society Mentor several times. Dr. Soles served as President of the SOUTHWESTERN PHILOSOPHICAL SOCIETY from 2003-05. When not studying or teaching philosophy he enjoys gardening, hiking, fly fishing in the Rockies and riding his horse named Jilly. Click here for Dr. Soles's cv. 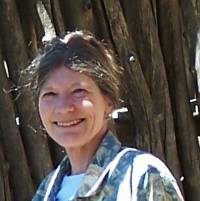 Professor Deborah Soles routinely teaches Introductory Logic, and is responsible for Philosophy of Language, Philosophy of Logic, Theory of Knowledge, Analytic Philosophy, and offers special courses such as seminars on Davidson and Wittgenstein. Professor Soles received her B.A. from George Washington University and her Ph.D. from the Johns Hopkins University. She has been teaching continuously at WSU since 1975. Her major research area is the philosophy of language and adjacent topics in epistemology and logic, and she has published work on both historical and contemporary treatments of these topics. Currently she working on a book on Donald Davidson's epistemology. [click here for Dr. Soles's cv.] Since coming to WSU she has taught some dozen and a half different courses. She has served several times as an Emory Lindquist Honors program mentor, as a McNair program mentor, in 1999 was awarded the college's John R. Barrier Distinguished Teaching Award, and in 2008 was awarded the University Excellence in Teaching Award. In 1998 she received the President's Award for Distinguished Service to WSU. Dr. Soles is a Past President of the Southwestern Philosophical Society, and served as President of the Faculty Senate in 2009-2010.