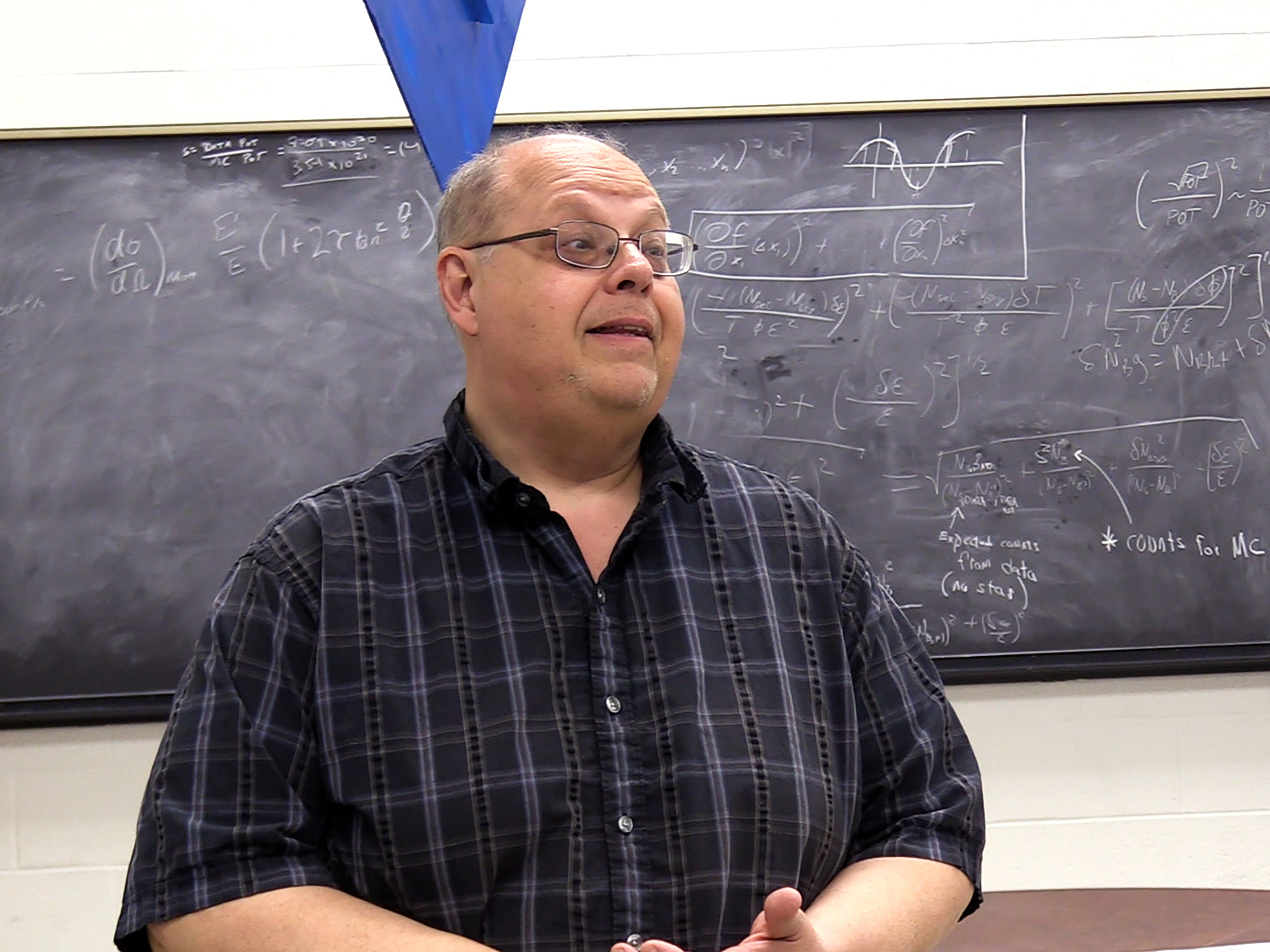 Wichita State University’s Dr. Nick Solomey, professor of physics, has been awarded a $2 million grant from NASA for his work on developing a neutrino detector to work in space and close to the sun.

Solomey’s grant was one of five grants NASA announced earlier this month from the NASA Innovative Advanced Concepts (NIAC) program.

According to a NASA Press release, “neutrinos are one of the most abundant particles in the universe but are challenging to study since they rarely interact with matter. Therefore, large and sensitive Earth-based detectors are best suited to detect them.”

This week wrapped up the judging of the Business Model Video round.  Teams were judged on their ability to succinctly encapsulate their business concept through a market analysis, a clear value proposition, and a sustainable competitive advantage.

Read more about the SNVC teams

The result is the movement of 15 teams into the Trade Show round of the competition. Selection was based upon market viability, the likelihood to launch.

The 15 teams advancing to the Trade Show are:

The Trade Show will take place virtually 3-6 p.m. Friday, April 23, where these teams will set up virtual booths and pitch their business concepts to over 100 business leaders.

At the close of the Trade Show, the six teams with the most “investments” by the judges will be announced. These teams will advance to the final round which takes place on April 30. The Final Round will take place from 1-5 p.m. virtually.

The public is welcome and encouraged to attend and witness this next generation of entrepreneurs and innovators. Wichita State University Opera Theater, under the direction of Opera Director Alan Held, will present two one-act operas by Gian Carlo Menotti at 7:30 p.m. April 23-24 at Miller Auditorium inside of the Duerksen Fine Arts Center. The performances of "The Old Maid and the Thief" and "Amelia Goes to the Ball," with the Wichita State University Orchestra, will be conducted by Dr. Mark Laycock. The comedies are favorites of audiences and will be presented in English.

The performances are free, but tickets need to be reserved. Each performance is limited to 250 audience members.

If you have an item of importance for this newsletter you are welcome to submit it for consideration.

How to submit an item
©