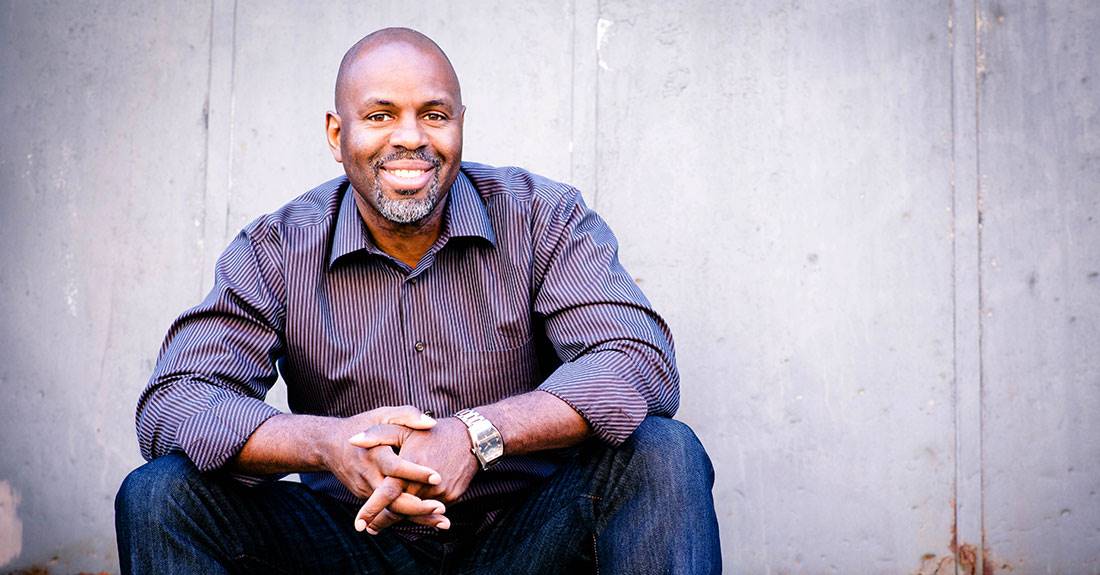 Come hear Keynote Speaker, Byron Hurt, award-winning documentary filmmaker, a published writer, and an anti-sexist activists speak to empower the campus community to engage in prevention initiatives to end rape and domestic violence, discussing how Shocker Nation can empower each other to be proactive.  This event is open to the public, no registration or ticket required.

Wichita State University is excited to host the 3rd annual Title IX Empowerment Summit. This year, the summit will have Byron Hurt who's most recent documentary, Hip-Hop: Beyond Beats and Rhymes premiered at the 2006 Sundance Film Festival. It was later broadcast nationally on the Emmy award-winning PBS series Independent Lens, drawing an audience of more than 1.3 million viewers. To date, Hip-Hop: Beyond Beats and Rhymes (BBR) has been selected to appear in more than 50 film festivals worldwide and The Chicago Tribune named it "one of the best documentary films in 2007." In addition to Beyond Beats and Rhymes, Hurt has also written, directed, and produced Soul Food Junkies as well as Barack and Curtis. Soul Food Junkies is all about the journey into the culture of Southern soul food while studying the potential problems that come along with this type of food. Barack and Curtis is a short documentary film examining the difference between the “manhood” of then Presidential Candidate Barack Obama, and Rapper/Mogul Curtis Jackson, aka 50 Cent.

In addition to being a filmmaker, Hurt is a nationally respected activist. Since 1993, he has been using his craft, his voice, and his writings to broaden and deepen how people think about race and gender. His first film, I AM A MAN: Black Masculinity in America, is a 60-minute award-winning documentary that captures the thoughts and feelings of African-American men and women from over fifteen cities across the country. Hurt challenges audiences to interrogate the damaging effects of patriarchy, racism, and sexism in American culture.

Because of his work, Hurt has lectured at hundreds of campuses, presented at numerous professional conferences, and trained thousands of young men and women on issues related to gender, race, sex, violence, music, and visual media.

As a writer, Byron has essays or interviews published in Michael Eric Dyson's Know What I Mean: Reflections on Hip-Hop with Intro by Jay-Z, Outro by Nas; in Men Speak Out: Views on Gender, Sex, and Power, edited by Shira Tarrant; Sport in Society: Equal Opportunity or Business as Usual? by Richard Lapchick; Be a Father to Your Child: Real Talk from Black Men on Family, Love, and Fatherhood, edited by April R. Silver; and The Black Male Handbook, edited by Kevin Powell.

Hurt has been featured in numerous media outlets, including The New York Times, The Washington Post, Newsday, The Atlanta Journal-Constitution, The Boston Globe, The LA Times, The Chicago Tribune, The Philadelphia Inquirer; O, The Oprah Magazine; The Source Magazine, Vibe Magazine, Ms. Magazine, Mother Jones, Entertainment Weekly, Variety Magazine, allhiphop.com, and vibe.com. Comments and reviews of his film can be found all over the Internet and blogosphere. He has also appeared or been heard on CNN, Access Hollywood, MTV, BET, ABC News World Tonight, The Montel Williams Show, The Michael Baisden Show, and The Michael Eric Dyson Show.