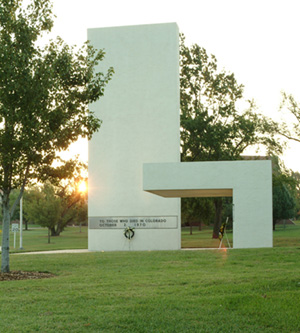 In one of the worst tragedies of college sports history, the WSU "Gold" plane, a Martin 404 carrying 34 passengers and a crew of four, crashed at approximately 3 p.m. on a mountain near Silver Plume, Colorado while enroute to Logan, Utah for a game with Utah State University.

Get directions to Memorial '70

For family, friends and survivors, the events of Oct. 2 remain forever vivid in memory. But the plane crash didn't just impact those close to the team. Read their remembrances and reflections.