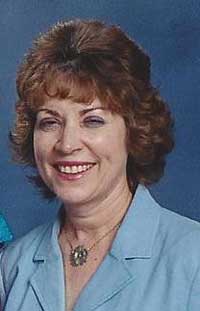 Mary Sherman holds B.A. and M.A. degrees from Wichita State, where she has been on the composition faculty since 1990. From 1990 to 2010, she was ESL coordinator for the English Department; from 1999 to 2010, she also directed the department’s developmental English program. From 2010 to 2019, Mary served as the Assistant Director of the Writing Program. Since 2010, Mary has been coordinator of English 102 classes. She has taught all of the courses in the composition curriculum with the exception of business and technical writing. She has also taught numerous literature courses, including Exploring Literature, Themes in American Literature, Nature of Drama, American Multicultural Literature, Modern American Writers, and Studies in Popular Literature. Mary’s teaching background also includes film classes such as Narrative in Literature and Film, courses in the history of film comedy, and the special topics course “Hollywood Looks at Hollywood.” In addition to her teaching duties, Mary was for many years a part-time academic advisor for the College of Liberal Arts and Sciences. In private life, she is the proud parent of five mischievous cats who enjoy running her life. They intend to help her finish writing her first screenplay someday soon.