Professor Ballout is a historian of the 20th century U.S. and foreign relations with expertise in immigration history, the role of religion in foreign relations, and the Modern Middle East. She is currently developing her book manuscript, Saving Lebanon: Diaspora, Religion, and Advocacy for Intervention in the Lebanese Civil War, 1975-1990. Her courses explore 20th century U.S. history within a global context and often include digital humanities tools and projects.

Professor Dehner is a world environmental historian who examines the intersection of humans and disease in the modern era. His first book Influenza: A Century of Science and Public Health was published in April 2012 by the University of Pittsburgh Press. His second book Global Flu and You: A History of Influenza was published in December 2012 by Reaktion Press. His article “WHO Knows Best? National and International Responses to Pandemic Threats and the ‘Lessons’ of 1976” published in the Journal of the History of Medicine and Allied Sciences received the 2011 Margaret T. Lane/Virginia F. Saunders Memorial Research Award by the American Library Association Government Documents Roundtable. He is currently beginning a research project on Legionnaires’ Disease. Check out his “Influenza pandemics since Russian Flu: Do they provide insight to COVID-19?” as part of a Fairmont College of Liberal Arts and Sciences series, Perspective on the Pandemic.

Professor Dreifort is a specialist in Modern European Diplomacy and the history of Baseball. He is the author of Yvon Delbos at the Quai d'Orsay: French Foreign Policy During the Popular Front, 1936-1938, Myopic Grandeur: The Ambivalence of French Foreign Policy toward the Far East, 1919-1945, and Baseball History From Outside the Lines. His articles have appeared in such journals as The Journal for Contemporary History, The Historian, Journal of Southeast Asian Studies, and Research Studies. He is currently working on a book manuscript on the wartime relationship between Generals Eisenhower and de Gaulle.

A modern Europeanist with a speciality in Germany, his current research is Culture from the Slums: Punk Rock, Authenticity, and Alternative Culture in East and West Germany. He teaches courses in World Civilizations and upper division European History. Check out his recent talk: The Big Lie: Nazi propaganda, Antisemitism, and the Coming of the Third Reich in the Fairmount College Presents in its Perspecties: Reestablishing Reality Series.

Professor Henry specializes in interactions among sexuality, law and the American West. She has recently completed her book, Criminalizing Sex, Defining Sexuality: Sexual Regulation and Masculinity in the American West, 1850-1927. In addition to teaching courses on constitutional history and women and gender history, she has introduced and continues to teach a graduate course on Gender and Sexuality in U.S. History. Dr. Henry also served on the Committee on the Status of Women for the Organization of American History from 2009-2011. She is also a guest speaker for KMUW's Past and Present Series

Dr. Owens specializes in Colonial, Revolutionary, and Early American History, particularly Indian Affairs. He has published articles in The Journal of the Early Republic, The Indiana Magazine of History, Ohio Valley History, The Journal of Illinois History, and The American Indian Quarterly. His first book, Mr. Jefferson's Hammer: William Henry Harrison and the Origins of American Indian Policy, was published by University of Oklahoma Press in 2007. His second book, Red Dreams, White Nightmares: Pan-Indian Alliances in the Anglo-American Mind, 1763-1815, was published in 2015, also with University of Oklahoma Press. 'Indian Wars' and the Struggle for Eastern North America, 1763-1842, a reader with primary source documents, was published by Routledge Press in 2020. His current research project explores intercultural murder, crime, and conflict resolution in early America. His latest article, "The Death of Captain Big Tree: Suicide and the Perils of US-Iroquois Diplomacy in the Early 1790s," appears in The Pennsylvania Magazine of History and Biography, vol. CXLV no. 2 (April 2021), pp. 95-118. Dr. Owens will be on sabbatical from January-July 2022, and will serve as interim graduate coordinator for the History Department for Fall 2022-Spring 2023.

Keith Pickus is a professor of modern European and contemporary history at Wichita State University, where he has been on faculty since 1995.   He has written and lectured about Jewish identity, the processes of acculturation and the Holocaust.  His current teaching interests focus on contemporary history and genocide. His publications include Constructing Modern Identities: Jewish University Students in Germany, 1815-1914 (Wayne State University Press, 1999); Our Only Hope: Eddie’s Holocaust Story and the Weisz Family Correspondence (University Press of America, 2008) and he was a contributing author to the Holocaust Chronicle.  Keith’s current writing project reflects on the art of teaching, specifically the similarities between managing professional employees and mentoring students.

Now serving as department chair, Jay M. Price directs the Local and Community History Program at Wichita State University. With a focus on local and community history, especially as expressed in the built environment, his works include Temples for a Modern God: Religious Architecture in Postwar America; Gateways to the Southwest: The Story of Arizona State Parks; Wichita: 1860-1930, and El Dorado!: Legacy of an Oil Boom.  He has co-authored Wichita's Legacy of Flight; The Cherokee Strip Land Rush; Wichita’s Lebanese Heritage; Kansas: In the Heart of Tornado Alley;  Wichita: 1930-2000; African Americans of Wichita, and Mexican Americans of Wichita's North End.  His recent projects include explorations of entrepreneurship in Wichita; a graphic novel that tells the story of the community through the eyes of a longhorn named Luke; and the "Somos de Wichita" study of the local Latino community. He recently worked with a team to create the “Walk With Wu” graphic novel as well as a team to develop an accessible exhibit for the Pizza Hut Museum. He currently serves on the Kansas Historic Sites Board of Review and the editorial board for Kansas History.

Craig Torbenson teaches Human and World Geography as well as several regional geography courses and Family History. He recently contributed two chapters in his co-edited Brothers and Sisters: Diversity Within College Fraternities and Sororities that was published in spring 2009. His other workse include A Common Heritage: The Descendants of Ole Torbjornsen Leine and Anna Johannesdatter Bergen. He volunteered at the LDS Family History Library and helping individuals do their own family history research. He was a co-author in the book, Kansas: In the Heart of Tornado Alley. Dr. Torbenson serves as undergraduate advisor. 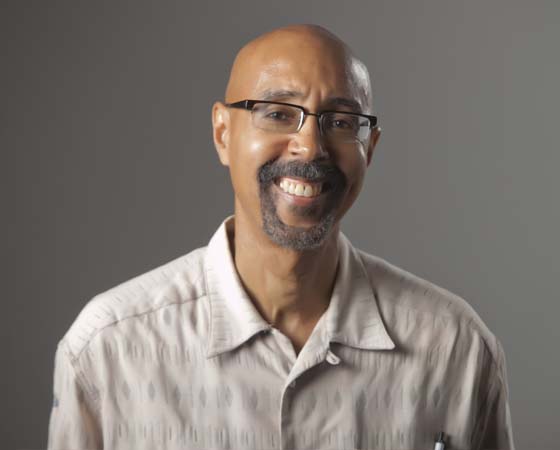 Robert E. Weems, Jr. has been the Willard W. Garvey Distinguished Professor of Business History at Wichita State University since Fall 2011. Before coming to WSU, he taught at the University of Missouri-Columbia and the University of Iowa. Besides his recently published The Merchant Prince of Black Chicago: Anthony Overton and the Building of a Financial Empire, Weems has authored three other books in the realm of African American business history (Black Business in the Black Metropolis: The Chicago Metropolitan Assurance Company 1925-1985; Desegregating the Dollar: African American Consumerism in the Twentieth Century; Business in Black and White: American Presidents and Black Entrepreneurs in the Twentieth Century), as well as nearly four dozen journal articles, book chapters, and encyclopedia entries.  He is also the co-editor of Building the Black Metropolis: African American Entrepreneurship in Chicago and The African American Experience: A Historiographical and Bibliographical Guide. In addition, Professor Weems served as a historical advisor and appeared in the documentary Boss: The Black Experience in Business which premiered on PBS in April, 2019.  For more information about his work documenting African American business in Wichita, see this article . He is also a guest speaker for KMUW's Past and Present Series. Check out this recent talk that Dr. Weems gave at the Federal Reserve about racism and entrepreneurship.

Alberto Wilson III joins the faculty of History as a Visiting Assistant Professor in Latinx History with a focus on binational urban growth along the U.S.-Mexico border, and transnational Latinx life. He is currently working on a manuscript that offers the first binational metropolitan history of El Paso, Texas and Cd. Juárez, Chihuahua during the post-World War II period that uses archives from both Mexico and the United States. A steadfast advocate of the liberal arts, Dr. Wilson will bring these research interests into his courses that deal with 20th C. U.S., History of Mexico, and Latinx life. Being a first-generation professor, Dr. Wilson will also involve himself in the Adelante Scholars Program in order to first-generation, low-income, and students of color successfully navigate the University setting. 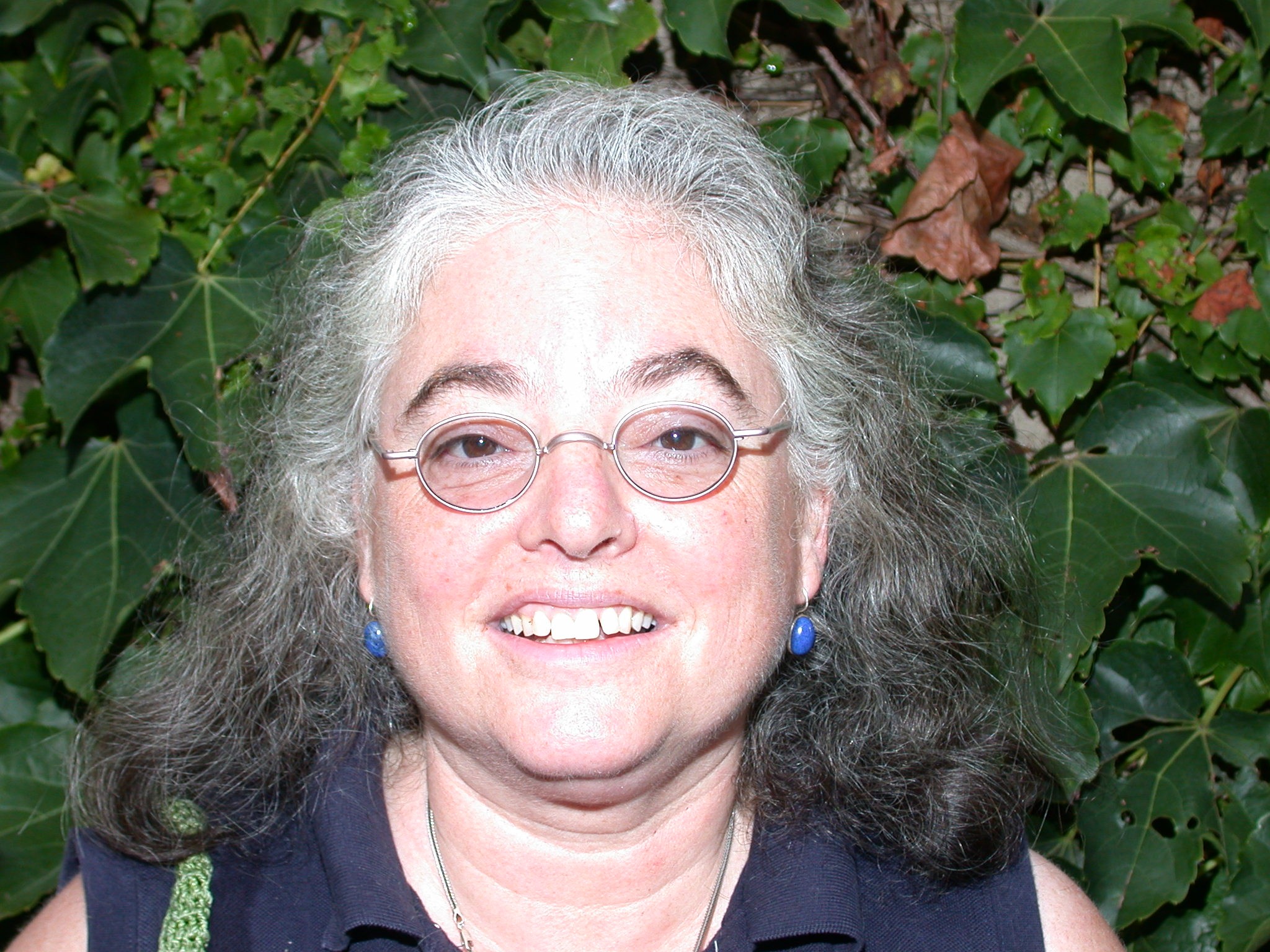