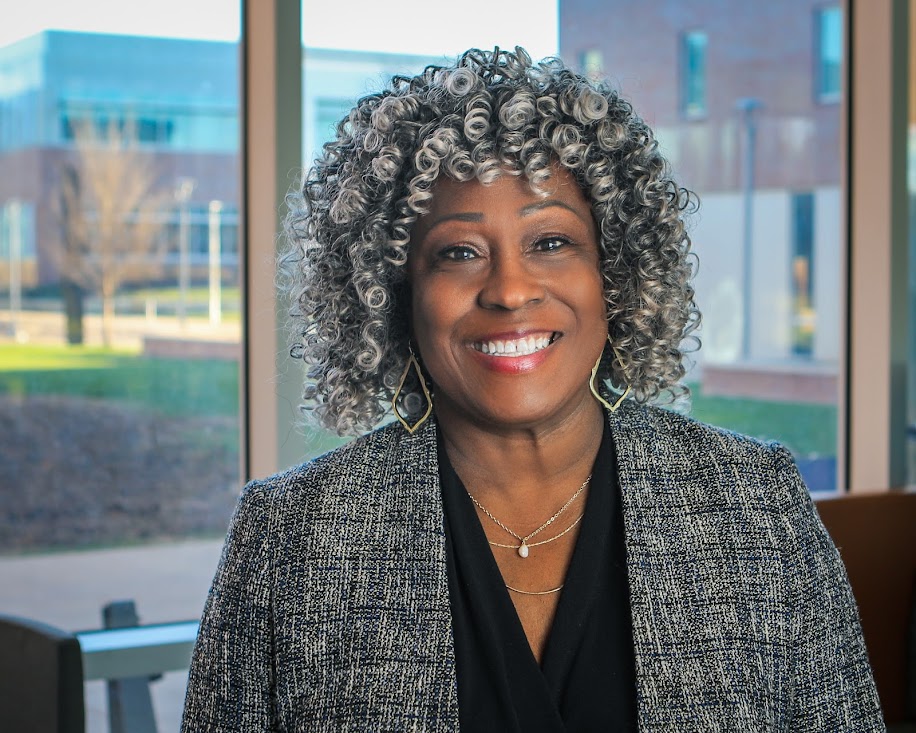 Junetta Everett, a 79’ Wichita State University (WSU) grad and its first African American Registered Dental Hygienist graduate, joined Delta Dental of Kansas (DDKS) in 1987 serving as the Vice President of Professional Relations for 27 years. Recently retired after 33 years, Everett was responsible for the statewide and national relationships, recruitment, credentialing and overall support of the dental network. She is incredibly involved in the community and serves on several boards including the Kansas Health Foundation, Wesley Hospital, Equity Bank and WSU Foundation and National Advisory Council. In 2020 she served as the first person of color and 6th female to Chair the Wichita Regional Chamber of Commerce Board of Directors. 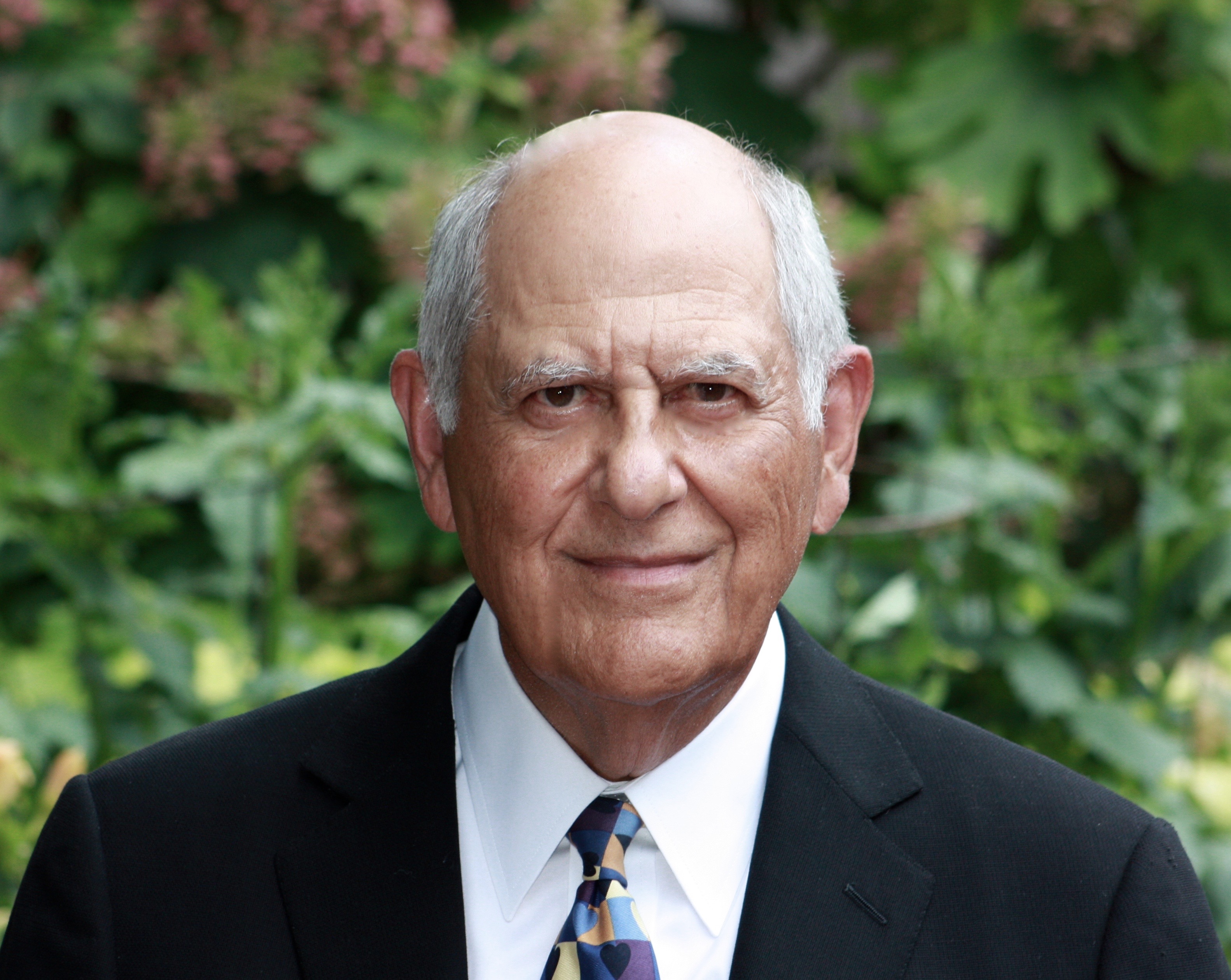 Keith currently works as the Executive Vice President for Southwest National Bank, and is also on the bank's board of directors.  Stevens received a Master of Business Administration from  the Stanford University Graduate School of Business, and a Bachelor of Science in Civil Engineering from Oklahoma University. 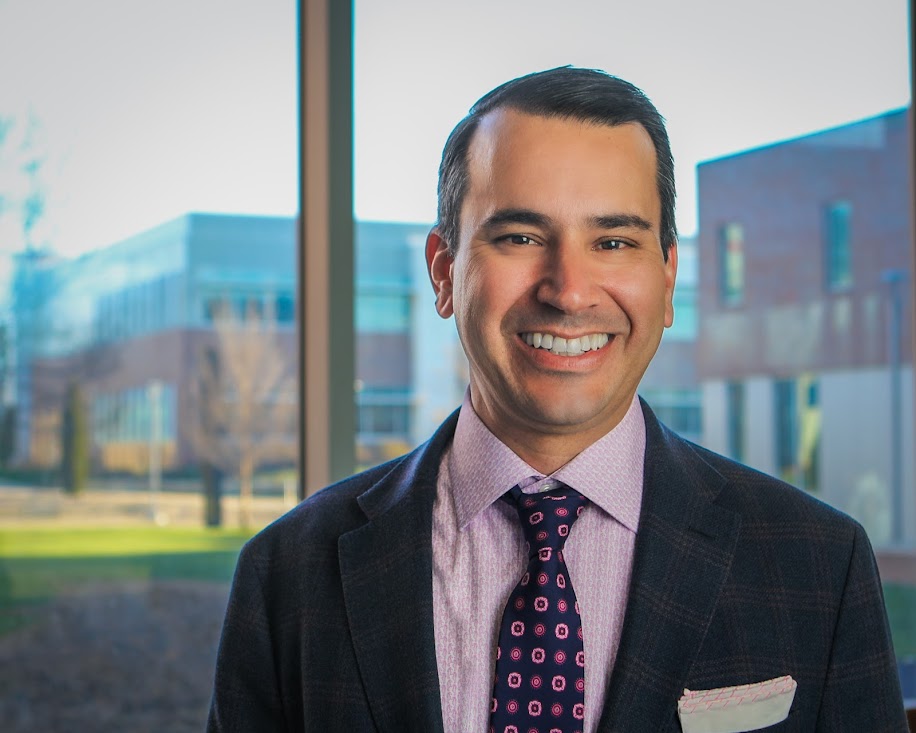 Pierre is the Associate Vice President of Research Operations and NIAR Director of Research and Development at Wichita State University.  He was previously the Director of Research and Development for Spirit AeroSystems at the company's headquarters in Wichita, Kansas.  A Wichita State alumnus, Pierre received his bachelor's and master's degree in in Aerospace Engineering (‘98/'00) and worked at the National Institute for Aviation Research on campus.  Prior to Spirit, he was an Engineering Director at Bombardier Learjet.  Prior to that, he worked in Denver Colorado as a consultant in the aerospace industry and held a variety of positions at Adam Aircraft Industries.   Pierre also serves on the Industry Advisory Boards for the WSU College of Engineering and the Aerospace Engineering Department. 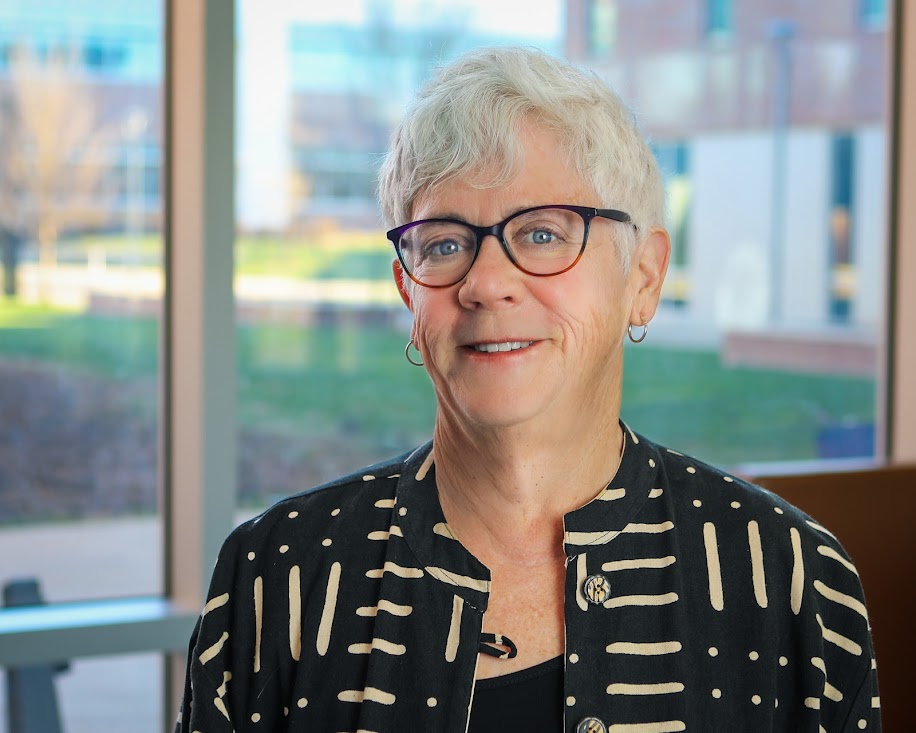 Nancy is currently retired with her final six years as the Director of the Hugo Wall School of Public Affairs at Wichita State University.  Previously, she worked as the associate Vice President for Academic Affairs and Research, and director of Higher Learning Commission Reaccrediation at Wichita State.  Snyder received a bachelor's degree in mathematics from Clarke College, a master of science and a doctorate degree in economics, both from Southern Illinois University. 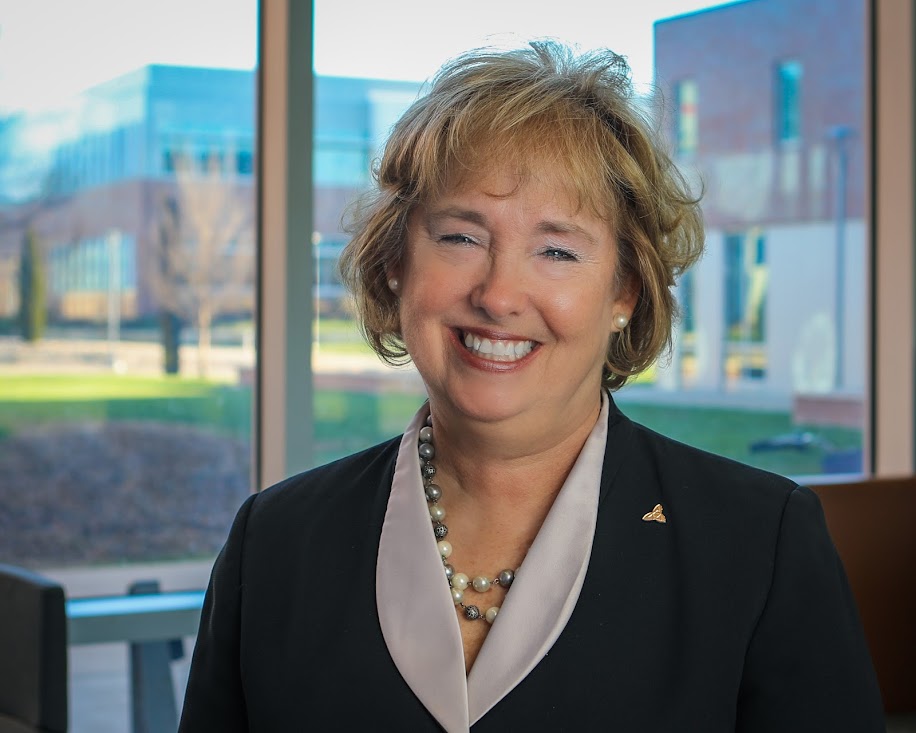 Laurie is the administrator for hospital operations for Via Christi Health, the largest healthcare provider in Kansas and the second-largest private employer in Wichita. She earned her bachelors degree in Occupational Therapy from the University of Kansas in 1985 and her master's degree in Healthcare Leadership from Friends University in 2011. She is serving at what now is Via Christi Hospital St. Joseph. Since 1995, she has served in a variety of senior hospital executive roles. Laurie serves on the boards of directors for CiBOR, GraceMed, Heartspring and the Wichita Center for Graduate Education. She also serves on the Wichita State University College of Health Care Professionals Dean's Advisory Board and has previously served as a WSU Student Athletic Scholarship Organization board member. 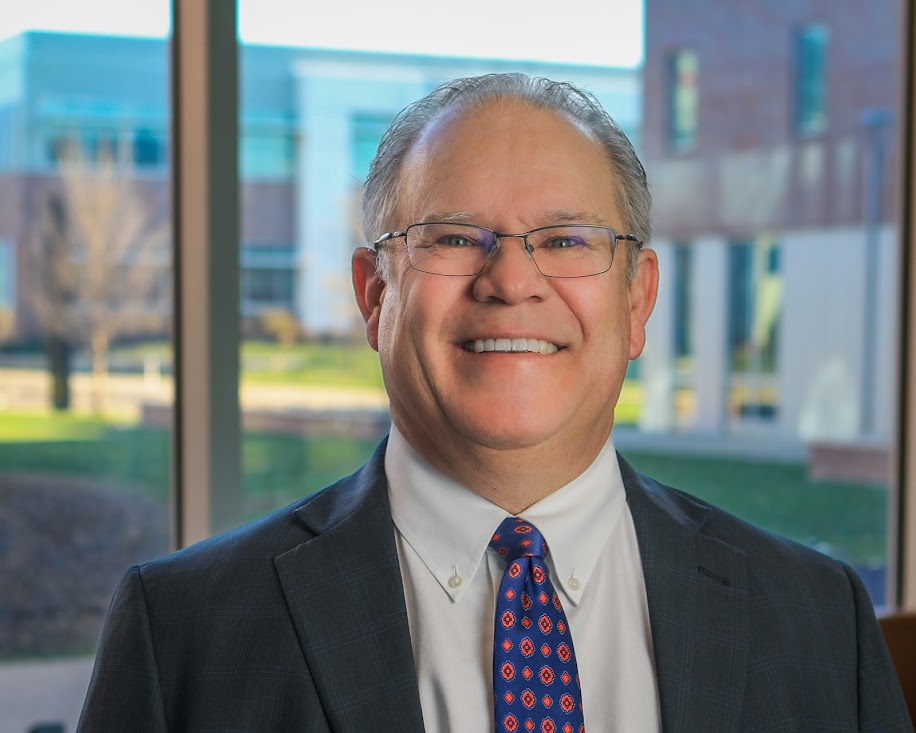 Kevin McWhorter is a Senior Vice-President at Robert. W. Baird & Co. where he has assisted investors to reach their financial goals for the past 44 years including assisting Kansas Municipalities with the issuance of their local municipal bond issues. Kevin is actively engaged in community service. He has served on the Goddard, Kansas USD #265, Board of Education since 2005 including four terms as Board President. He serves on the Goddard Education Foundation Board. He is in his third year as President of the Wichita Library Board and has served on the Library Board for the past eight years. He also serves as Vice-President of the Wichita Public Library Foundation Board. He chairs the Sedgwick County District #3 Advisory Board for Commissioner David Dennis and is the current Secretary of the Breezy Lake Homeowners Association Board in Wichita. 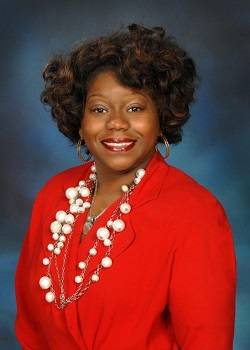 Tracee Adams serves as, founder and chief strategist at Hawthorn Capital LLC, an investment and wealth management firm located in Wichita. Ms. Adams has a decade + years of experience in the financial services industry. Including as a financial advisor for 4 + years at Morgan Stanley Wealth Management. She also worked at New York Life Insurance Co. for 2 years as a producer, while simultaneously working as a financial advisor for NYLIFE Securities – a subsidiary of this organization. Ms. Adams is actively involved in her community. She currently serves on several nonprofit trustee and governance boards, and public boards of trustees, including Chair of the board for the Urban League of Kansas, Junior League of Wichita, Junior Achievement and a  public fiduciary of the Wichita Police & Fire Pension Fund and Joint Investment Committee, and A Director of the Wichita Regional Chamber of Commerce. 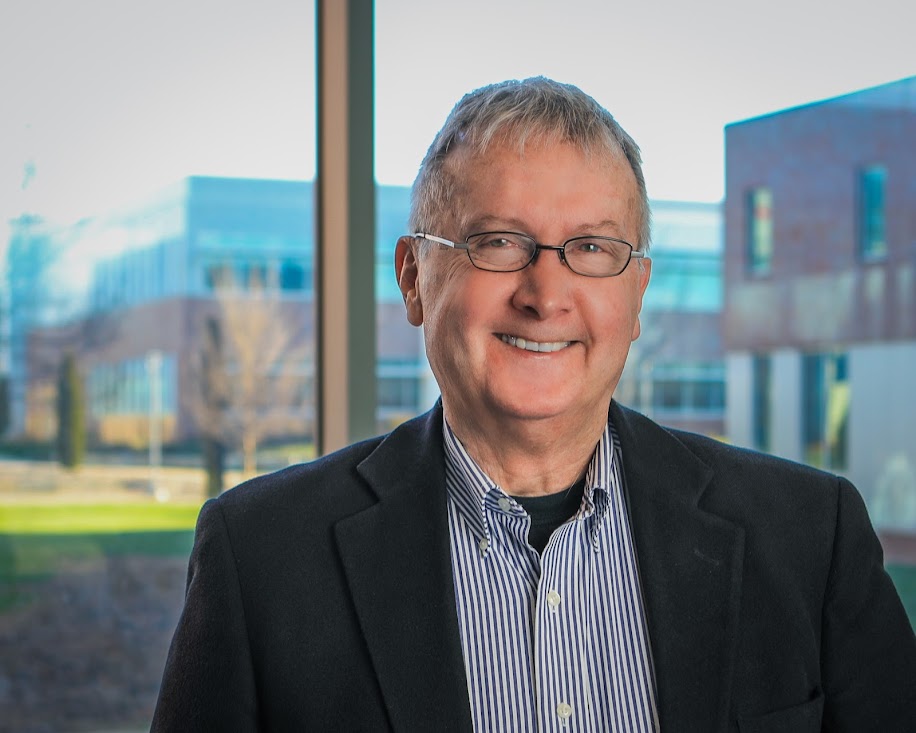 Growing up as a feral child in a small Kansas town, Rouser gravitated to the public library and a taste for books, later to become an addiction, was born. His mother, aunts and uncles were all one-room school house teachers.

He received such a fine education at Wichita’s North High school that he was able to drift through WSU, where he encountered superb minds and became a fan of such intellectual activity.  It took him seven years to graduate, punctuated by working as a reporter at the Eagle/Beacon, a police officer and in a statewide political campaign. He managed a blisterpop band of WSU students and believes that the faculty recitals at WSU present some of the best chamber music in the state.  He has been a volunteer at the Ulrich museum. 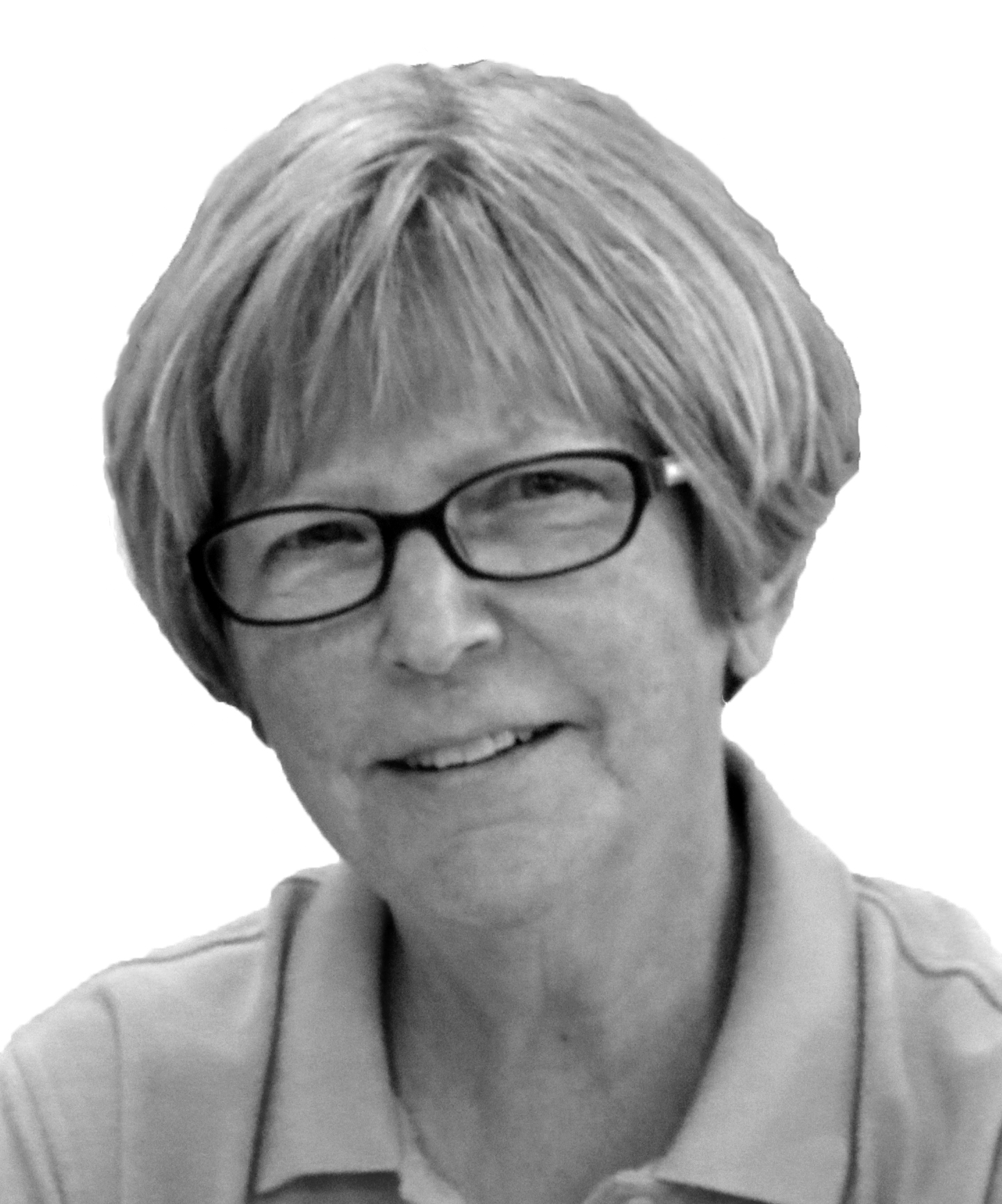 Connie is a native of Wichita.  She graduated from Wichita East High School and received her BA and MA in Education from Wichita State University.  Connie has been active in the community in various roles.  She is a past president of the League of Women Voters – Wichita Chapter, served for fourteen (14) years on the Wichita Board of Education.  She is a graduate of Leadership Wichita and Leadership Kansas.  Connie was employed at WSU for 22 years as Director of Cooperative Education & Internships and Executive Director of the Career Development Center.  While employed at WSU Connie was recognized as a 2013 Women in Business by the Business Journal and received the 2014 Alumni Recognition Award from the WSU Alumni Association.  She currently serves as a member of KPTS Board of Directors. She volunteers with the Assistance League of Wichita and is a member of their Board of Directors. Connie attends Pine Valley Christian Church.  Connie retired from WSU on July 31, 2017.