Mexicans have been coming to Wichita starting in the 1870s, when they came as Vaqueros on the cattle drives. They numbers remained small, however, for much of the 1800s. The first substantial Mexican community in Wichita came about as a result of work on the railroads, most notably the Atchison, Topeka & Santa Fe. Photo courtesy of the Wichita and Sedgwick County Historical Museum

By 1912 there was an established Mexican community near the Santa Fe roundhouse in the south part of the city. This community was mostly shacks and boxcars. Discrimination also started at this time, local labor unions petitioned the city to exclude Mexicans and other foreigners from city employment and to encourage other employers to do the same. The South End community grew up around the second, third, and fourth blocks on South St. Francis Avenue. In 1914 the Wichita Beacon reported that the Mexican village on the Santa Fe near Kellogg Street must be moved farther south to make way for the new railroad yards. Over time businesses began to be built on these streets, and the community moved to the eighth and ninth blocks of south Mead. Due to the continued uncertainty of this area, most houses were makeshift shacks that never were improved. Many families remained in this area to as late as 1948. As new immigrants arrived, most of them settled in communities north of downtown. The North End was one of these communities.

One of the first meat packing plants in Wichita was Cudahy located North of 21st Street on the East side of Broadway. This plant was one of the largest employers of Mexican labor. The plant was opened in 1901 and almost immediately hired Mexican laborers. Many of these laborers worked in the plant for most of their working years.

Another meat packing plant in the area was Jacob Dold Packing Co. Due to the location of the plants, many of their laborers resided in the North End. This was the beginning of the North End Mexican community. 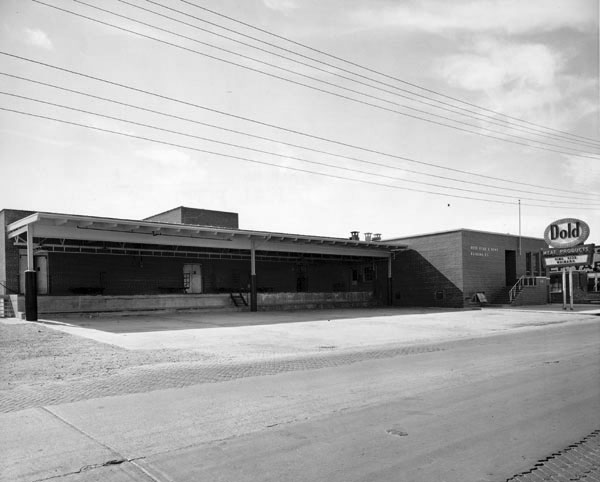 The story of Julio Mendoza and his family is one illustration of the Mexican imigrant's life in the North End that started in the beginings.