Growth of the North End

Meat packing plants provided more year round employment. Cudahy was the major meat packing plant in Wichita and employed many Mexican workers, attracting the employees to the North End community. The major period of growth in the North End from Mexican immigrants was between 1915 and 1925 as documented in the Kansas Census for these years. This growth mirrored the growth of the Mexican communities across the southwest. Mexican immigrants came at a period when immigration from Europe had been greatly restricted and yet agriculture and the railroads needed where increasing. 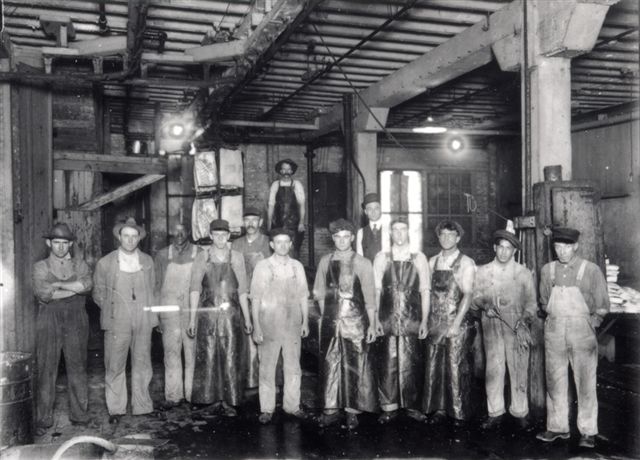 Photo courtesy of the Wichita and Sedgwick County Historical Museum

The 1915 Kansas Census listed only 135 Mexicans living in Wichita. 74 of these were adult males and all were listed as laborers. There were only 23 adult women all listed as housewives and hence there were only 23 families that had 38 children among them. By the 1925 Kansas Census the number of Mexicans living in the city had grown to 934. There where now many more families with a majority of this number now being children. These families where spread out into three nearly equal area - the South End, El Huarache, and the North End.

Need to insert a map here.

The North End community of Mexicans lived mostly between 21st Street and 25th Street within a few blocks west of Broadway. The 1930 census indicated both Mexican and other white families of various origins lived in this area. As would be expected the majority of the men living in this area, whether Mexican or not, worked in the meat packing, most listed as butchers.

Most immigrants and their children wanted to be American. They assimilated to the American culture through participation in American social activities. They went to the American movies and dressed in American styles. There were several Mexican Bands playing American music that played at festivals. (band photos - several in CBC) Although they were acting American, these activities were mostly done in a Mexican community setting. There was very little mixing in social settings.

They went to the American movies, played American sports, and dressed in American styles. There were several Mexican Bands – playing American music, and Mexican sports teams of baseball, basketball, etc. Although they were acting American, these activities were mostly done in a Mexican community as there was very little mixing in social settings.

Follwing the story as the North End became the center for the Mexican culture in Wichita.