Distinguished Lectures in Philosophy of Psychology 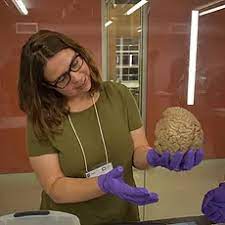 Associate Professor and Director of Graduate Studies, University of Kansas

Abstract: Memory traces are a persistent yet puzzling feature of our thinking about memory. They have been a part of theorizing about memory for as long as there has been theorizing about memory. But they’re also mysterious. The primary way of ‘making sense’ of them is via metaphors—traces are likened birds in aviaries, impressions in wax, items in a warehouse, or grooves in a record. As philosophy of memory has grown recently into an active subfield, many working in this area consider traces an unnecessary and outdated idea. Meanwhile, memory researchers in neurobiology proclaim that we are in the midst of “engram renaissance” (Josselyn, Köhler, & Frankland, 2017). Engram is a new word for an old idea, the current scientific term for the memory trace. New tools like optogenetics have produced a number of discoveries, exciting not only for what they reveal about the basic mechanisms of memory, but for the opportunities they provide to connect with broader areas of memory science. What are memory traces, and do we need them? The memory trace (or engram) remains woefully undertheorized—a neglect that persists even as the philosophy of memory expands. In this talk, I sketch a way to address this, developing a theory of the engram/trace that captures work in contemporary neurobiology and conveys its significance for our theorizing about memory more broadly. The account also serves to appropriately situate the neurobiology of memory as a central contributor in the interdisciplinary inquiry into memory, and as an area of memory science worth the attention of philosophers of memory.

11:00am: Moral Motivation and Behavior (Special discussion for students only. Email susan.sterrett@wichita.edu for details.)

"The Economic and Philosophical Significance of Cryptocurrencies" 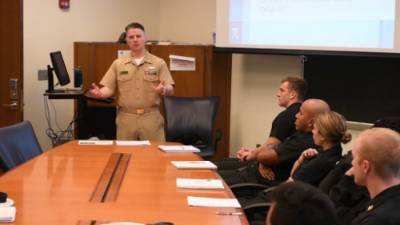 Overview: In this talk I will explain what cryptocurrencies are, such as Bitcoin and Ethereum, how they work, and examine their economic, entrepreneurial, and philosophical significance.  Philosophically, I will discuss how independently executed programs on a blockchain, also called "smart-contracts," have ushered in the return of classical Aristotelian notions about teleology, which presents economic and legal challenges as these technologies become adopted.  Ethically, cryptocurrencies give rise to both challenges and promises which will be discussed as well.  No prior knowledge of any technology will be assumed.

"Intelligence under Democary and Authoritarianism: A Philosophical Analysis"

Overview: A proper philosophical analysis of the differences between secret state intelligence activities operating within political communities of dissimilar type reveals enough heterogeneity to undermine the assumption that these are the same activities at all. Comparing intelligence endeavors under democracies and dictatorships, this talk discusses philosophical ramifications that justify this heterodox conclusion.  As different activities, they do not always share the same characteristics, processes, or purposes. Much follows from this recognition.  For example, while analytical objectivity is traditionally considered the goal of all intelligence analysis, I argue that in authoritarian systems objectivity both isn’t and should not be the goal. Using poststructuralist critical theory, particularly the work of Michel Foucault, I further show that some traditional Western evaluations of authoritarian intelligence sometimes suffer from conceptual assumptions that treat the latter as merely a degenerate form of Western activities. I also introduce the fallacy of the omniscient customer as a critique against conventional evaluative models of the intelligence cycle that assume universalist assumptions.

Professor of Philosophy and Affiliate in the Department of Science, Technology, and Society, Viginia Tech

"Fishbones, Wheels, Eyes, and Butterflies: A Heuristic Account of Models and Simulations”

"Fluid Motion for Philosophers of Mathematics"

“What To Do When You Can’t Solve Equations”

We regret that due to COVID-19 our distinguished lectures for 2020 were cancelled.

Distinguished Lecture in the History of Philosophy

Distinguished Lecture in Philosophy of Psychology

Professor of Philosophy and Philosophy-Neuroscience-Psychology, Washington University in St. Louis

“Cripping the Trip to Space: How Disabled Astronauts Will Save Space Colonization” November 14, 2019

"One Religion Please, Hold the God: Complexity, Natural 'Religion' and the Prospect of a Universal Ethic" November 13, 2019

WSU hosted the Lowell Nesbitt: Apollo 1969 art exhibit in the John Bardo Center. This installation was made possible by the Ulrich Museum of Art. https://www.facebook.com/events/2392342870881134/

Distinguished Lectures in the Philosophy of Psychology 2019

"Living with Memory: Can Individuals with Amnesia Consent?" April 18, 2019

February 9, 2019: The WSU Department of Philosophy hosted the

"On the Contractualist Case for Eating Meat" Keith Harris, University of Missouri

Distinguished Lectures in the History of Philosophy

Distinguished Lectures in Philosophy of Psychology 2017

"Dangerous Brains: The Convergence of NeuroScience, Philosophy, and Law" September 29, 2016

"Virtue and Prejudice: Giving and Taking Reasons" May 8, 2015

"Determinism and Continuity: Irregular Vibrations of the String" April 28, 2015

"Gender and Moral Virtue in Kant's Critique of Judgment: The Third Critique as a Template for Identifying Femiine Deficit' April 20, 2015

Hannah Erickson, "Philosohical Elucidations in the Application of Eudaimonia"

Stephen Grillot, "How Emotion Shows Us the Way and Reason Leads Us Astray"

"Why Should Philosophers Care about Space Exploration?" March 11, 2015

“A Framework for Causal Discovery from Experimental and non-Experimental Data” November 13, 2014

Sponsored by the WSU Departments of Philosophy; Electrical Engineering and Computer Science; and Mathematics, Statistics, and Physics

UC Boulder College Professor of Distinction, Philosophy and Women and Gender Studies Research Coordinator, University of Oslo Center for the Study of Mind in Nature Distinguished Research Professor at the University of Birmingham, UK

Sponsored by the WSU Fairmount College of Liberal Arts and Sciences, the Department of Philosophy, and the Center for Women’s Studies

Curtis D. Gridley Distinguished Lecture in the History and Philosophy of Science

"The Use of Analogy in the Works of Darwin, Einstein and Turing" October 14, 2014

"The Metacognitive Character of Kant's Formula of Universal Law of Nature: Acting "as if" and Autonoetic Mental Time Travel" Septemer 19, 2013

"The Many Gods Objection to Pascal’s Wager: A Decision Theoretic Response" April 11, 2013

"Kant’s Touchstone of Communicability and the Public Use of Reason" April 12, 2013