Our mission is to enhance and advocate artistic excellence through teaching, learning and expression. 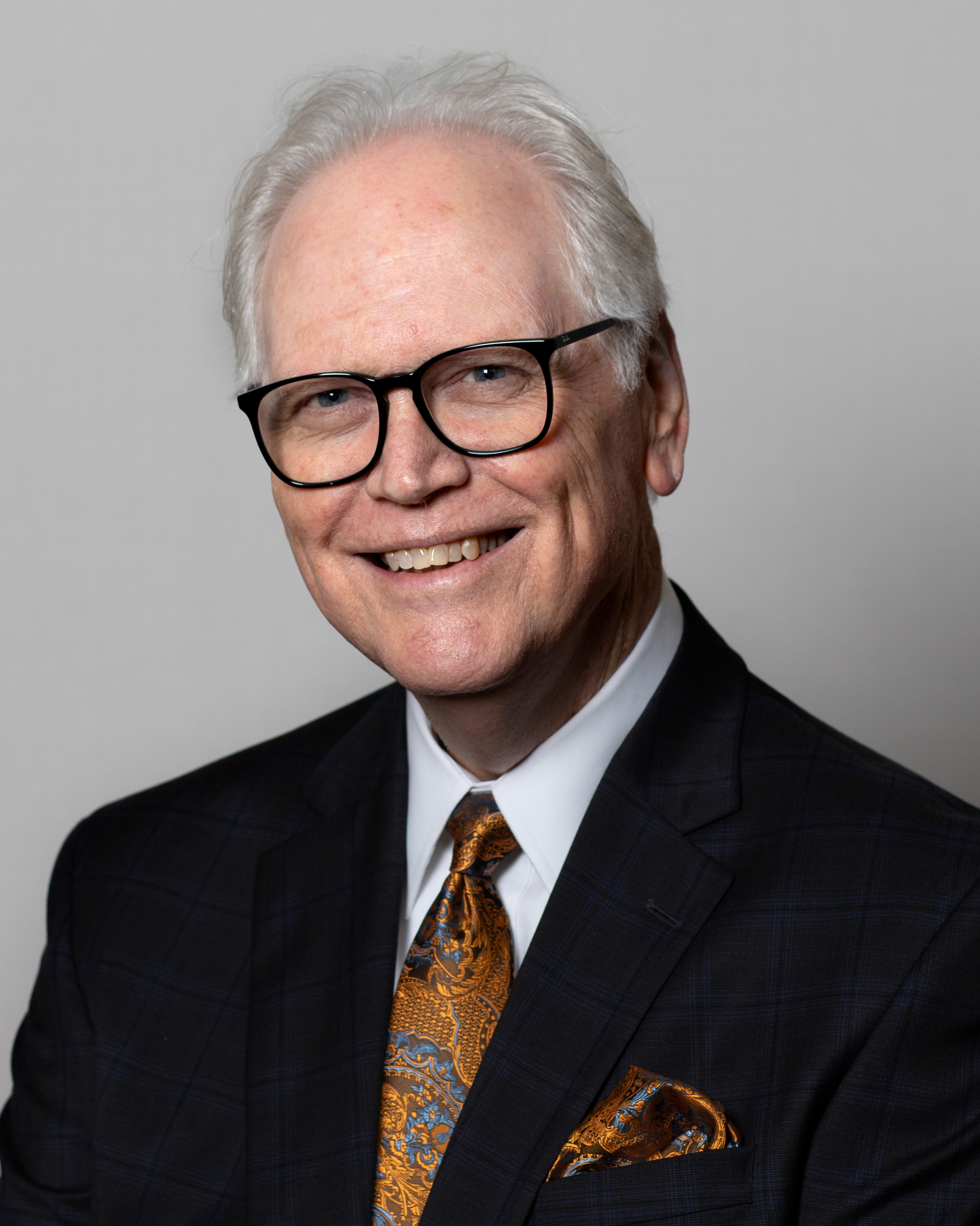 His scholarly and creative endeavors run the gamut from professional operatic performances to quantitative research analysis. He is a veteran of the professional operatic stage, and his career has taken him throughout the U.S., Europe, and Asia. He has been on national broadcasts both in the United States and in Europe, and has recorded for labels on both continents. His specific scholarly interests include 20th Century American vocal music, both popular and classical, as well as administrative and sociological theory as it applies to American Higher Education.

Miller has long been an advocate of arts education. In this capacity he was integral in the creation and served as the founding president of the Nebraska Alliance for Arts Education. In this capacity he also served as a member of the National Alliance for Arts Education through the education wing of the Kennedy Center and Americans for the Arts. He has also collaborated on studies charting the economic, cultural and quality of life impact of the non-profit arts, and he has written extensively on the importance of the arts to the health and wealth of our society.

He and his wife, Pina Mozzani, also a professional opera singer and vocal teacher, have two children following in their footsteps. Their daughter, Rachael, is a professional actress in Los Angeles, and their son, Matthew, is a lighting and designer in Chicago who has worked extensively in Europe as well as North and South America. 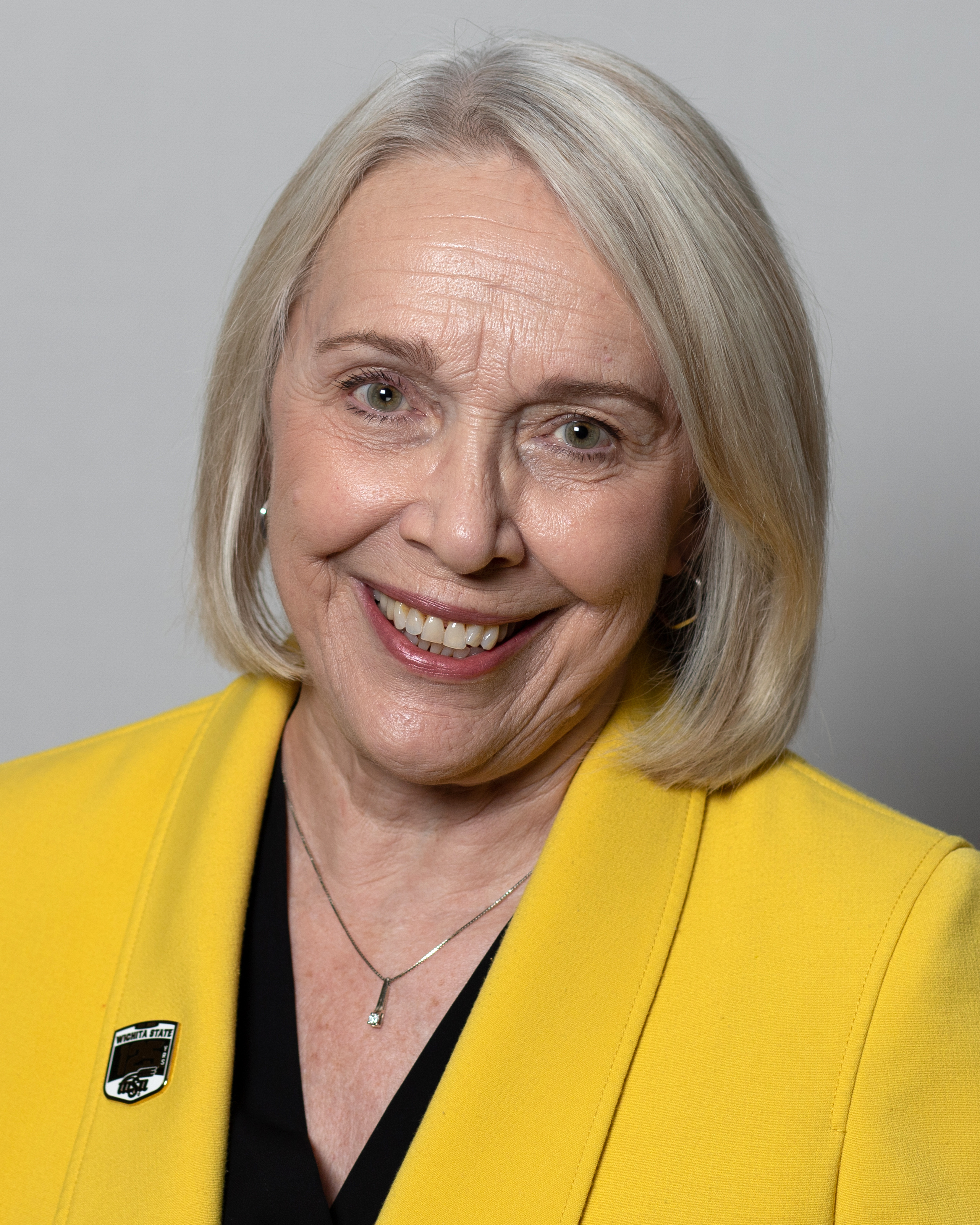 Wendy Hanes serves as Assistant Dean of Fine Arts at Wichita State University. She taught ballet in the WSU School of Performing Arts/Dance program and established the College of Fine Arts Institute preparatory program at WSU.  Prior to that, she taught at the University of Nebraska-Lincoln and Iowa State University.  Her performance career was as a soloist with the Des Moines Ballet Company, where she also taught extensively and established a Dance in Public Schools Program.  She studied dance with Mary Joyce Lind in Des Moines, Stone-Camryn School of Ballet in Chicago and University of Utah in Salt Lake City, where she received her BFA in Ballet.

In her role as Assistant Dean, Ms. Hanes oversees curriculum changes, course scheduling, faculty committees, guest artist contract requests, Fine Arts Ambassadors and Faculty Excellence Awards.  She also often represents the College at Admissions events and recruitment fairs and serves as the liaison with the College of Applied Studies on the ILTPC committee. 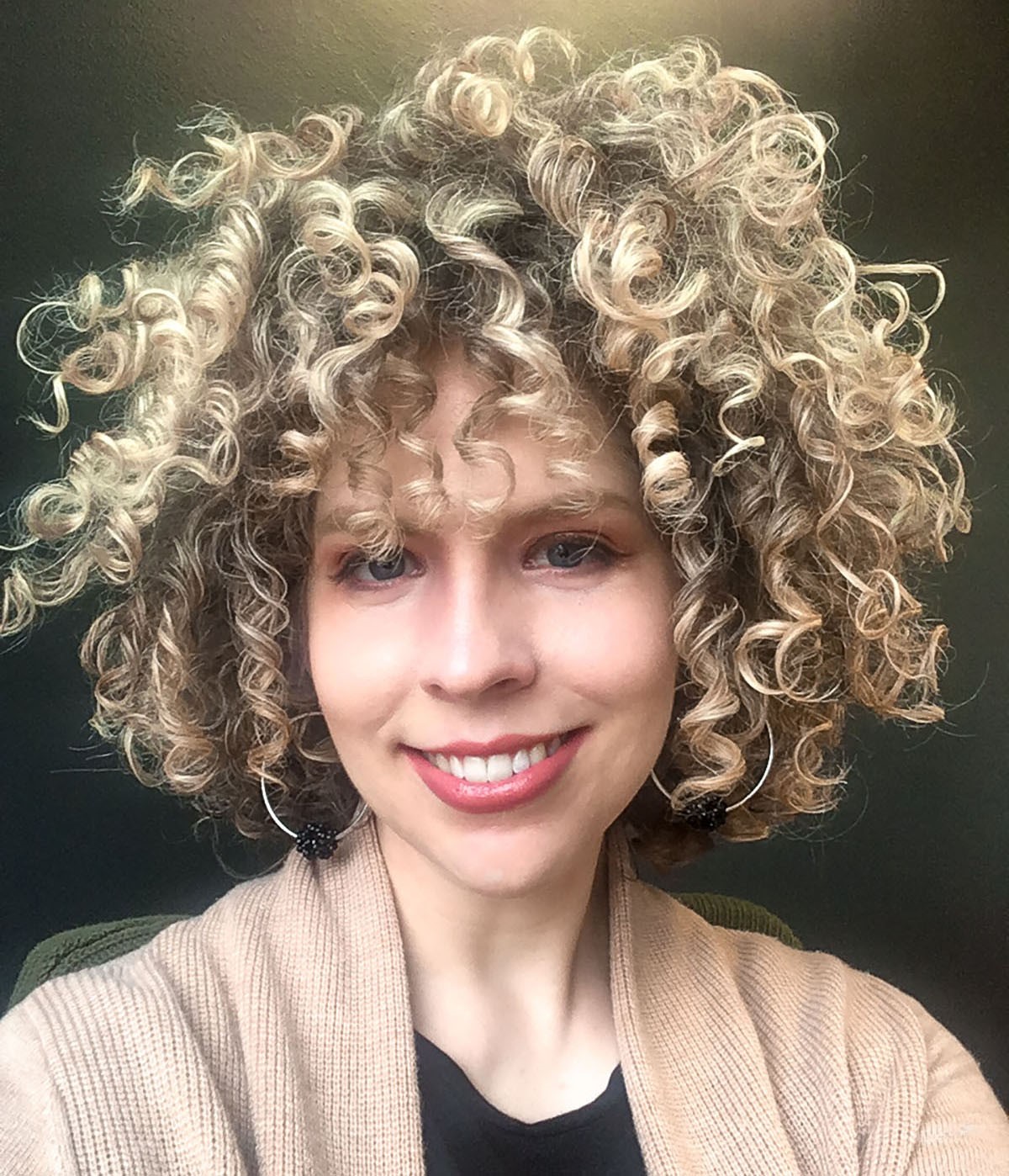 Wichita native Megan Ewert received her Bachelor of Fine Arts from the Kansas City Art Institute and her Master of Fine Arts from the New York Academy of Art (NYAA). She is the recipient of an NYAA Fellowship nomination and a summer studio residency hosted by Shanghai University and Central Academy of Fine Arts. She was also selected for the NYAA/WNA Eric Fischl Artist-in-Residence Teaching Program. Specializing in figurative drawing and painting, her work has been exhibited nationally and internationally.

In addition to her administrative duties, Megan is a lecturer for the ADCI studio arts program. She teaches both painting and drawing courses, including intermediate painting: materials and processes, and life drawing studio. 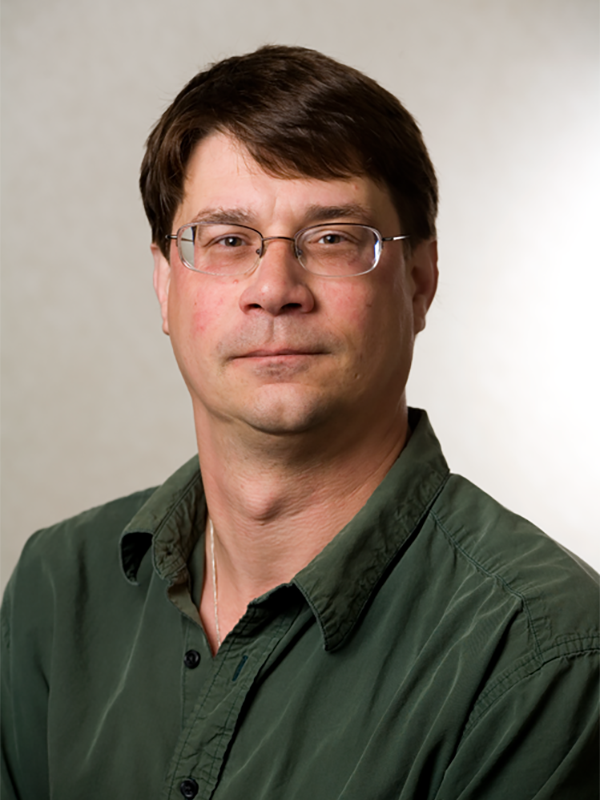 Ray Clithero is the Director of Fine Arts Facilities, which entails the coordination and supervision of many of the twelve facilities in which the college has a presence. He also serves as the supervisor of Performance Facilities, which oversees the more than 500 performances and presentations done by the college annually.

He is a true Wichitan, born and raised. He came to Wichita State to major in Theatre and found his true passion to be behind the stage rather than on it. After leaving WSU, he took a number of professional technical jobs throughout the U.S., including such stops as Louisville and Philadelphia, where he worked at a number of prestigious theatres, including Bucks County Playhouse and Pocono Playhouse. He also toured nationally with Mickey Rooney’s Broadway hit Sugar Babies.

He is also known for his work with Century II as the business manager for IATSE, as well as his long-standing time at WSU. 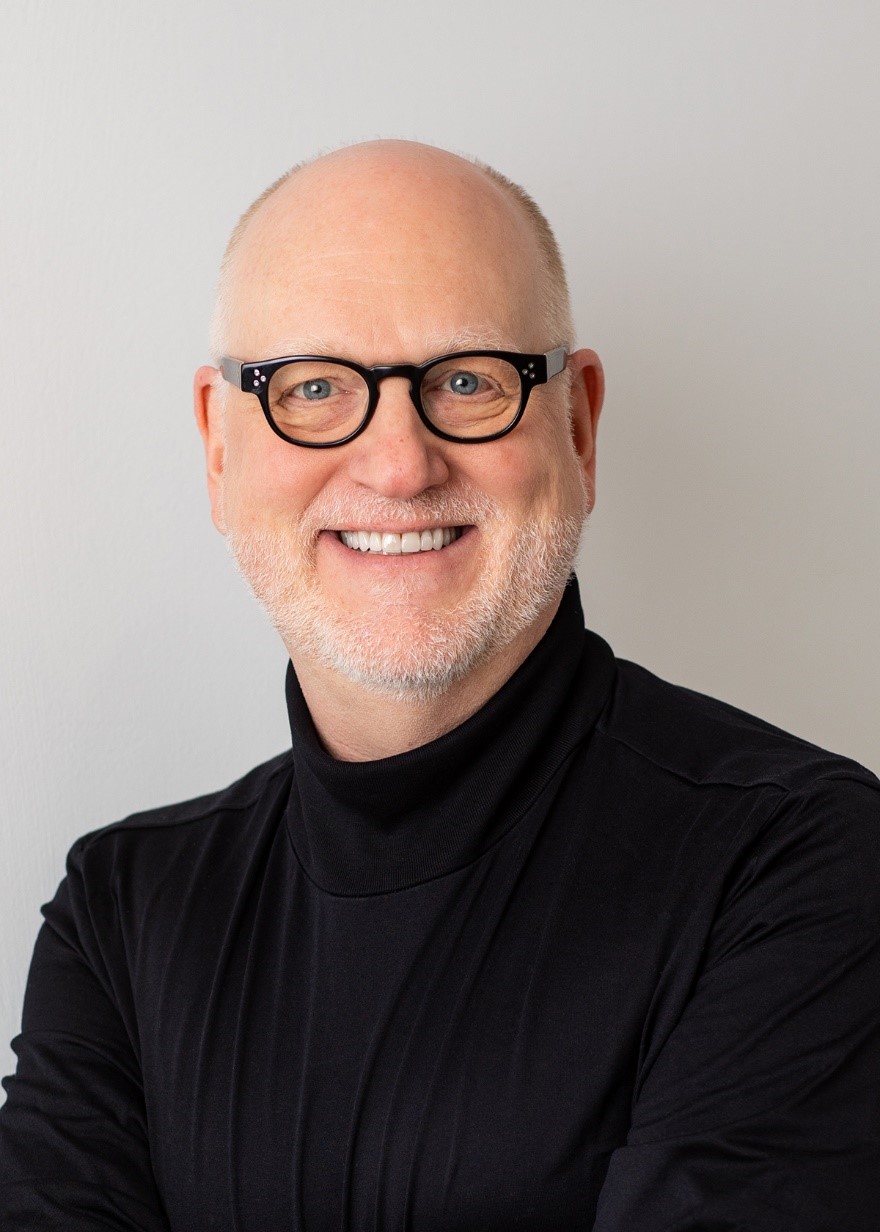 Kevin Wedan, Assistant to the Dean

Kevin Wedan, Assistant to the Dean, is a WSU alum with a B.F.A. in Dance from the College of Fine Arts. Upon graduating from WSU, Kevin moved to NYC where he worked as assistant to various deans of the Robert J. Milano Graduate School of Management and Urban Policy at The New School in Manhattan’s Greenwich Village.

After 25 years of taking advantage of all NYC has to offer, Kevin returned to Wichita, WSU, and the College of Fine Arts.  When he is not at his desk in the CFA Dean’s Office or in a dance class, Kevin can be found in attendance as an avid audience member of Wichita’s myriad fine arts performances and gallery showings. 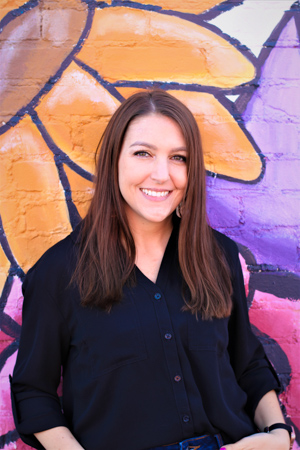 Kristen Watts serves the College of Fine Arts as the Director of Advising and Student Services. She received a B.S. in Psychology and an M.S. in College Student Personnel from Arkansas Tech University. Prior to taking on the role of Director, Kristen served in the Fine Arts Advising Center as an academic advisor. Kristen has also worked as an advisor in multiple capacities both at WSU and other four-year institutions.

Kristen and her team of Academic Advisors are dedicated to helping students reach their true potential, navigate their academic journey at Wichita State University and achieve their educational, career, and personal goals.

Throughout her childhood, Kristen was always involved with Fine Arts disciplines (primarily dance) and has passed down her love of the arts to her daughter, Sophia, who loves to sing and draw. Kristen knows first-hand the dedication, time, and passion Fine Arts disciplines take and admires the students, faculty, and staff who put their heart into their work. 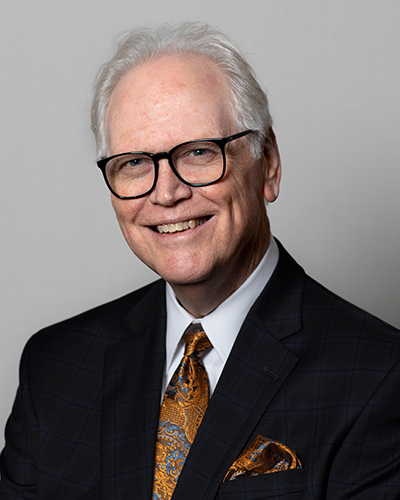 Your journey from young talented amateur to successful professional – whatever the artistic endeavor – can be a long and arduous one. But it can also be a journey that provides the deepest levels of ecstasy and fulfillment the human soul can imagine. It is a journey that you alone can travel . . . but it is a journey that cannot be made without the help of others.

Read more of the Dean's welcome