With conductors who are leaders in their field, WSU choirs celebrate musical excellence while providing an exciting opportunity for all WSU students to be involved in music.  Open to students in any major, a WSU choir is the perfect place to give voice to your musical talent and form lifelong friends.

Former WSU choir members are now prominent music educators, professional singers, private voice teachers, church choir members, doctors, and lawyers, but most importantly, lifelong music lovers.  The transformative experience of singing in a choir is one that truly allows you to "go anywhere." 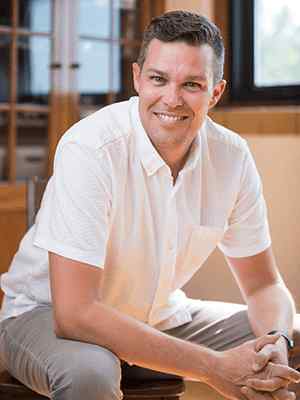 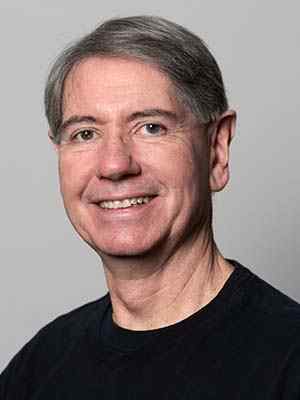 Interested students should check out our future students page or click below to find out more about auditioning for the School of Music.

We ask that Graduate Students contact their respective faculty member(s) to schedule the necessary steps to join us. Feel free to check out our Graduate page for more info! 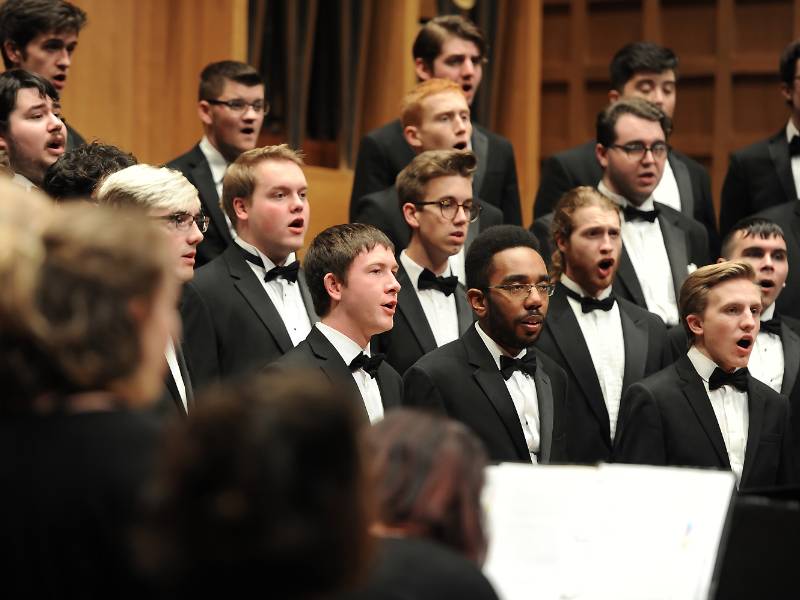 Shocker Choir is a bass clef (tenor/bass) voiced chorus made up of both music and non-music majors. The ensemble performs an eclectic mix of classical, folk and popular music, reflecting the diverse musical interests of its members. Shocker Choir performs annual fall and spring concerts, participates in the Candlelight Christmas concert, and performs as part of athletic, academic, and social functions throughout WSU's campus. Shocker Choir is open to singers campus-wide who desire a quality bass choir experience through meaningful repertoire, collegiality, and excellent performance.

Wichita State’s WuChoir is a treble voice ensemble for both music and non-music majors. WuChoir performs an eclectic mix of classical, folk, and popular music reflective on the diverse and inclusive musical needs of its members. They perform annual fall and spring concerts, participate in the Candlelight Christmas concert, and perform as part of athletic, academic, and social functions throughout WSU’s campus. 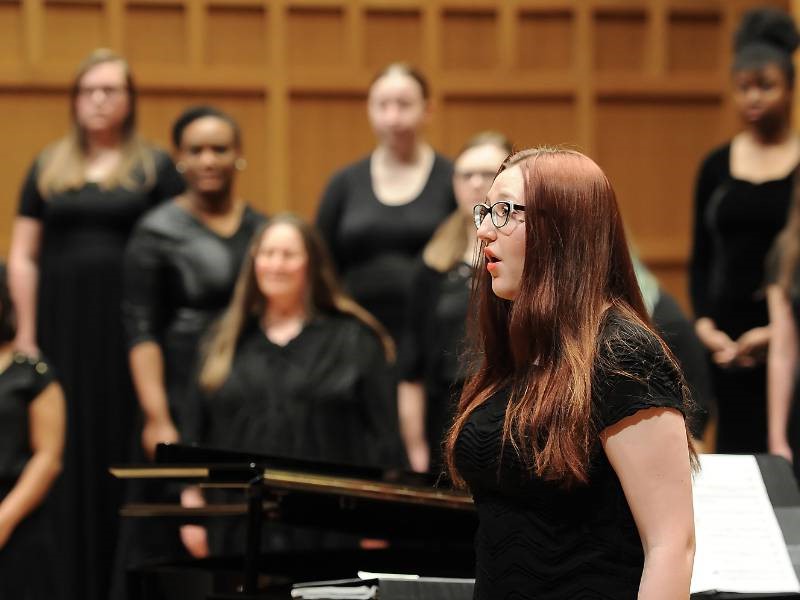 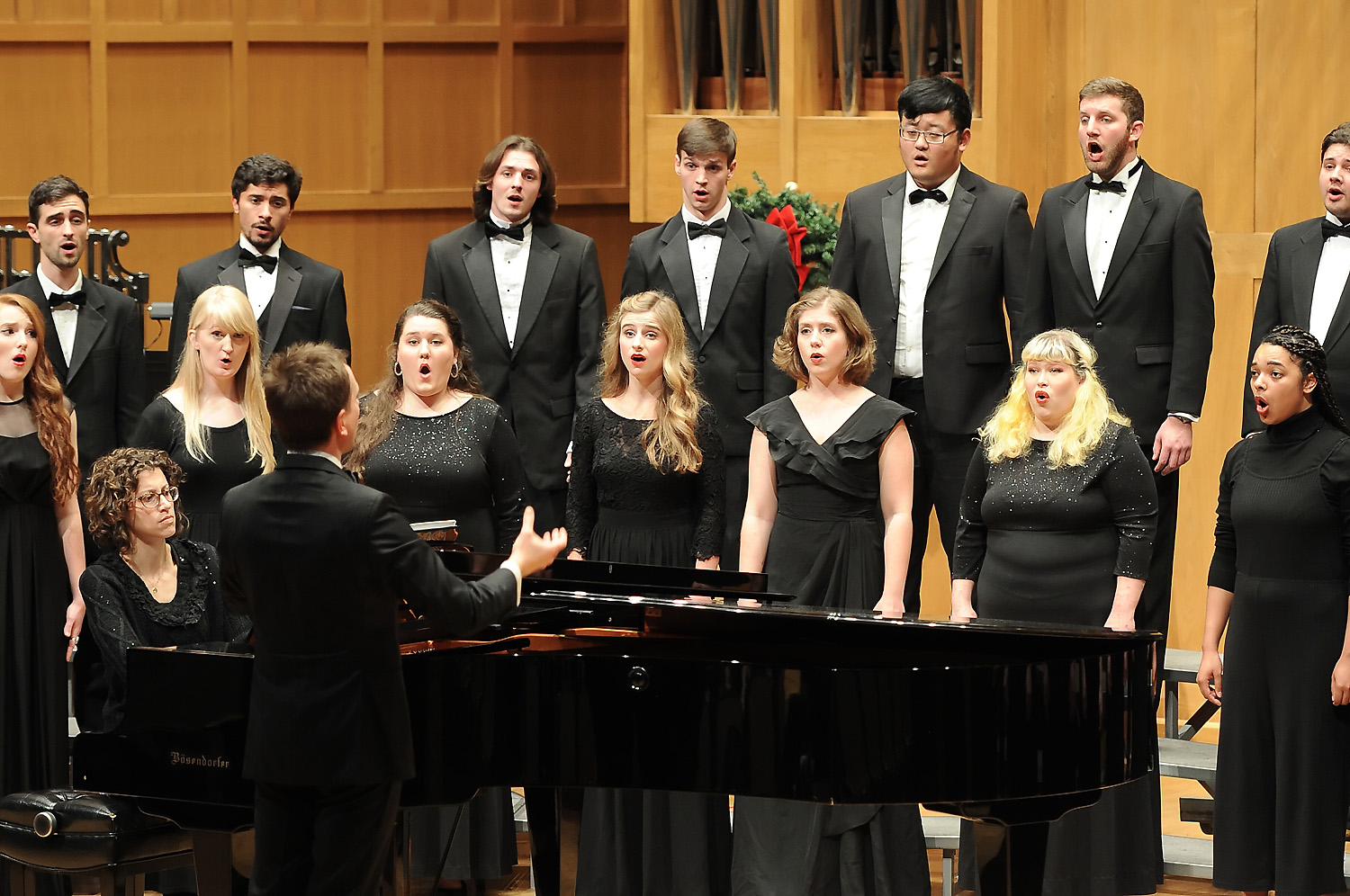 The Wichita State University Concert Chorale is the premiere choral ensemble at Wichita State University. The Chorale is a highly-selective, auditioned choir open to all WSU students, regardless of major. The choir specializes in the performance of a wide variety of significant choral literature from the Renaissance through the twenty-first century.

The Chorale combines annually with other WSU choirs to present the annual Candlelight Christmas Concert. It also combines with ShockerChoir, WuChoir, and the WSU Symphony Orchestra for the spring oratorio, past performances of which have included Durufle's Requiem and Bernstein's Chichester Psalms, which were performed under the direction of Robert Shaw during one of his guest residencies at WSU. The ensemble has also performed Poulenc's Gloria under the baton of Craig Jessop, former director of the Mormon Tabernacle Choir. The Chorale and other WSU choirs performed with internationally acclaimed operatic artist and WSU alumnus Samuel Ramey in his appearance in Wichita in 2001. The Chorale joined forces in 2003 with celebrated organ virtuoso Stephen Tharp, who accompanied the Chorale on the university's world-class Marcussen Organ.

The Chorale has a rich history of notable conductors, including Harold Decker, Harrison "Bud" Boughton, René Clausen, Robert Glasmann, and most recently, Michael Hanawalt. In the fall of 2019, Ryan Beeken assumed directorship of the ensemble.

Madrigal Singers is a select mixed ensemble of 16-20 voices, open by audition to all members of the WSU community. The ensemble specializes in chamber choral works and presents the annual Madrigal Dinner Renaissance Feaste. They also perform in the annual Candlelight Christmas Concert, and tour and collaborate with other chamber musicians and artists. 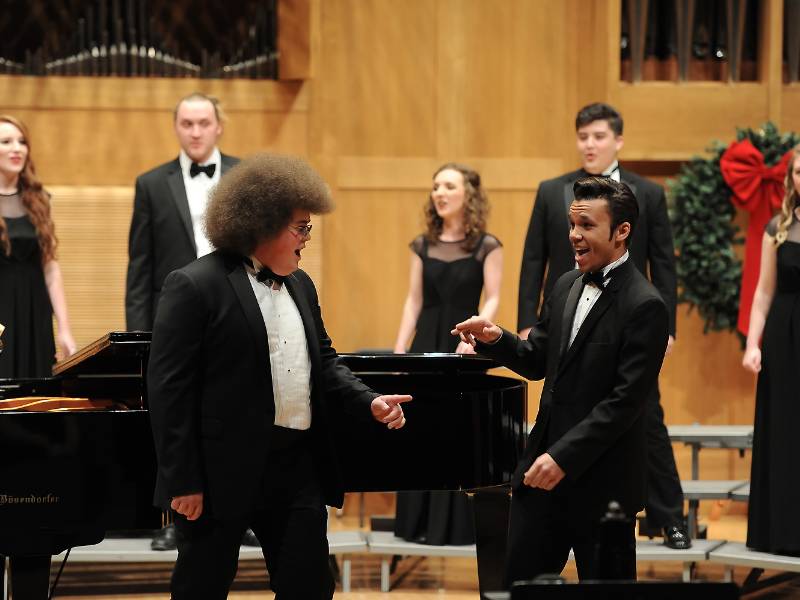