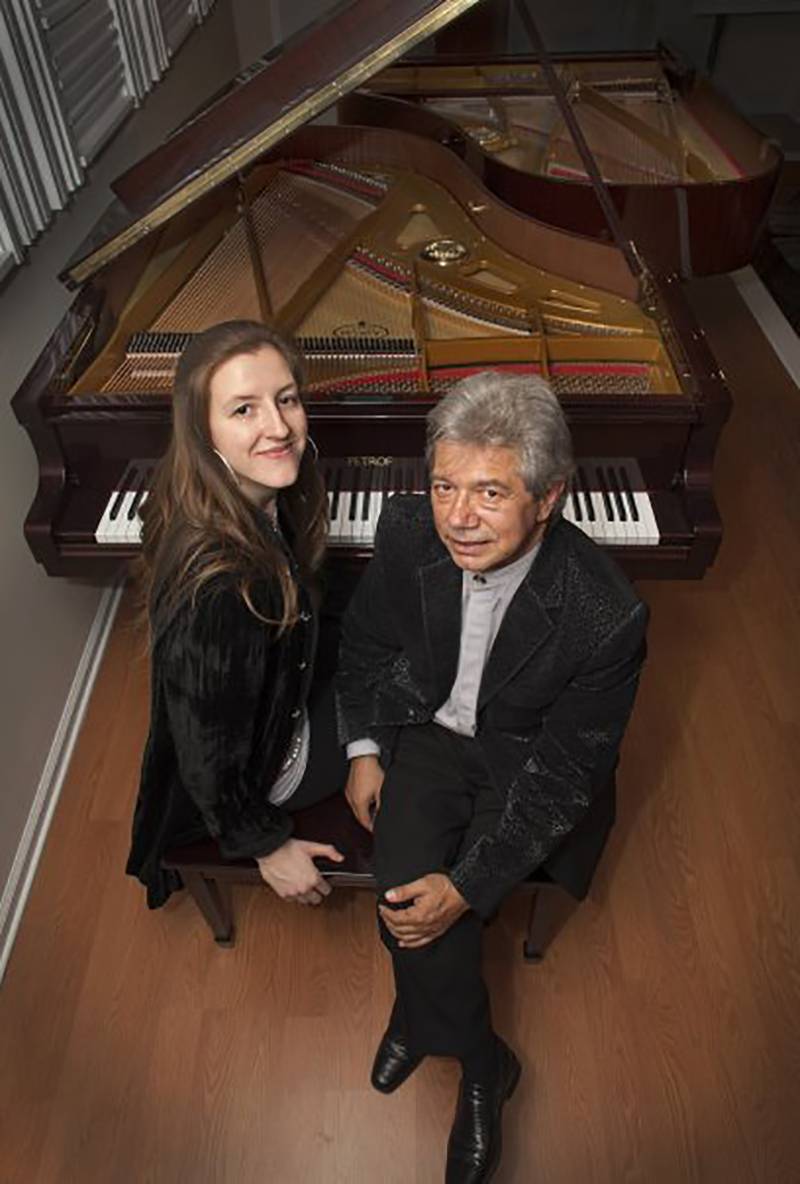 Russian-born Mexican pianists Anatoly Zatin and Vlada Vassilieva formed Duo Petrof in 2003. Fifteen (15) years and 4 CDs later they have been named Contemporary-Classical Ensemble of the Year by the Mexican Music Awards in New York, won the 2018 United States International Duo Piano Competition, got Silver Medal at the Global Music Awards twice and Bronze at the Prestige Music Awards, third prize at the 2017 On Stage international classical music competition and were nominated for the Hollywood Music in Media Awards for their two-piano arrangement of El Jarabe Tapatío. Highlight performances include Carnegie Hall, Merkin Hall, Royce Hall (UCLA), music festivals in Europe and Asia. Anatoly and Vlada teach at the University of Colima (Mexico). They are fervent admirers of Petrof Pianos and proud members of the Petrof Art Family. Their latest album, Duo Petrof plays Ant. Petrof, can be found on iTunes, Spotify and Amazon.

Get Your Ticket Here

All tickets to the College of Fine Arts events are available for advance purchase at the main Fine Arts Box Office located in the Miller Lobby of Duerksen Fine Arts Center during box office hours, by phone and online. (Any tickets purchased online or by phone will be placed in Will-Call to be picked up either at the main box office or during the hour prior to the event at the venue.)

The Box Office for all Fine Arts Venues will open 1-hour prior to the start of a ticketed event for will-call and ticket purchases. Please plan to arrive early to avoid line(s)!.

Sorry, we are  not able to hold tickets without advance payment.