Proper ALT Text is one of the most basic, yet most overlooked, elements of webpage Accessibility. Use the following guides to keep your webpages up to Accessibility standards.

What is ALT Text?

ALT Text is descriptive text applied to an image on a webpage or in a document. For those using screenreaders such as NVDA or JAWS, ALT Text is a vital element of a webpage.

While the user is browsing a webpage, the screenreader will read the ALT Text aloud. This allows that user to still be able to get information from or a description of that image despite not being able to see it.

In order to meet Accessibility requirements, ALT Text is required for all images throughout the Wichita State University website.

How Do I Apply ALT Text to an Image?

When inserting an image on your webpage, the ALT Text will be whatever text you place in the Alternative description field.

For images that require longer, more detailed ALT Text such as infographics, floorplan/architectural renderings, or mathematical diagrams and processes, it is usually easier to write out the entire text in another application (Word, Pages, WordPad, TextEdit, etc.) and, once finished, copy/paste it into the Alternative description field.

Once Save is selected the ALT Text is attached to the image.

Note: The Insert/Edit Image settings box will NOT let you apply an image until there is ALT Text in the "Alternative description" field. 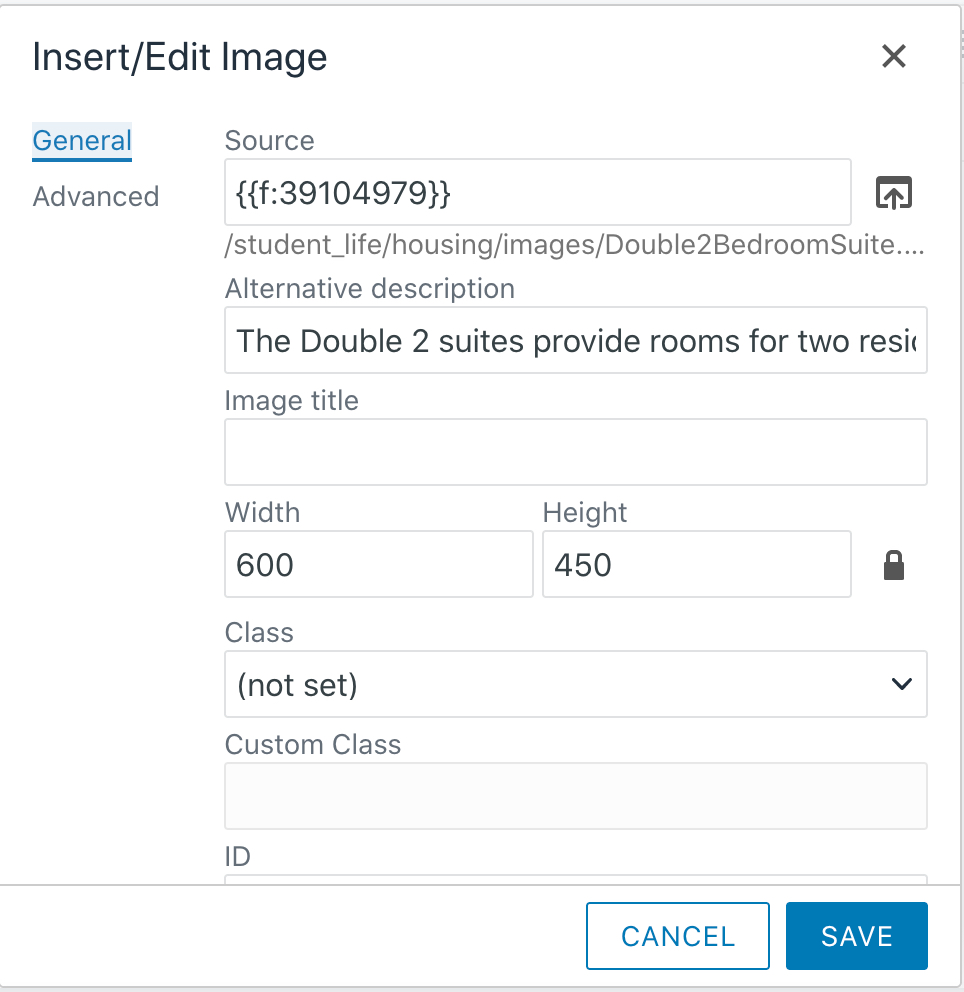 Screenshot of the Insert/Edit Image settings box. ALT Text is inserted into the Alternative Description field.

My webpage published with No Known Accessibility Errors. Does that Mean My ALT Text is fine?

A good example of this would be the banner image that appears on every page when it's initially created.

This image appears across the WSU website on many pages... and it's an accessibility error on almost every page it occurs on. Yet it isn't reported in Omni's accessibility check when a page is published.

The image has ALT Text automatically applied when the page is created, but that ALT Text is contextually wrong.

Let's take a moment to see why its ALT Text is contextually incorrect, why the system doesn't recognize the error, and how we can fix it.

Setting Banner image ALT Text is different from setting ALT Text for other images on a webpage. With the page checked out and while in edit mode, select the MultiEdit button toward the top right of the screen.

In the Hero Image field we can see the dependency link for the image. The Image Description field below it is where the ALT Text for the banner image is set. Note that it currently says "placeholder." The word "placeholder" is automatically generated by the system when the page is created. It's literally placeholder text meant to be replaced by the person creating and editing the page, be it with descriptive text of this specific banner image or with descriptive text of any other image the creator/editor may use as a banner image instead.

As "placeholder" is not descriptive text for the image it is, technically, an accessibility error. The system does not recognize it as such because it only recognizes whether there is or isn't ALT Text - it can't determine if that text is proper in context or not. Therefore, we need to change the Image Description text.

To correct the issue, we replace the text "placeholder" with, in this example, "Four WSU students walking by Rhatigan Student Center." If we wanted to go into more detail we might note that it's a sunny, pleasant-looking day, maybe which entrance the students are passing in front of, or maybe what direction they're heading. For now we're staying with the basic description.

Once the text has been replaced, select Save and publish the page. The ALT Text issue in the banner image has been corrected.

"Placeholder," as seen above in the default banner image example, is an obvious sample of this type of error, but vague placeholder-style reference is very common. Some examples would include:

The variations on this theme could be endless.

For infographics, ALT Text should be written out to the greatest detail possible based on the data and information presented. Following are some samples of proper infographic ALT Text. 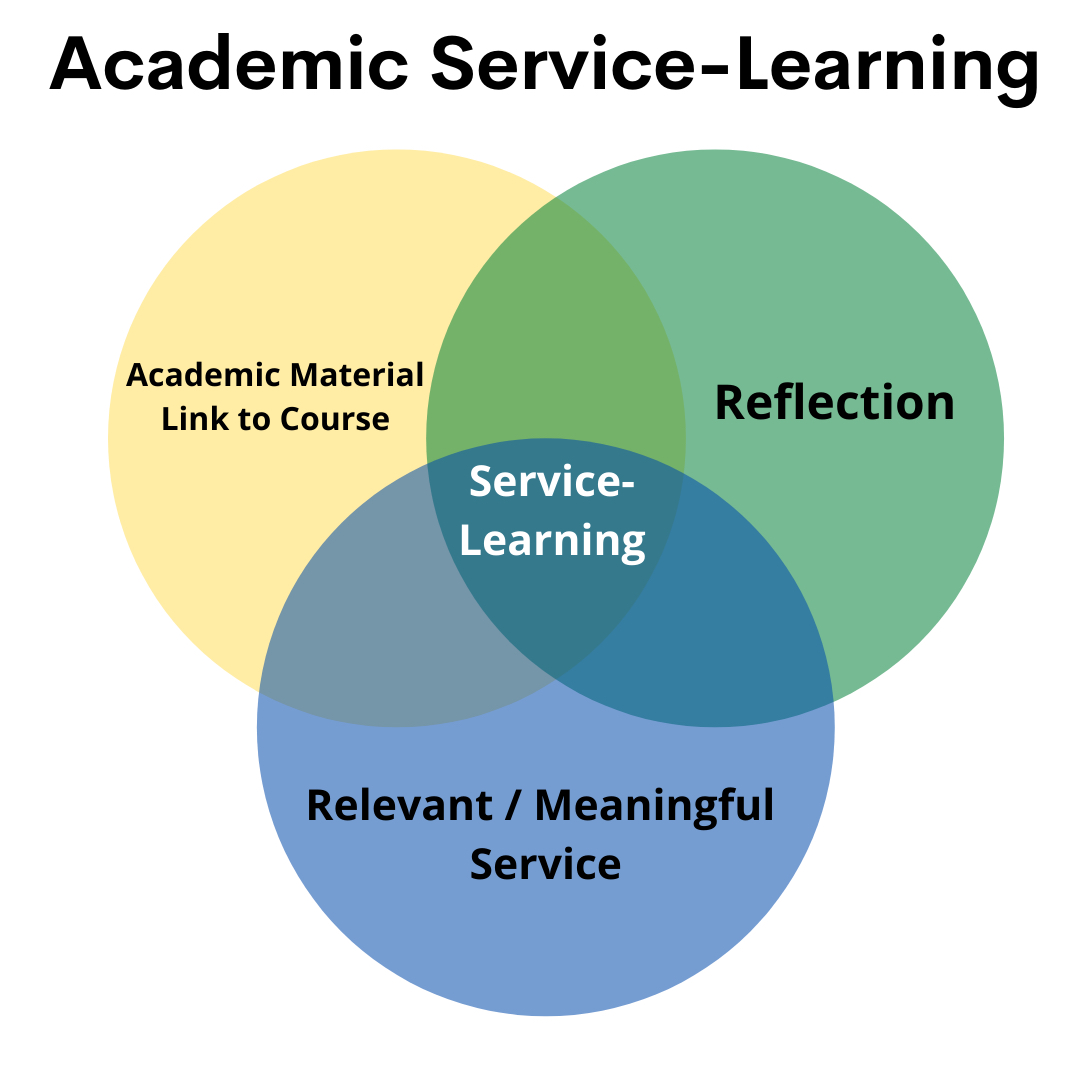 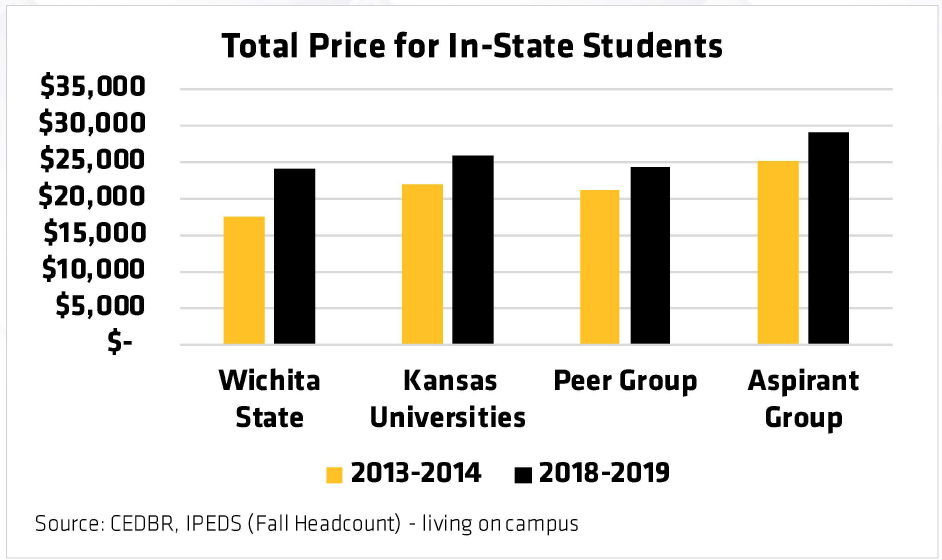 NOTE: The dollar amounts on the vertical axis do not allow an exact knowledge of the amount. Therefore, we describe the amount as exactly as we can based on what we can tell. 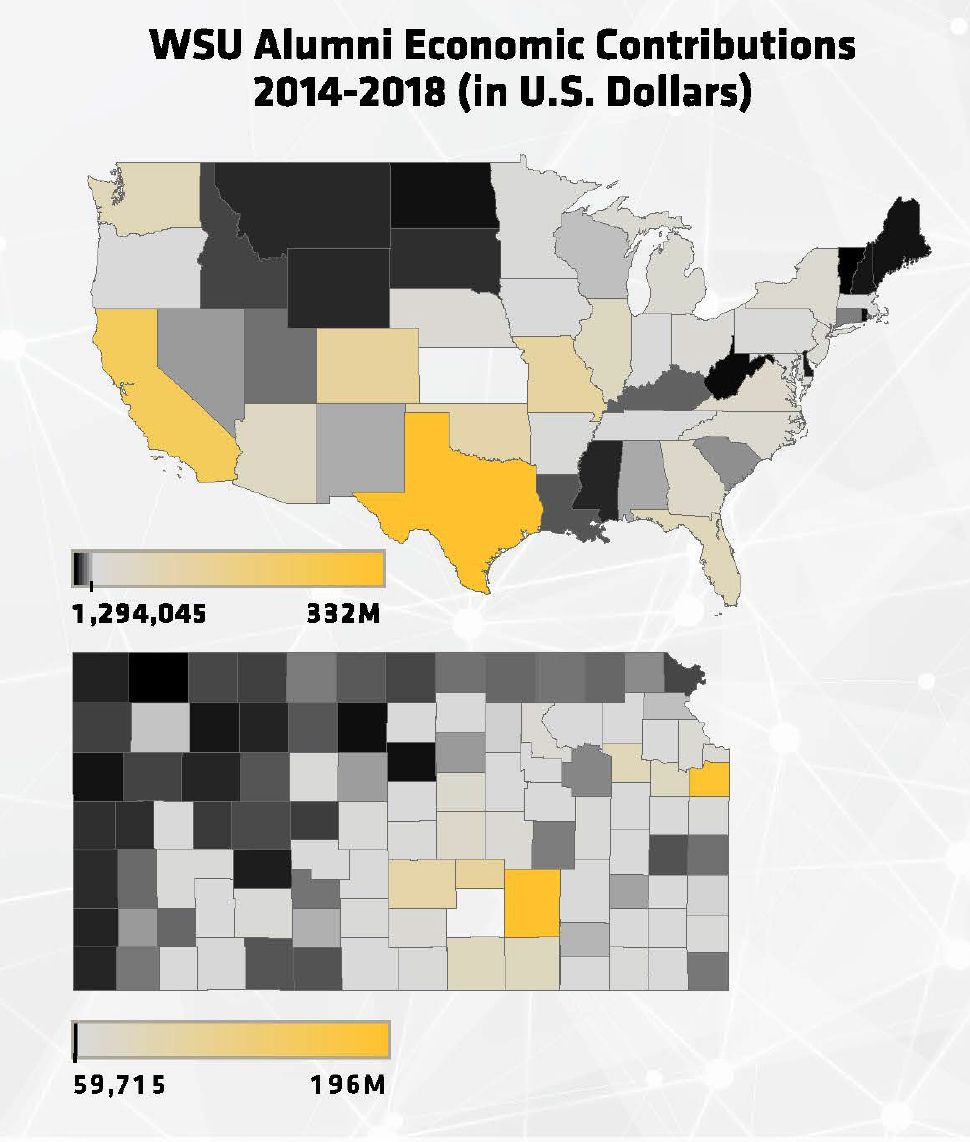 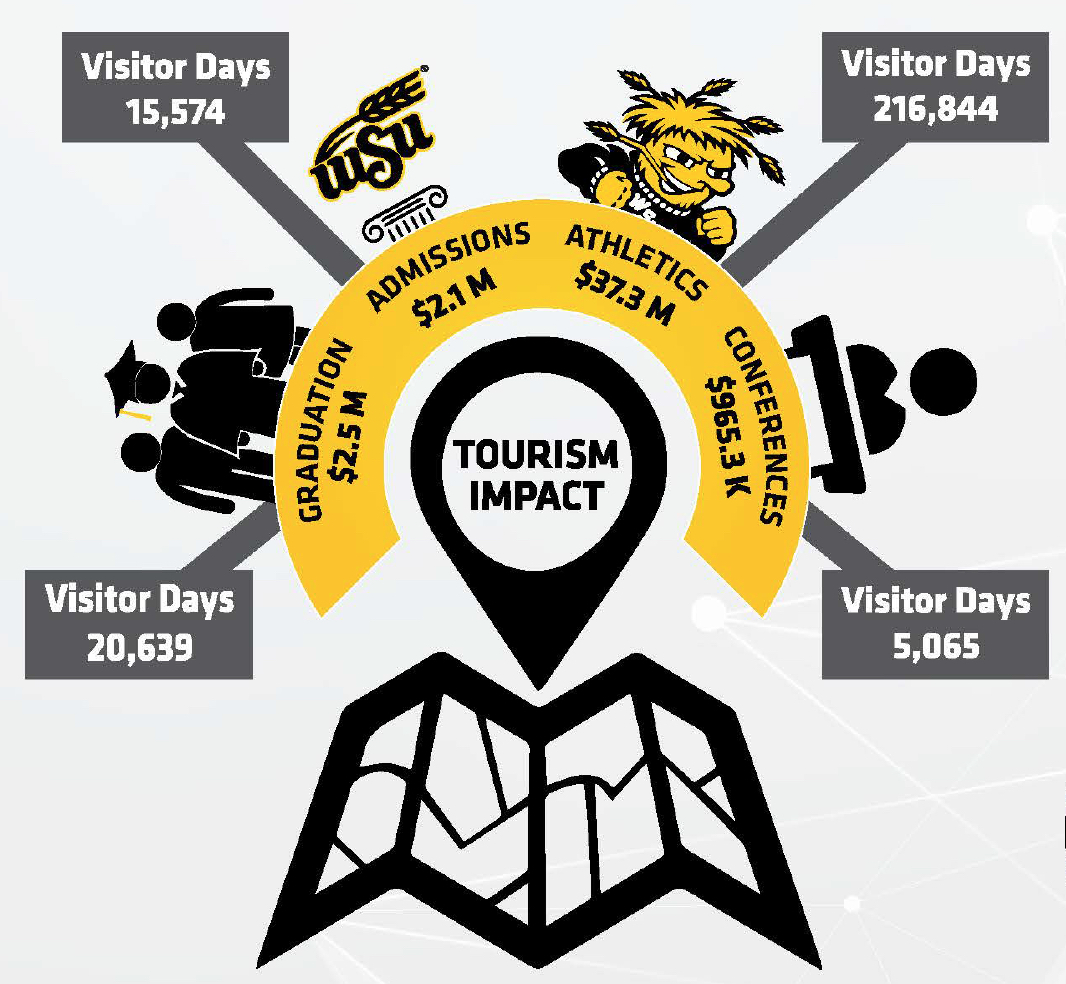 Floorplan and map ALT Text should be used to describe or outline that physical space as much as possible given the provided information. As such, in the example below, ALT Text such as, "Double two bedroom suite, one bath," is insufficient. 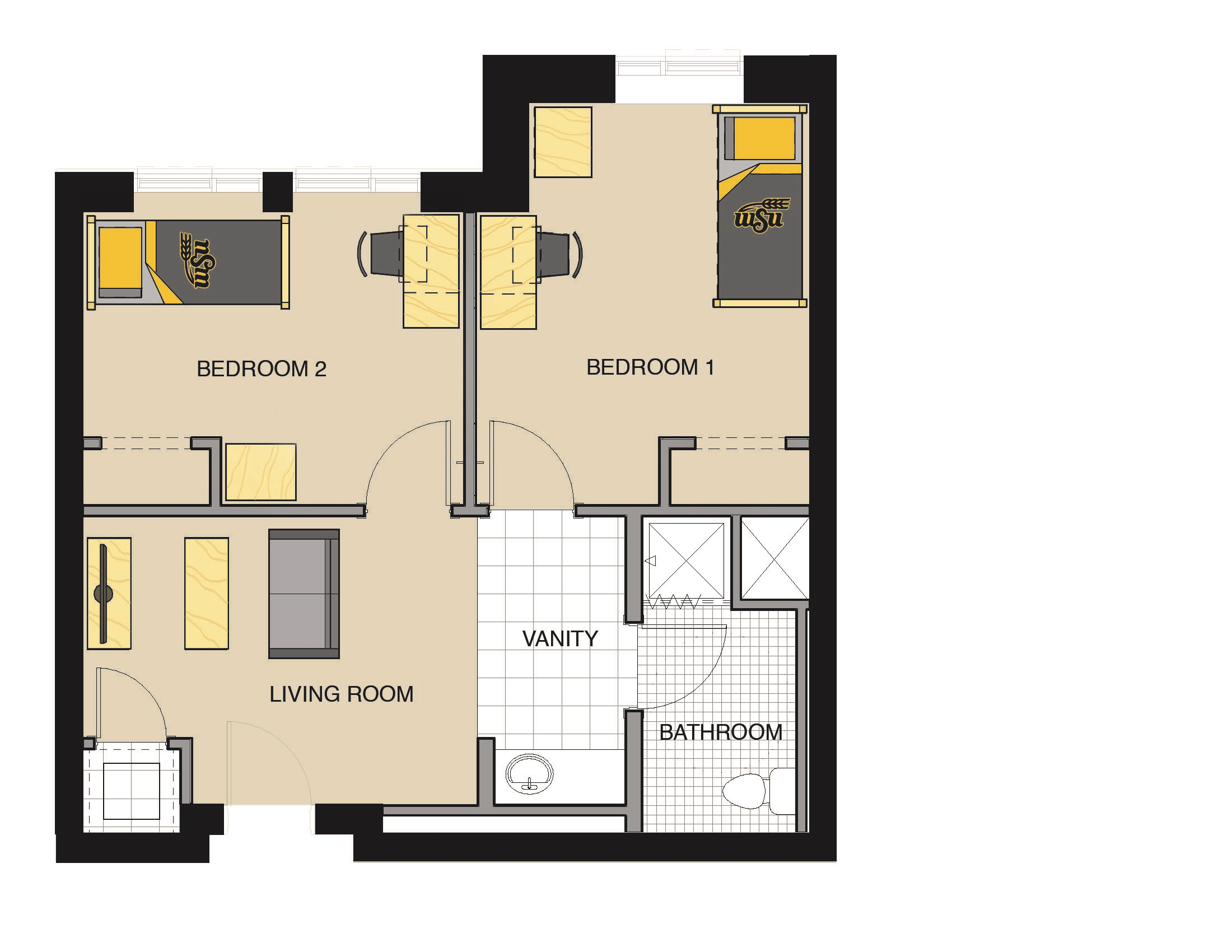 The Single 2 Bedroom Suite provides a private room for each resident with a bed, desk, dresser, and chair. In the common room area, there is a couch and coffee table. The suite contains 1 bathroom with shower, vanity, sink and toilet.

Creators and editors may wish to use images such as diagrams or applied mathematical formulae on their webpages. The most common ALT Text mistake is simply noting what the image is in general, such as "Exploded diagram of (machine)," or a "Diagram of (formula)" that provides little to no detail. "Computer screen showing data/charts/graphs." What is the data? What are the charts or graphs? What is the source of the information? If it's not obvious, what is the importance of the information and how and/or why was it generated? 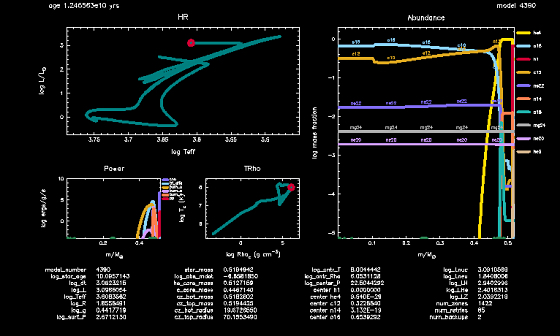 ALT Texting these types of images is best handled in the same way as infographics - by writing out the data as well as the data's applicability. What is the data, and what does it mean?

The same also holds true for graphs and charts illustrating mathematical formula in action, but should include formula name, principle, and goal. In addition, a mathematical graph or chart should explain the process that the graph or chart is demonstrating.

Sometimes screenshots like this are used not to give detailed data information, but to illustrate an application or tool that was used. For example, giving samples of the capabilities of an application can be a strong promotional tool for a department or an educational discipline. If this is the case the ALT Text would focus less on the data and its applicability and more on the function and usefulness of the application. 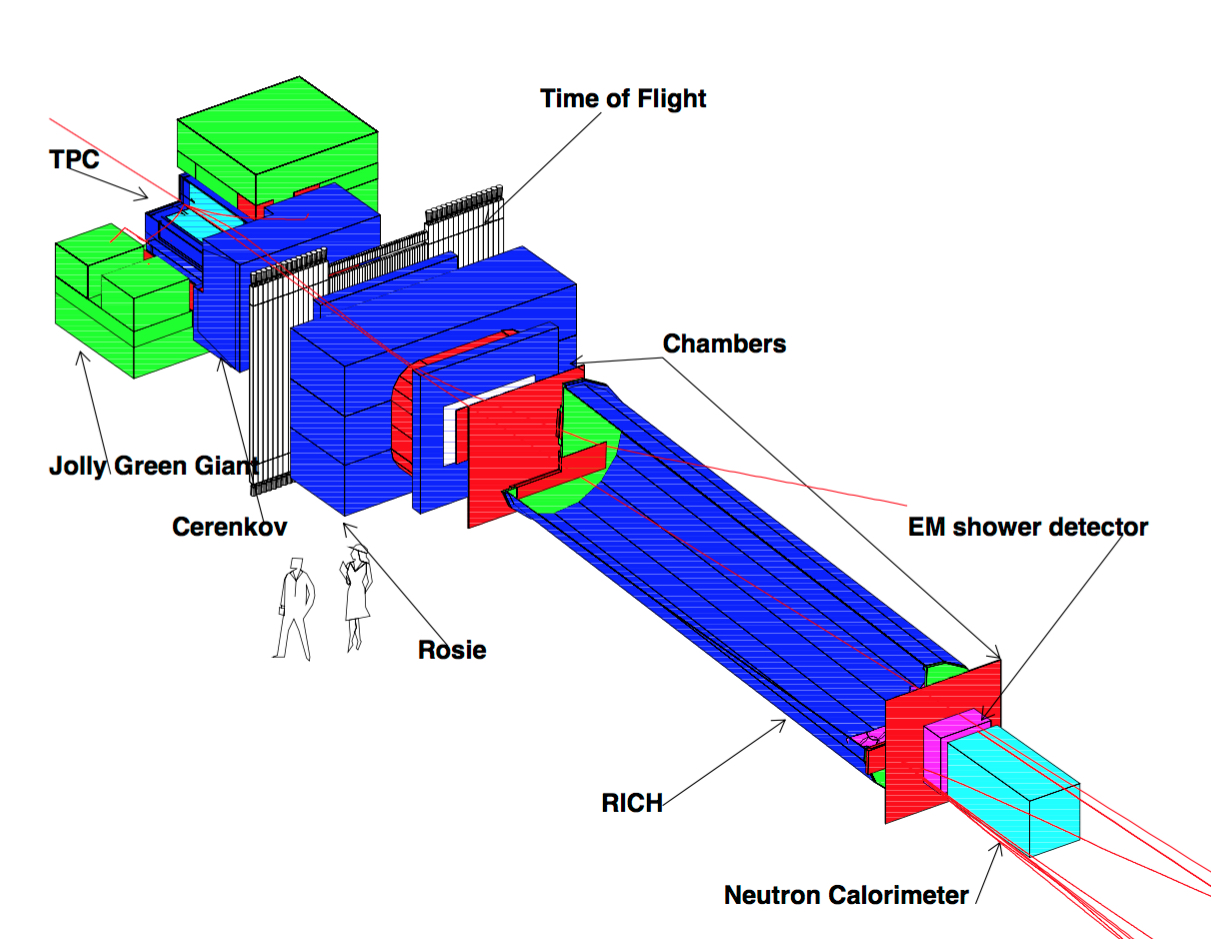 For a mechanical diagram, a good ALT Text would: